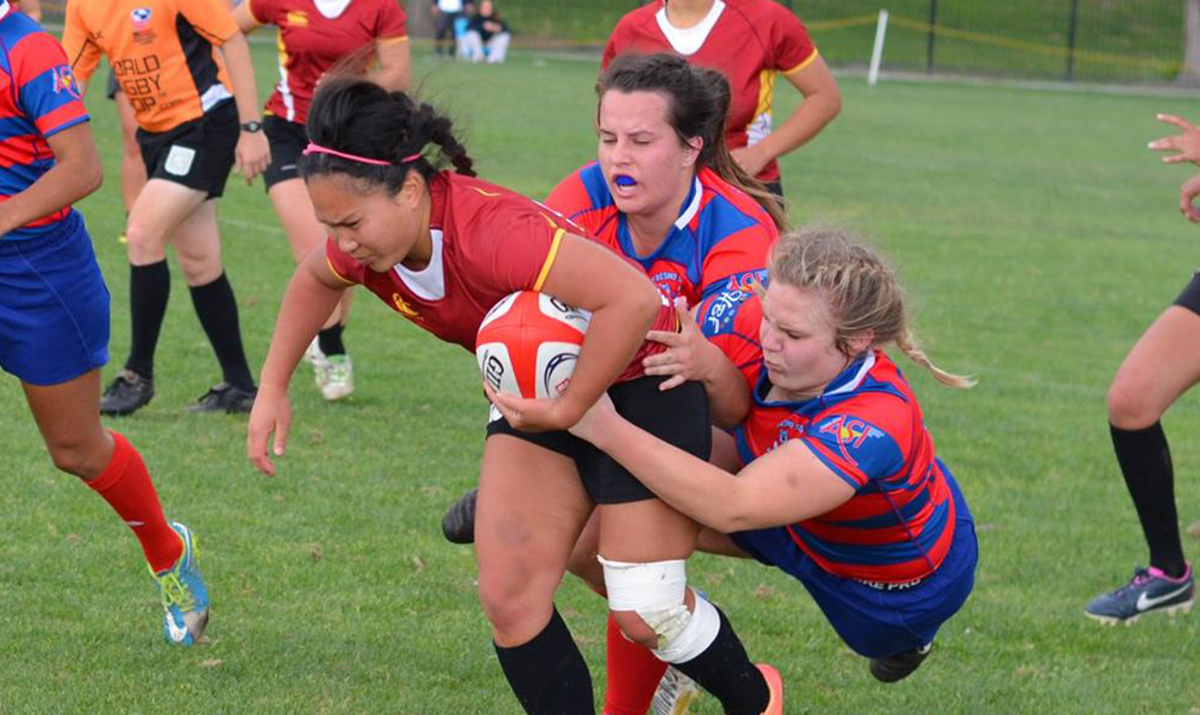 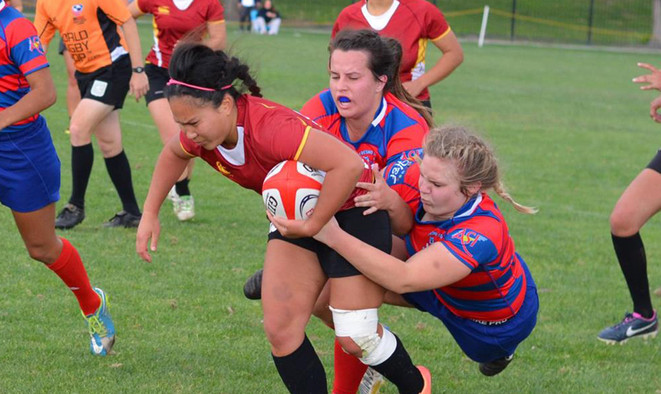 The University of Southern California played its way into the DII college spring semifinals and picked up a ton of confidence in the process. After a brutal Round of 16 win over UC Irvine Saturday, the Trojans eliminated Fresno State Sunday with a massive second-half surge, sealing the West seed to the spring final four.

USC was less than thrilled to be facing UC Irvine for the third time this season, but there was some comfort in knowing that it had won the previous match-ups. That comfort opened up an opportunity for Irvine.

“We knew we could beat them, and that’s where we might have lost it – in the head game,” USC coach Ian Ibbetson said. “We didn’t perform as well as I wanted. The rucking wasn’t really there, and we weren’t consistent in contact and lost the ball. Irvine was up for it and wanted to beat us.”

Irvine played to some of USC’s weakness and employed a good kicking game, which aided a 20-7 lead after 40 minutes. Despite the deficit, there was no sense of panic from USC during halftime. The Trojans have proved to be a second-half team, as demonstrated in the teams’ previous game (USC trailed 19-7 at half and won 60-31). Leaning on superior fitness, the SoCal side flipped the second-half switch, while also tidying up ball retention, and rallied to a 22-20 win.

On the other side of the bracket, Fresno State shocked UC Riverside in a 31-27 Round of 16 victory. Ibbetson watched that game as he anticipated Sunday’s quarterfinal.

“They were so handy. If they went into contact, they offloaded to someone in support,” the coach recalled. “Their centers were fast and ran direct lines – we hadn’t played that kind of style before, and I thought we were going to struggle to contain them.”

Fresno wanted that semifinal berth and put up 24 first-half points. USC responded with 10, putting it in a familiar position at half.

“You start getting in your head,” Ibbetson said. “We lost to Riverside [in league], they beat Riverside and now we’re down 14 points at halftime. It just depends on whether you think you can come back or if the game’s already lost. The girls said: We’ve got 40 minutes. We don’t want to go out like that. We can win.”

Flyhalf Yesenia Camacho was at the core of the passionate second-half response. The leader always fires up her teammates and is a constant source of inspiration. Second rows Joyce Chuinkam and Keilyn Robinson did an excellent job pounding it up the middle, and their continual go-forward started to test the defense’s staying power. The Trojans’ fitness started to prevail and the gaps began to crack open. USC piled on 31 points while holding Fresno to a second-half shutout, 41-24 the final.

While Ibbetson would love to start the game in the manner in which it ends, he’s content with these late-evolving wins.

“We were evenly match with Fresno,” Ibbetson said. “They were better ball-handlers than us and had the ability to move and put people into space. But then a little rain came down and they started to get tired, and we were able to keep the ball away from them. Panic, frustration set in, and the momentum shifted. The last 40 is where we survive, we know that. It’s all about wearing each other down and seeing where the opportunities are.”

These comebacks have fortified USC’s belief in itself, and that will come in handy as the Trojans prepare to play Pacific seed Humboldt in the spring final four.

“The grit, determination and resilience of this team blows me away,” Ibbetson said. “For them to play a brutal match Saturday and pick themselves up to do it again on Sunday, it’s incredible.”

The victor of USC vs. Humboldt on April 23 in Davis, Calif., will face the winner of Tulane vs. Salisbury on April 24 for the spring title. The spring champion will then play the fall champion in the DII national championship on May 7, St. Mary’s, Moraga, Calif.