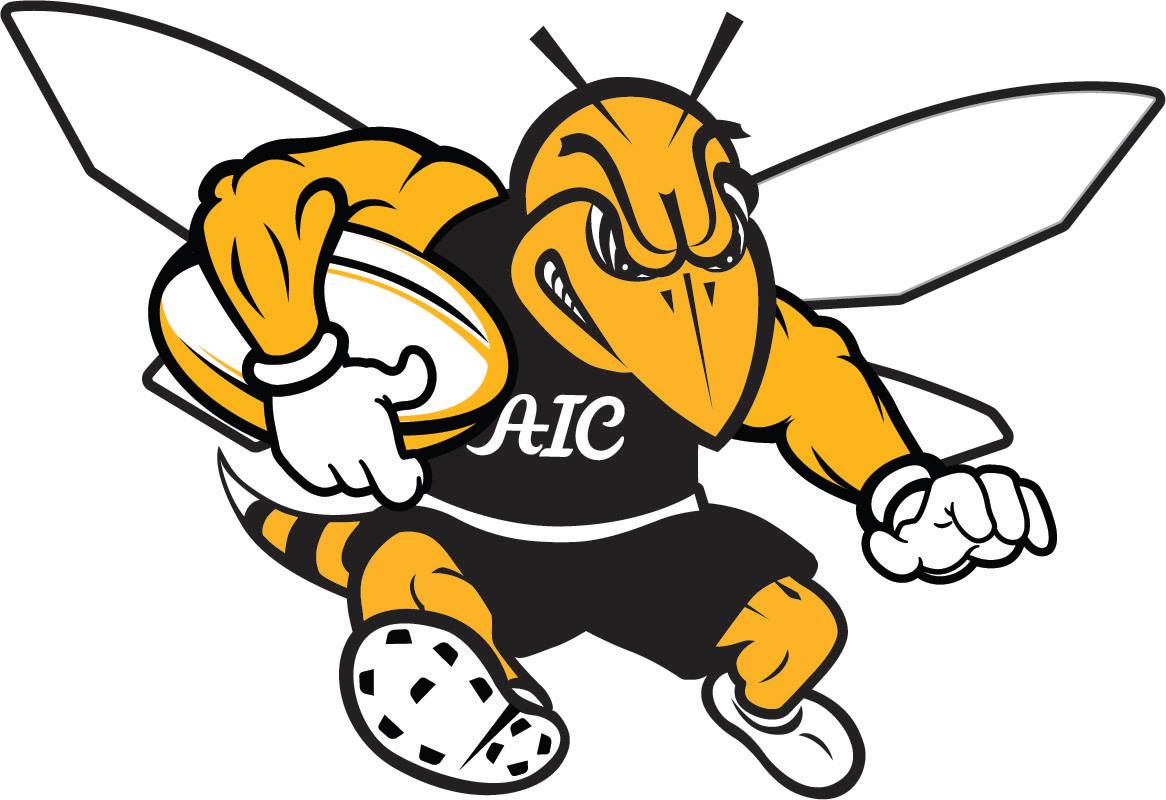 Yesterday afternoon, American International College (AIC) played its first official 15s game of fall 2021, and did so against fellow DII National Intercollegiate Rugby Association (NIRA) program West Chester University. It has been a tough season of cancelations and other disappointments, but the Yellow Jackets are persevering. Wednesday’s match, a 34-12 loss, provided great intel, and the Springfield, Mass., team is ready to grow from there.

T Fletcher first joined AIC Rugby as the men’s head coach and then took over the women’s program in advance of the spring 2020 season. Fletcher coached the women at the February 2020 Frostbite Tournament in Pennsylvania, and then Covid-19 lockdown began. During the pandemic, AIC was cleared for training, but it wasn’t team training. At first a player and their roommate could work together. And then negative Covid tests allowed a dorm floor’s worth of players to train together.

“We used that time in the pandemic to work our tails off and recruit,” Fletcher said. “We brought in the biggest class – for men and women – in AIC history. That’s really set us up for success.”

Setting the tone are team captains and sisters Kassidy and Ally Pothier. They’re also the halfbacks.

“Surprisingly, they get along really well,” Fletcher laughed. “They’ve played together since they’ve been here and they lead by example.”

They’re supported by a solid group of returners, all of whom know that seniority and All-American status don’t secure starting positions.

“Everyone came back this season trying to make up for lost time because they missed rugby,” Fletcher said. “And the freshmen we brought in understand the expectations and the competitive level we have at training and have stepped up.”

AIC was in a good place in terms of returning to play in fall 2021, but mishaps were in store. The team’s opener against Albany “should not have been played,” Fletcher said of AIC’s very green opponent. Games against Brandeis and Yale were canceled, and Fletcher indicated that Stonehill is having van issues for an upcoming fixture. The Yellow Jackets expected to play 15s against Lander University, which is in its first season with NIRA, at a neutral location in New Jersey, but that game was altered to 10s.

“Yes and no,” Fletcher said of whether players are disappointed. “It’s all about how we deliver things to our student-athletes. We’re honest about it. ‘It’s not the original plan but it’s a game. It’s an opportunity to get off campus and put other people on the field and just see all the work we’ve put in. Let’s see what you’ve got.’”

This year’s NIRA DII has essentially whittled down to three teams that can play 15s this fall: AIC (Mass.), Queens University of Charlotte (N.C.) and West Chester (Pa.). Notre Dame College and Molloy College dropped out of NIRA, potentially for good, and Univ. New Haven is a first-year team like Lander in terms of playing in NIRA. Alderson Broaddus is active but still playing 7s, and there has been no activity from Post.

“I always thought the hardest part of this job was going to be selecting rosters,” Fletcher said. “But no one could have prepared themselves for this. I don’t care what degree you have or what age group you’ve taught or coached before; this is tough. I encourage athletes to use the sports psychologist and counseling services that are available to varsity athletes, but a lot of times your athletes are going to go to the coaches, because there’s a sense of loyalty and trust when they’re miles from home and they’re looking for the right answers and help. So I’ve made team-building a focal point for, number one, their welfare.”

AIC finally got its first official 15s game in West Chester, Pa., and did so on a Wednesday afternoon. The whole team traveled and banked all of that good team bonding that comes with an 11-hour round trip.

“It was a dog fight from the beginning,” Fletcher said of the match. “Last weekend we really focused on defensive structure and they nailed it. West Chester, being the respectable program that they are, just capitalized on our mistakes.”

The teams were knotted at 12 until minute 47. Annekkia Ritter-Truxal and Dom Ray scored AIC’s tries and Kassidy Pothier kicked the extras. West Chester center Autumn Czaplicki scored two of her three tries on the day, and captain Julianna Aliprandi kicked the conversion.

“Things got a little sloppy on both sides as the game went on and we turned over possession too many times,” Fletcher said. “We just didn’t protect the ball and they were able to score tries off of that. On defense we were working hard to get back ball that we had originally brought into contact.”

The Golden Rams pulled ahead in the middle of the second half, as Olyvia Eckard, Aliprandi and Czaplicki scored tries, and Aliprandi kicked two conversions. Eckard also added a penalty kick to cap the team’s 34 points.

“Once they scored two tries in a row, we couldn’t respond back,” Fletcher said. “We looked super defeated. It’s just a part of the mental aspect we haven’t had a chance to develop yet this season.

“The loss hurt, but no, I’m not disappointed. At the end of the day, I’m proud of each and every athlete,” the coach continued. “We played well and a lot of really good things happened. We just let off the gas at certain points and little mistakes ended up being costly. But now we have a point to look back on. We will watch film and fix the things we need to work on. How we bounce back, that will be a testament to where we are right now.”

Fletcher called out freshman wing Ritter-Truxal, who used the opportunity to show everyone what she’s learned and put it all out there. The coach praised the work of Suley Guerrero and also freshman Lou Justice, who has been playing in the centers but might also see time in the pack. Either way, Justice is doing good things for the Yellow Jackets this fall.

“Now we go into fall break, which will be some good time off so they can reset,” Fletcher said. “It’s a curse and a blessing going into break with a loss, but it’s also a bit humbling. The loss will be on their minds, but then they’ll come back, we’ll flush it, and then it’s time to work again.”

When the team reassembles, it’ll prepare for an Oct. 16 NIRA match against DII Queens University. The game will take place at Mount St. Mary’s in Emmitsburg, Md. The Royals have played seven 7s, 10s and 15s games this fall, and are also busy working a big roster. Read more.

“They 100% want to make the post-season,” Fletcher closed. “But the bigger focal point is, ‘One day at a time.’ When we look ahead and things get canceled, that’s what hurts.”