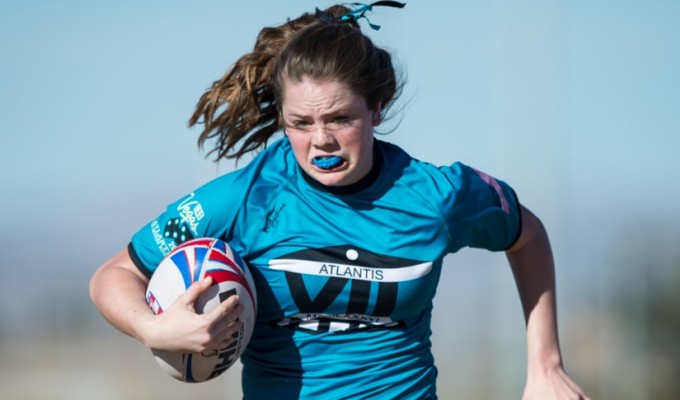 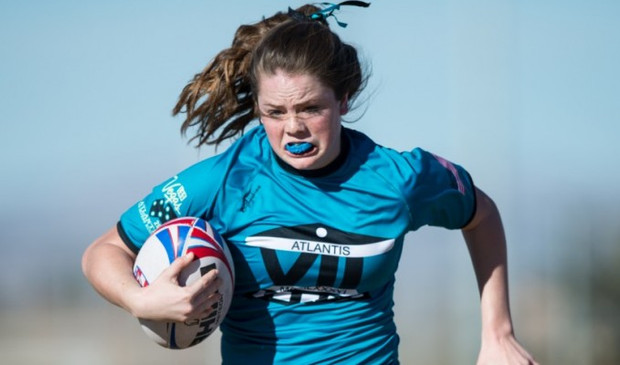 Emily Henrich, only a sophomore, is already an Atlantis veteran. /// Photo: Dave Barpal

Atlantis is upholding its tradition of strong representation in all LVI divisions and sending two U18 girls teams to the tournament this year. Twenty-three players will be divided into Elite and Open squads, and selections to each will be determined after training sessions in Las Vegas.

The pool of players includes many familiar faces – some of which graduated from the Atlantis U16s, which debuted at last year’s LVI; others who helped the Atlantis U18s to a 2015 New York 7s title; and more still who recently returned from the Girls High School All American (GHSAA) East Winter Camp in Florida. Other highlights include Megan Bird, who traveled with the Midwest U19s to Florida for a two-game tour last week; Emily Heinrich, the lone GHSAA who played in last summer’s two-game series against the British Columbia U18s; and Delia Hellander and Brianna Vasquez, who were selected to the elite HS residency program at the OTC last summer.

The games begin on Thursday, March 3, and the final will be played inside Sam Boyd Stadium on Saturday at 10:06 a.m.