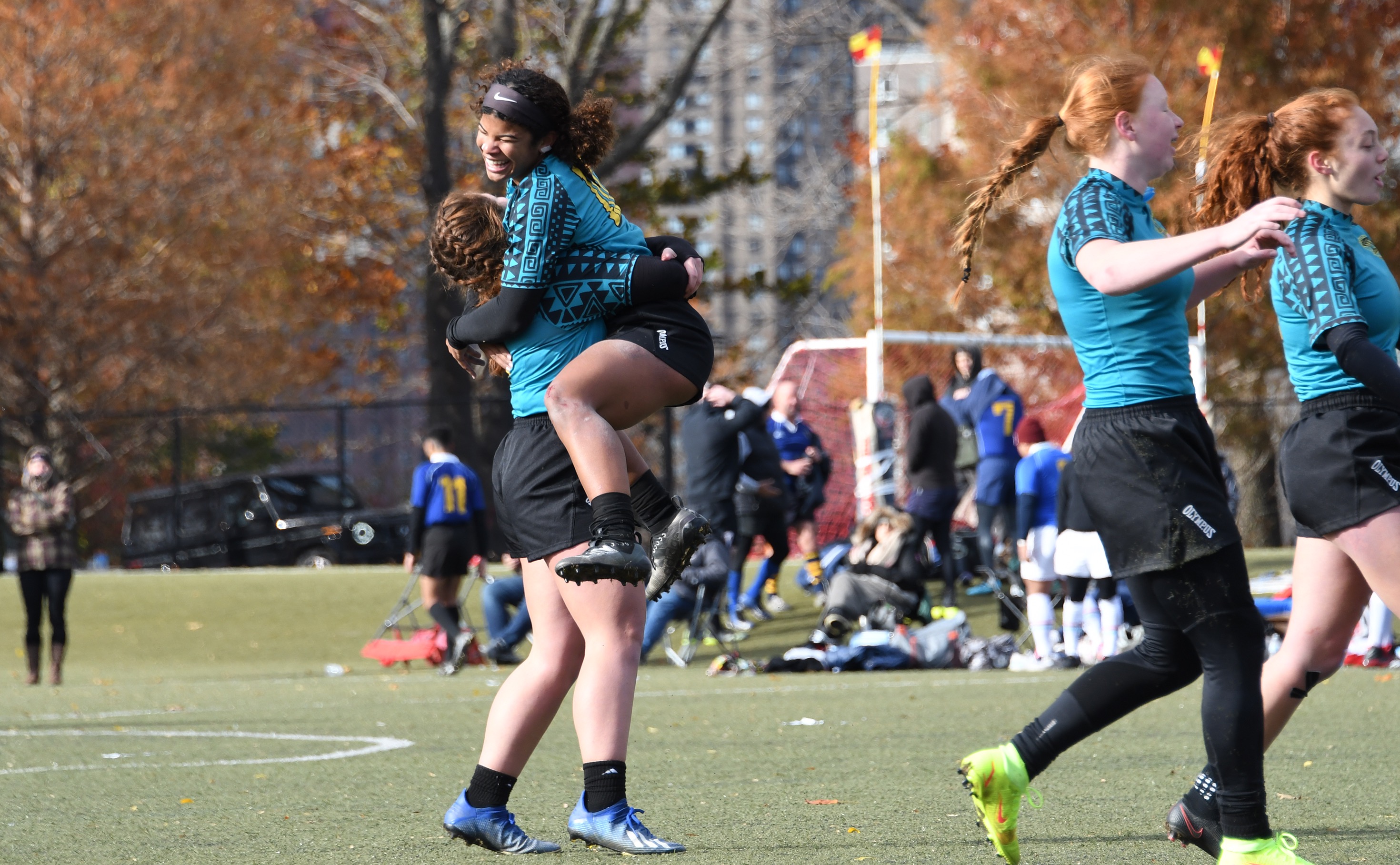 Atlantis is happy to be back at it / Photo: Lindsay Eisenhart

Atlantis is one of, if not the premier, select side 7s entities in the country, and high school and senior teams have been idle in terms of competition since the 2020 Los Angeles Invitational. Atlantis returned to play for the 2021 New York 7s and entered four teams in the senior women and high school brackets. The day yielded a first, second, third and fifth place finishes, but more importantly put the teal jersey back on the pitch to restart the legacy.

“What was really cool … is that of the 24 high school players, only two of them had ever played for Atlantis before,” Atlantis manager Diane Ramage enthused. “The other 21 were brand new to the program. Unfortunately, we had one other veteran, Lily Myers, who took ill the day before and wasn’t able to join us.

“On the women’s side, we went with 10 players versus the standard 12 and I think it worked pretty well, as we took the Cup for the White team and added lots of brand new players to our Teal side,” Ramage added. “Gave those players more game time, and seemed to have shortened the “getting to know you” phase. Also exciting was that we had seven current college students that had played with Atlantis in high school that were now a part of the women’s Premier teams.” 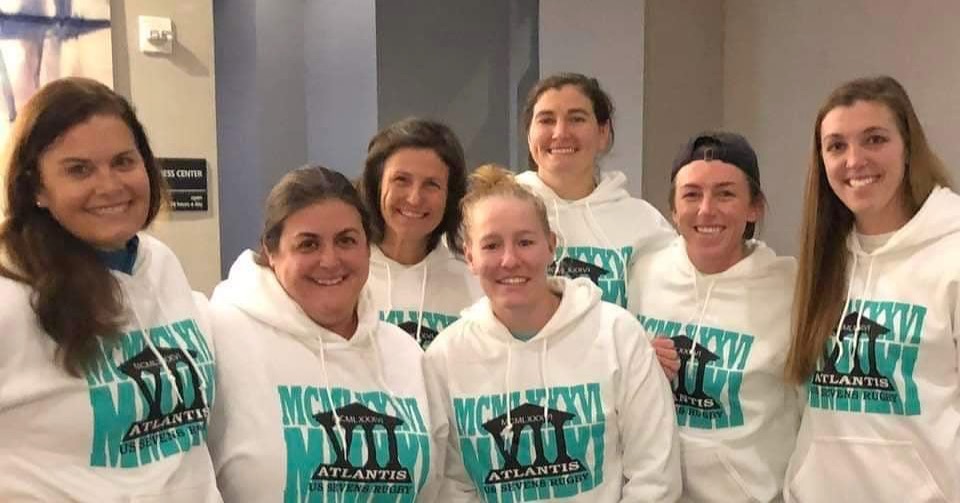 Joining Ramage on the program-wide staff was Josie Ziluca, Director of the Atlantis Women’s Program, and KJ Feury as medical. Tom Feury and Kate Daley led the Premier teams while Lauren Shissler served as assistant coach. Anne-Marie Lemal Brown and Stacy Mancuso were head and assistant coaches, respectively, of the High School Club team, and Kate Flanagan led the High School Premier team with the assistance of Lisa Henrich.

“It had been so long, I think we all were learning together again, myself included,” Flanagan noted. “We talked about what a good opportunity Covid gave all teams to level the playing field and have the ability to establish their identity again starting at NY 7s.”

Maddie Doyle and Alissa Eisenhart captained the High School Premier team that finished second to Canada’s Upright Rogues. The day started with a 28-24 pool-play win against Upright, then 17-12 loss to ARPTC and 52-0 win against the Northeast Academy. A 26-0 win against Aspectuck put Atlantis into the final, where Upright rallied for a 27-0 victory. 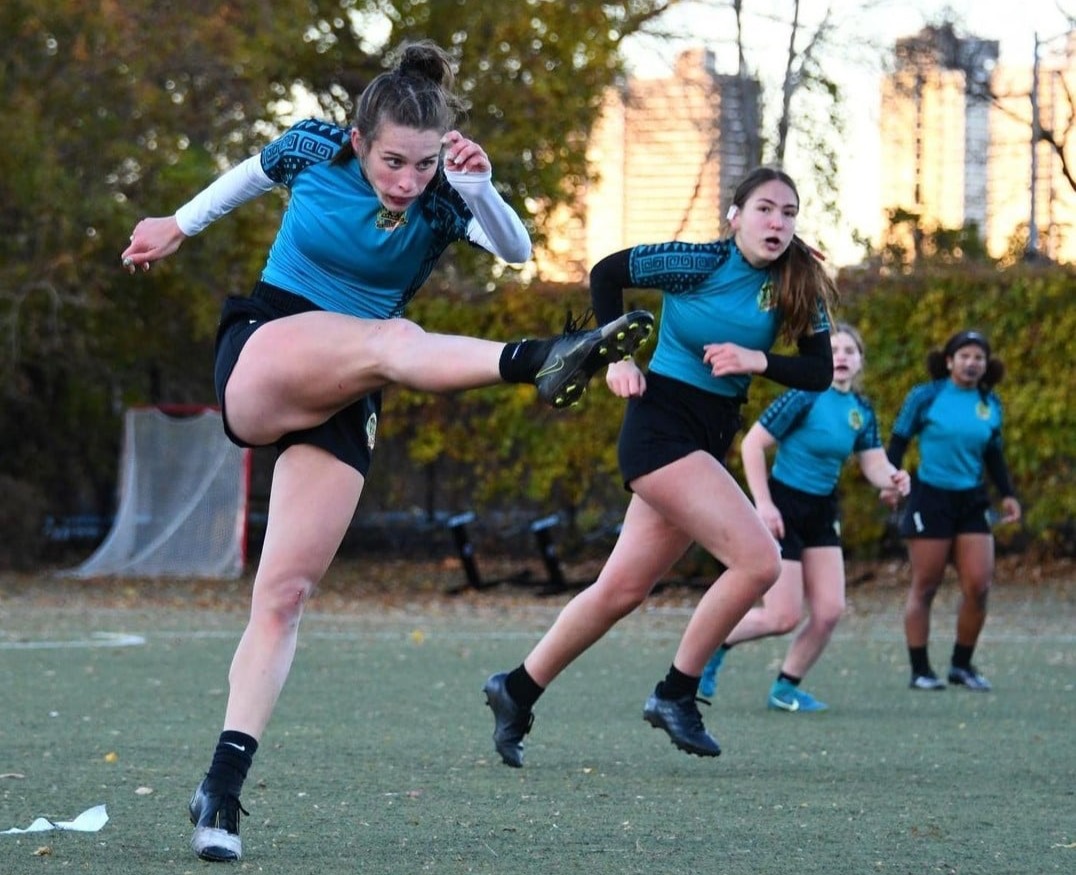 “The competition was great,” Flanagan noted. “We had competition that was well rounded with speed and size. I think Alissa Eisenhart’s kicking was extremely dependable and Lennox London did a great job putting defenses on their back foot as did Chloe DeLeon.” 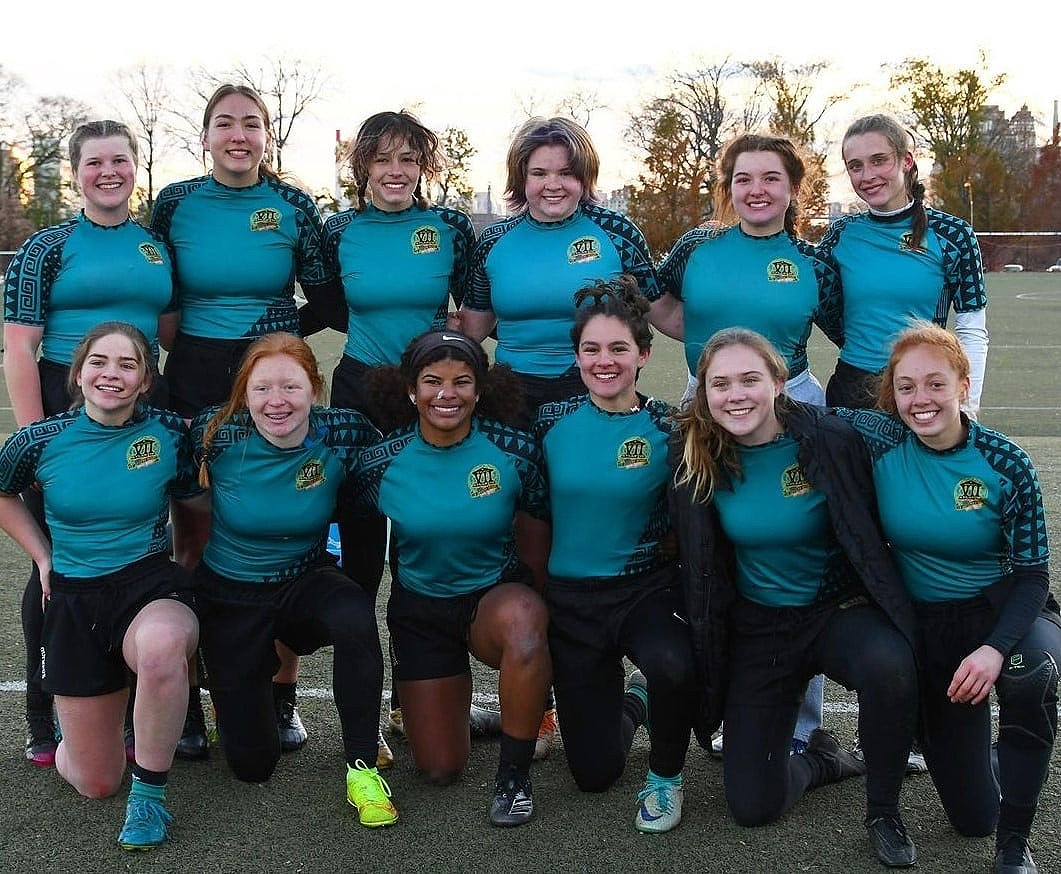 The High School Club team finished third in its division, and got great leadership from captains Annie Henrich (Orchard Park, N.Y.) and Leila Galarza (Morris, N.J.). The team had to play the Celtic Barbarians twice and lost them 33-26 and 33-17. Atlantis split those games with a 50-5 win against Les Demoiselles, and regrettably, its final match against Les Madames was one via forfeit. 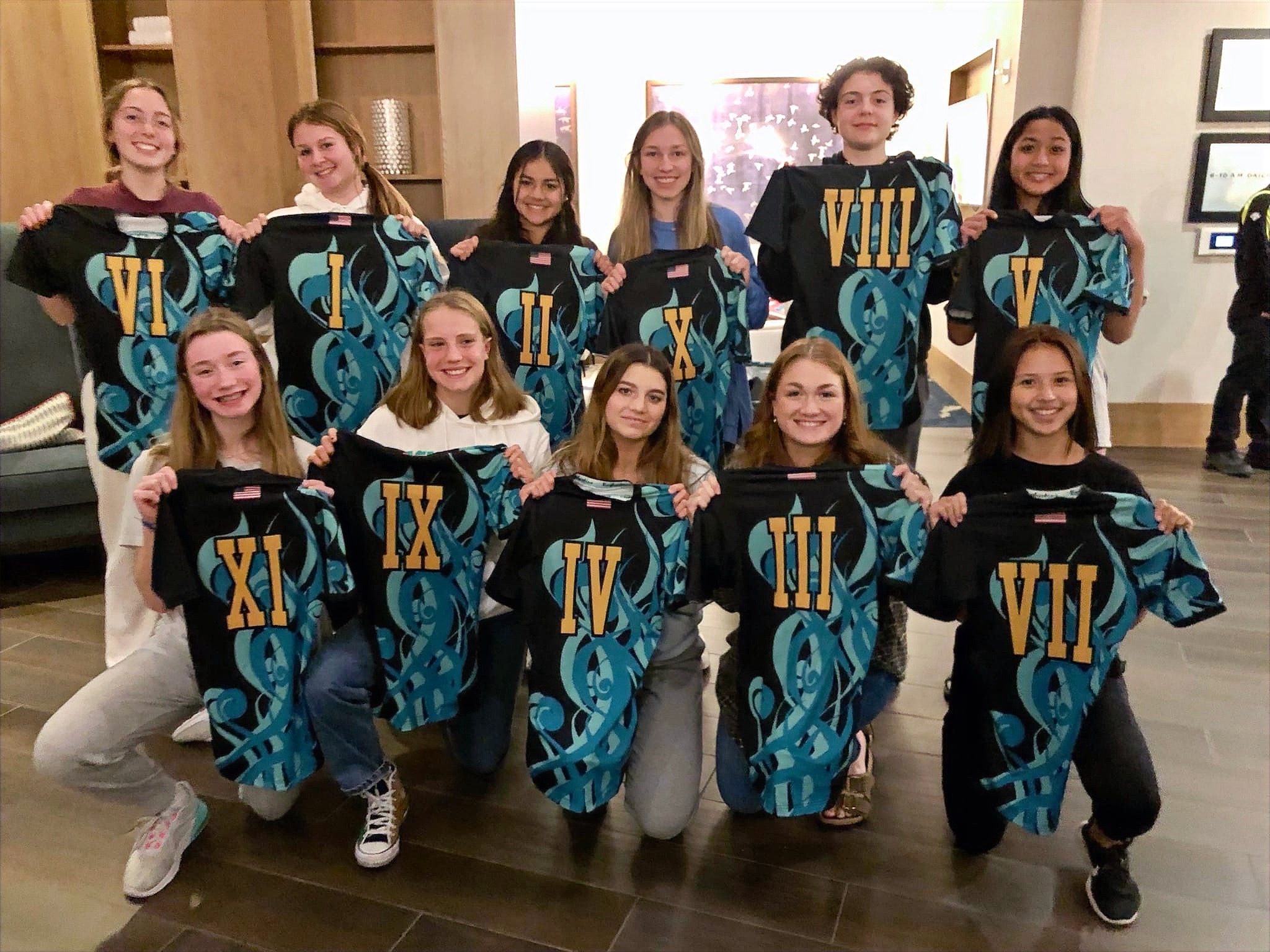 The Premier Teal team finished fifth overall, losing to Roots B and Northeast Academy, and then winning its final match 24-5 against Roots A. Princeton’s Sydney Hsu led all points-scorers with 14 on two tries and two conversions. 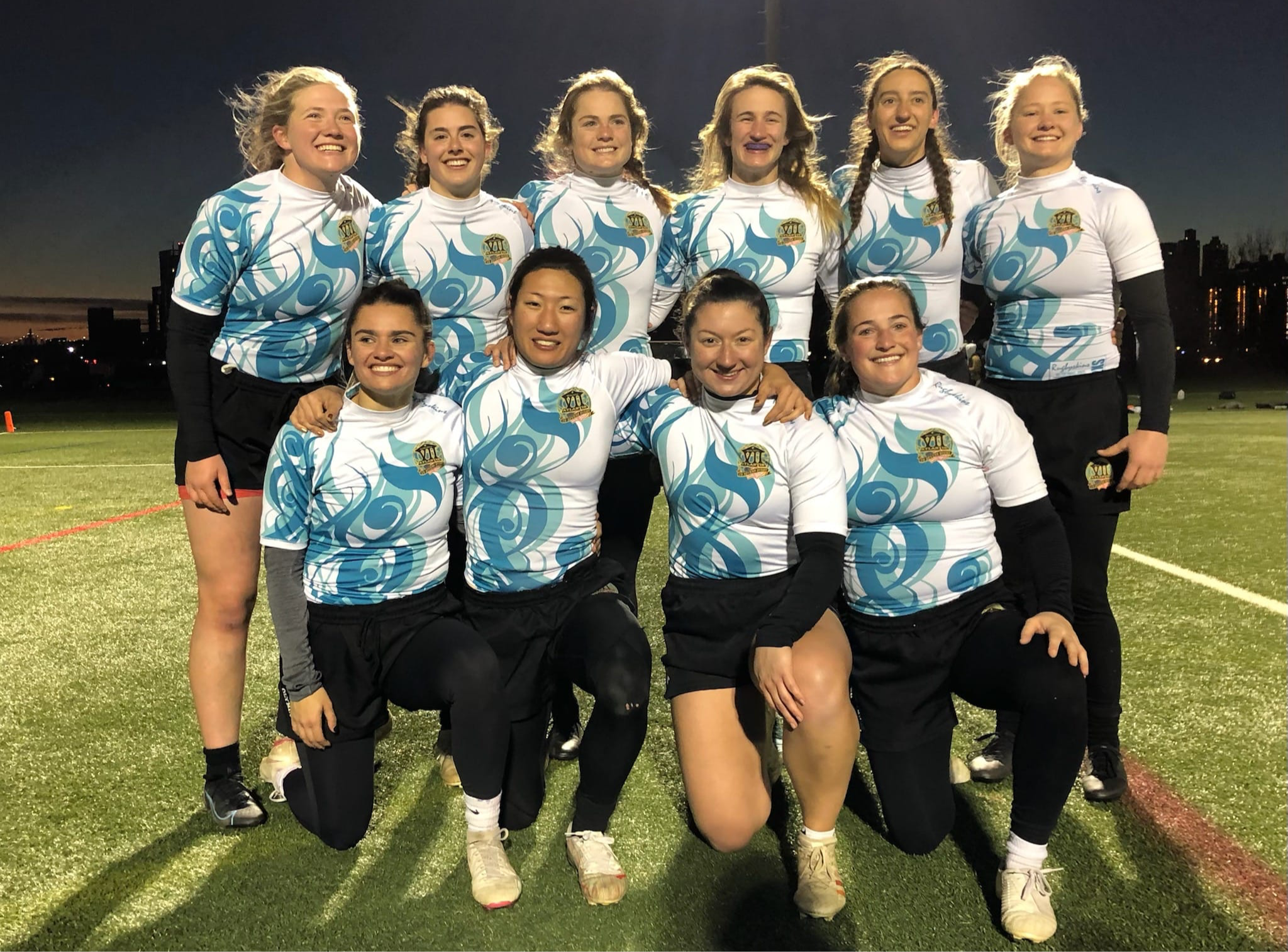