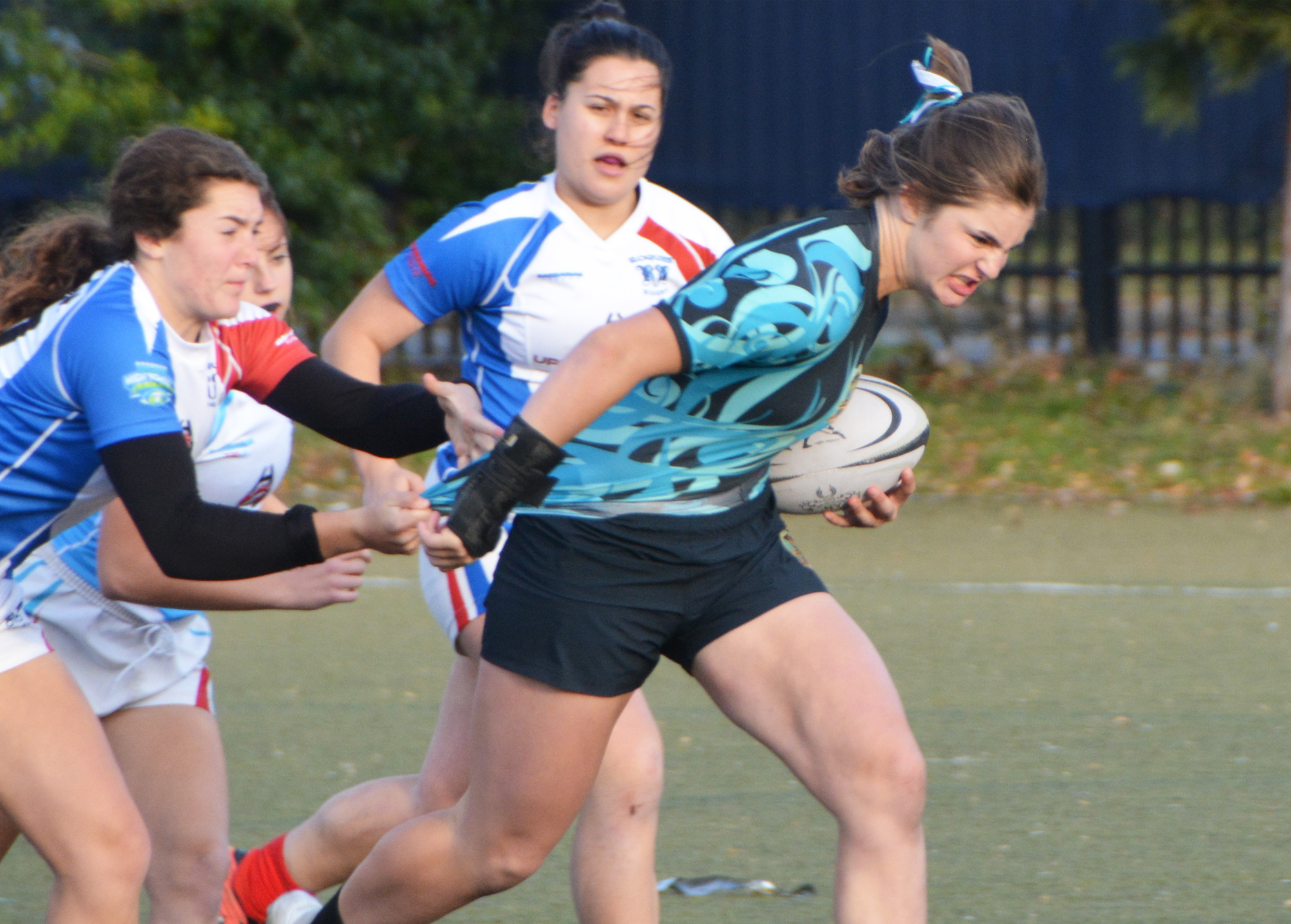 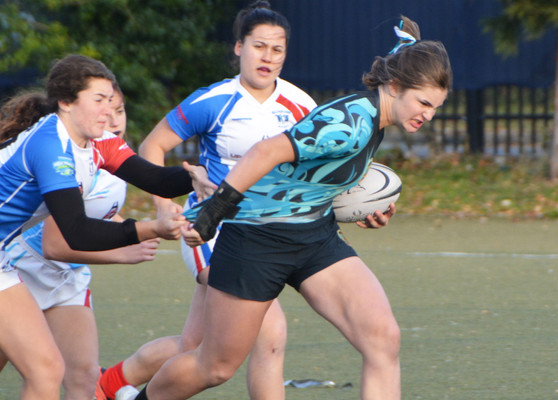 Like the LVI in the West, Canada always has a great showing at the New York 7s and features heavily in all of the division finals. Atlantis has the honor of being the only U.S.-based team to take home a girls’ or women’s championship trophy last Saturday. The Atlantis U17 Open side competed in the High School Club division, and the U18 Elite side won the High School Premier division. Combined, the select side program went 8-1 on Randall’s Island.

“We won handily,” Atlantis U18 Director Wayne DiMarco said of the U18 Elite’s championship performance. “We knew we’d have a strong team going in, but we didn’t know how strong. Most of the games were competitive for the first minute, and then we’d break them.” 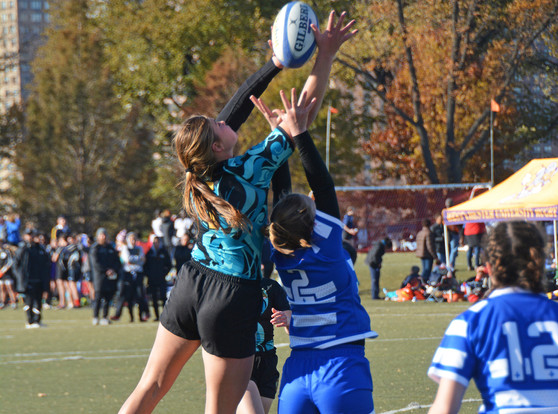 Coached by Penn State’s Kate Daley, Atlantis U18 Elite won each game by 30-40 points, margins that don’t reflect the level of competition but rather Atlantis’ team chemistry.

“We have girls who have been with us for 3-4 years and they understand the Atlantis system and how we want to play 7s,” DiMarco explained. “And just some of the high-level and international experience they have – they’re smart, skilled rugby players.”

Emily Henrich and Alex DiMarco captained the U18 Elite, and they set the platform for new and/or younger players to step up. Kate Buzby (Calif.), Morgan Freeman (Fla.) and Madeline Rose (Ariz.) all drew high praise from the select side director, who was equally impressed by the rising talent – four freshmen in particular – on the U17 Open side.

Both teams went 3-0 during pool play, and then the U17s lost to eventual champion Upright Rogues in the High School Club semifinals. Upright’s top team advanced to the High School Premier final against the Atlantis U18 Elite. There was some familiarity between the squads, which both fielded players from the summer’s U18 Can-Am Series. 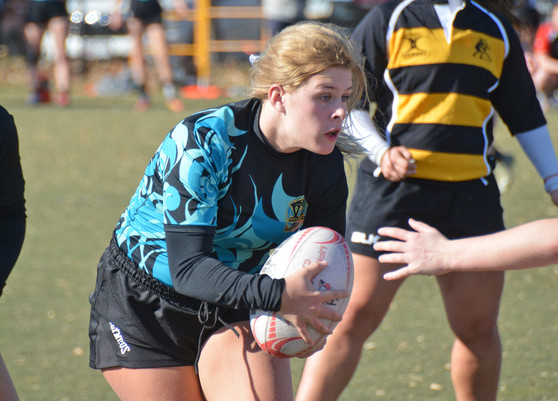 “It’s not like when the Dallas Cowboys come to play the Philadelphia Eagles … it’s really good, fun competition,” DiMarco dispelled the notion of heated rivalries. “After the game, there were handshakes and hugs. It’s a friendly rivalry.” 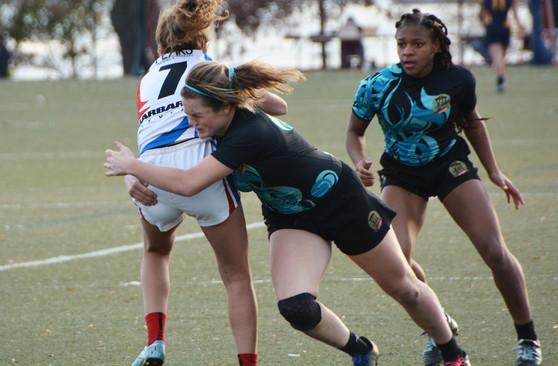 “Our championship was a full team victory,” DiMarco added. “We played all 12 players throughout five games, and we needed all 12 players to be able to dominate the way we did and win that championship. … Kate Daley did a fantastic as a coach as she always does, and Kate Flanagan and Stacey Mancuso did a great job with the Open group.”

Atlantis will now ready for the Las Vegas Invitational in February and continues to expand its player pool in both numbers and nationwide representation. There is need for a larger pool, as the North American Series (Atlantis is the current champion) is expanding to three stops this year. More to come. 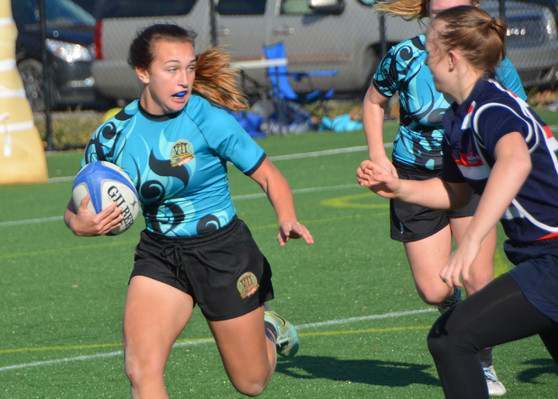 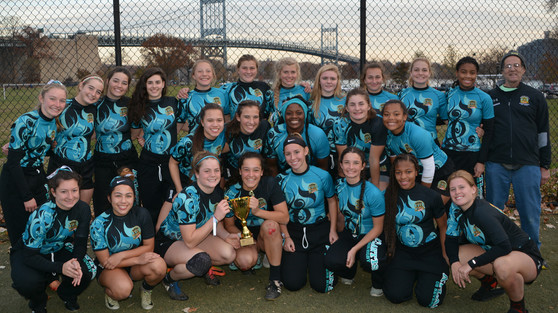