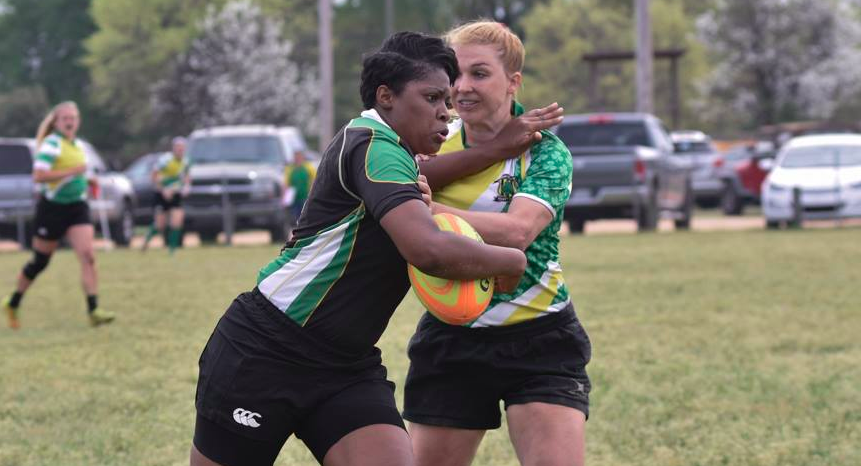 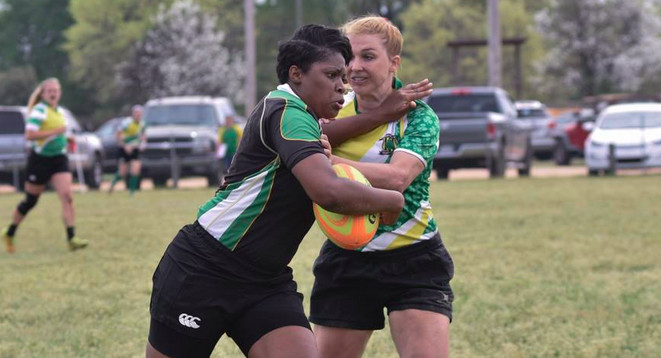 Augusta advanced to the DII final four last year, and the best thing to come out of that experience – save the burning desire to return – was its effect on numbers. Coming within one game of the final has rededicated the squad, and combined with a host of newcomers, there are approximately 30 players actively competing for starting positions this year.

“It’s a new thing for us,” said Augusta flyhalf Owen Crosland, who’s been captain five years running. “Before, we’d get players who were good, but we weren’t all that deep. We got in a lot of new rookies in the fall and spring, and now there is full-on competition for positions. Practices have stepped up as people work hard to show that they deserve that spot.”

In the forwards, lock Katie Steiner is the voice of leadership. She’s been leading the pack charge for the previous five years and does a phenomenal job of teaching and sorting out the rookies. She’s aided by hooker Elina Jarvi, who never seems to run out of energy. She is a big impact player and also does her part in educating the newcomers. Of the new crop, prop Emily Greene is one to watch.

“Once she figures out the game, she will be dangerous,” Crosland said of the young front row. “She’s already picking up the game so fast, and I’m really excited to see what she’s capable of doing.”

Crosland typically looks to fullback Ruby Munoz for support in the backline, but the team president injured herself in the friendly against DI Raleigh.

“She is 4’11” and I wouldn’t go up against her,” Crosland laughed. “She is wee and mighty, and a big impact player. She leads organizationally and is so powerful on and off the field.”

That internal competition for positions has been helpful, especially as the Carolinas union reorganized this year. The division split into North and South pools, and Augusta’s best competition, Charlotte, competes in the opposing North. The duo shared a nice rivalry last year and relied on each other to gauge progress. The Georgia team has supplemented its league schedule with trips to North Carolina and Virginia, and looking for double-headers – anything to diversify its game time.

“We were pretty dominant across the board – the backs were evasive, our loose forwards were strong and gained a lot of ground. Our loose play is probably our best play,” Crosland reflected on Saturday’s victory. “We set goals before each match, for each group, and try to adapt to the other team. We don’t really have a constant game plan.”

Augusta finishes out the regular season against the Atlanta Harlequins’ DII side, and the match will be a nice tune-up for the Carolinas semifinals on April 23. Both teams are representing the South pool. The Carolinas finalists move onto the South championship, where they’ll be joined by a Florida rep and Nashville, the True South champion. The South champion moves onto the DII national quarterfinals.

“Last year’s final four was a great experience,” Crosland reminisced. “We had new people coming in right at the end, so it wasn’t as cohesive as it was prior to those games. The last game was frustrating because we couldn’t get our feet underneath us. We knew what to do but couldn’t execute. We learned a lot form that game [against Wisconsin].”

The team realized that some of those shortcomings were mental in nature, and the squad has embraced the teachings of a teammate who doubles as a mental skills coach. Augusta has been working on its ability to recover quickly from misfortune, and those attributes will be needed as the competition only increases from this weekend out.

Op-ed: Does My Rugby Count?