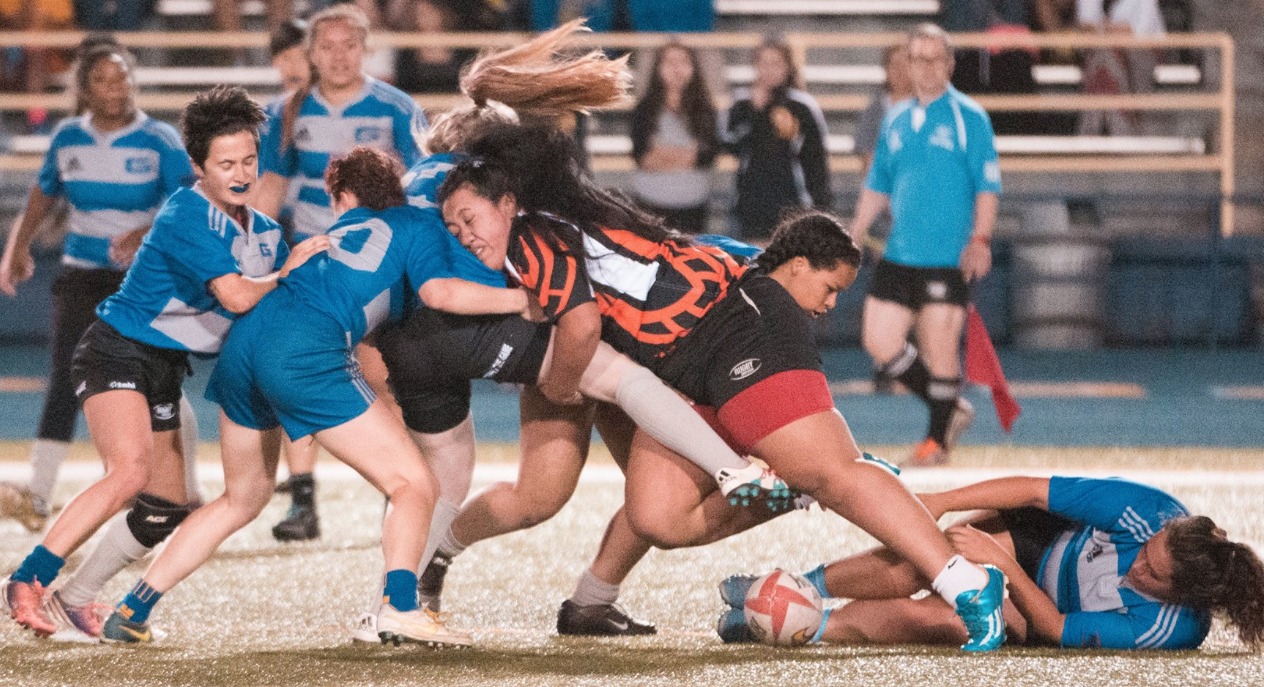 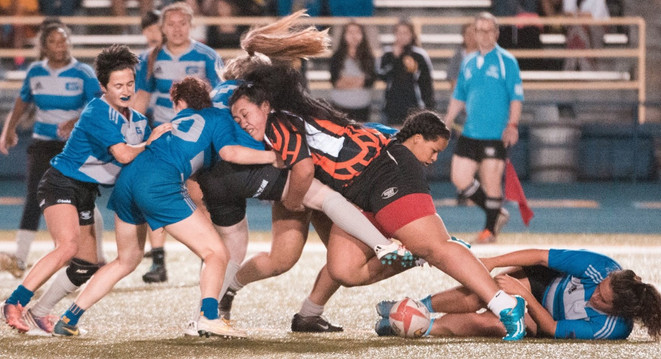 After graduating a slew of players from last year’s state championship team, the Lady Barbarians returned this year expecting a rebuilding season. The pre-season confirmed that expectation, but then it clicked for a couple of newcomers, and that revitalized the squad. Those gains were felt last week, when the Barbos defeated rival Grant 38-19 to improve to 5-1 in the Oregon club division.

“I was surprised that the game went the way it went,” Lady Barbarians coach Greg Tracy said. “We came into the game nervous. Grant is a hard-hitting team that can lay our girls flat on their backs. But we’ve really been hitting all cylinders lately.”

The Lady Barbarians scored first through first-year senior Ciara Lambert. She, along with first-year senior Alexis Kittle, headlines a group that has awoken the squad. Fast-developing freshmen like Neni Aisea and Gabrielle Jackson are also inspirational, as is new pick-up Genesis Ulloa. The junior, who normally plays No. 8, transferred from a now-defunct club and was very influential from flyhalf. Toss in the size and line speed of twin sisters Moana and Line Tafea, and the Barbos have many weapons at their disposal.

But it’s been the work of captains Nini Kalamafoni and Lauren Garrison that have guided the team through early-season struggles and bred commitment to longer-term success. After the Barbos’ first try, Grant answered quickly afterward. The duo gathered the team in the try zone and reviewed the tenets of a tighter defense.

“The defense was better than I thought it’d be, but Grant tore us up in the rucks and took the ball from us more than once,” Tracy said. “Our reaction to the ball on the ground was slow. That’s mostly the inexperienced players coming in, not wanting to do too much or too little – just not knowing what to do – and waiting there to set the ruck.”

Grant was missing High School All American Sui A’au to injury, and that accounts for a lot of firepower. She was very impressive in her debut at center against the BC U18s last summer. The Generals crossed for two more tries, but the Lady Barbarians more than doubled their response. By game’s end, Kasa Moalaeua, Kalamafoni (2), Garrison and Genesis Ulloa added tries, while Ulloa handled the conversions.

There is one more week of league play before the state semifinals unfold on May 14. The state championship occurs on May 21 and the expectation is a Lady Barbarians and Grant rematch. And there’s a possibility that the season might extend a weekend farther.

“It will work out great, but it did take away some competition. [Varsity division] Valley Panthers finished third last year and are really strong this year,” Tracy spoke to the split single-school and club divisions new to this year. “It’s still in the works, but we might have a cross-division championship at the end of the season.”

Stay tuned for insight into the new varsity division as well as a preview to the divisions’ finals.