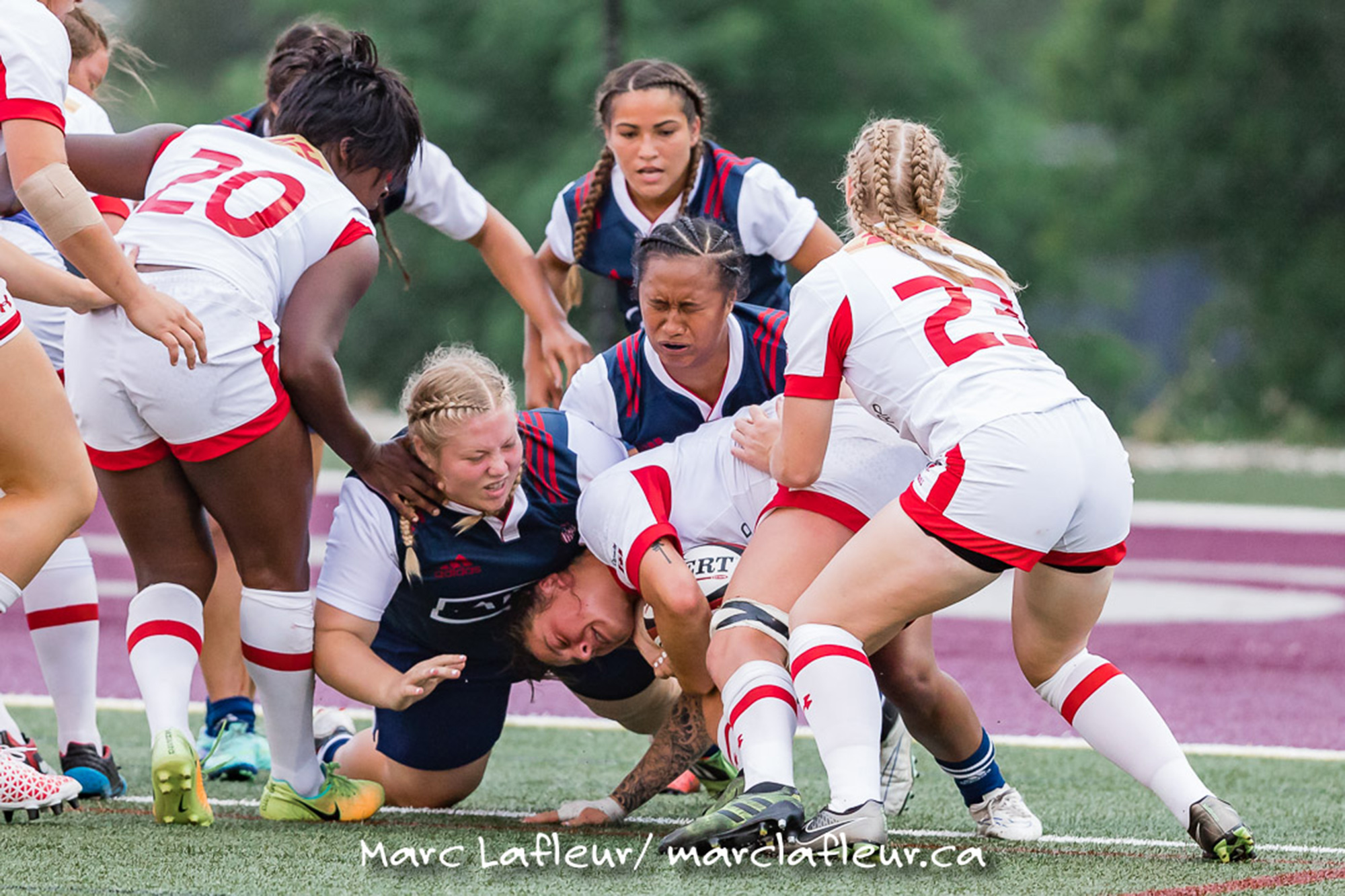 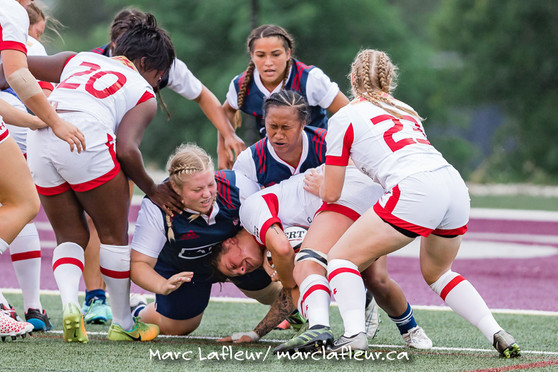 While Women’s Junior All-American (WJAA) head coach Wil Snape was reflecting on the Can-Am Series, evaluating whether goals were achieved, he offered an honest assessment about what it takes to be competitive with international rivals. Snape wasn’t disappointed in the players or their performance in Ottawa; he was frustrated that there’s an expectation to perform at the international level without the preparatory support for a successful outcome. 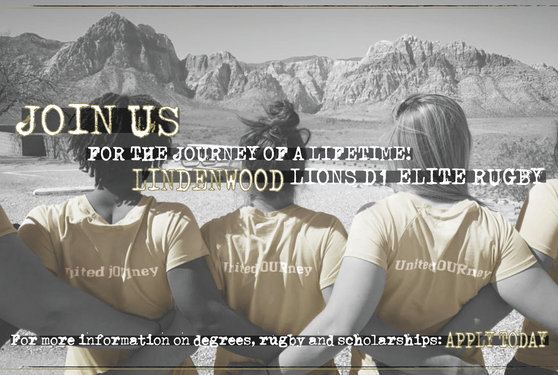 Few fixtures means that there is a lot of learning going on during assemblies like Can-Ams. Snape directed his players away from the scorelines, as they weren’t stated objectives for the tour. Instead, the coach wanted to introduce players into an international, high-performance environment and have them understand what it takes to compete at that level.

“We had to improve our defense, and we talked a lot about the urgency and energy on defense and what that means in terms of personal responsibility to get off the ground and back into a defensive line, and working intelligently in a defensive system,” Snape said of the first match. “We didn’t learn anything new about Canada. They’re a strong and powerful team; they always are. They’re technical at the breakdown. We worked on being stronger ballcarriers and faster support.” 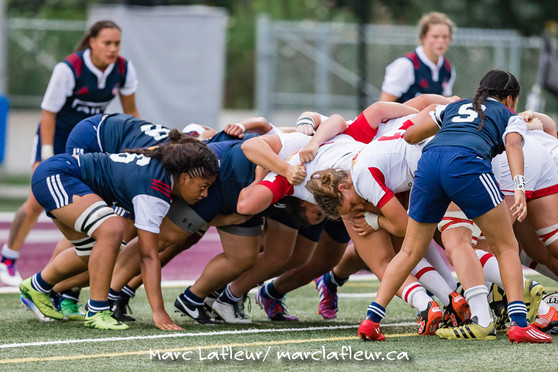 The rematch started quickly and the WJAAs found themselves down 14 points before the live feed resumed.

“They came out and put a lot of pressure on us, and so then it becomes: How do you respond to that in an international environment? Are you sticking to plans and drawing on fundamentals when you need to,” Snape said. “We talk a lot about controlling pace and possession, and I’m not sure we did a good job of that.

“I think you saw a change in the team in the second half, with players like Michel Navarro, Taylor Makowski and Sui A’au really stepping up to the task,” the coach continued. “The team has every reason to hold their heads high.” 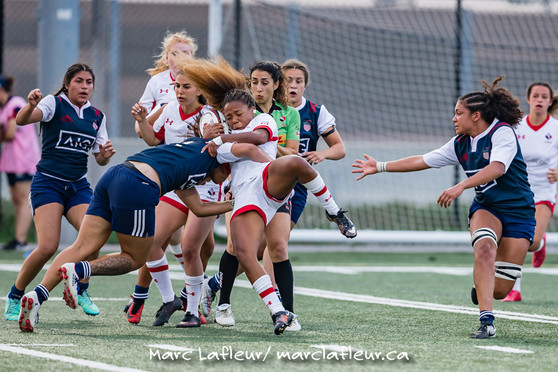 Snape called Adi Finau Tamaivena “the biggest revelation” for how she took to the No. 8 position. She’s played prop in the age grades and center for Seattle, and has shown great versatility.

The Can-Am Series was fruitful in terms of exposure, but Snape is anxious about the ability to build on those steps forward.

“I had three weeks with the players over the whole year.”

The WJAAs and Canada U20s last played in summer 2015, and the Americans won that Can-Am Series 70-27. The following summer, Canada traveled to England for a three-test tour against the Roses’ U20 side, while the WJAAs remained dormant.

“We can’t expect to be competitive at an international level if we play once every two years,” Snape said. “2015 was a different team with different players, but we’ve had no other opportunities except at [the National All Star Competition] to challenge them. And we’re playing ourselves. Canada played in England and found other teams to play. We haven’t done that. These things [success at Can-Ams] normally come down to each team’s preparation.” 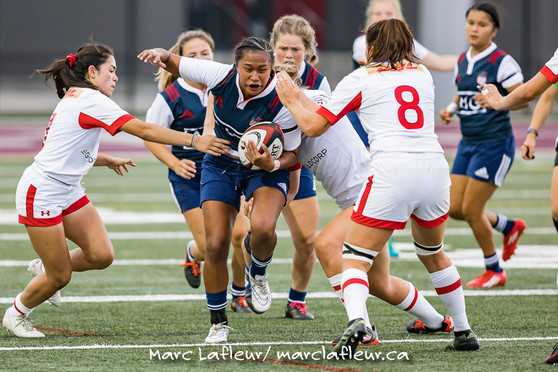 Going dormant for one summer might be less concerning if similar opportunities weren’t also vanishing. For example, where are the Women’s Collegiate All-Americans? Neither the 7s nor 15s teams were active this summer, and there is no word about upcoming fixtures. And then of course there’s the national team, which played two tests in 2017 in advance of the Women’s Rugby World Cup. On Thursday, the USA will play England, which played eight tests in 2017.

The WJAAs used to have a fantastic fixture on its schedule: the U20 Nations Cup. The USA, Canada, England, South Africa and Wales have all participated in this biennial event, but it was dropped after its fourth iteration in 2013.

“World Rugby has a dedicated Women’s Committee, and after a successful Women’s Rugby World Cup in Ireland, they need to organize proper women’s age-grade tournaments,” Snape said. “The U20 boys have a World Championship and World Trophy. There needs to be more attention and opportunity on the women’s side.” 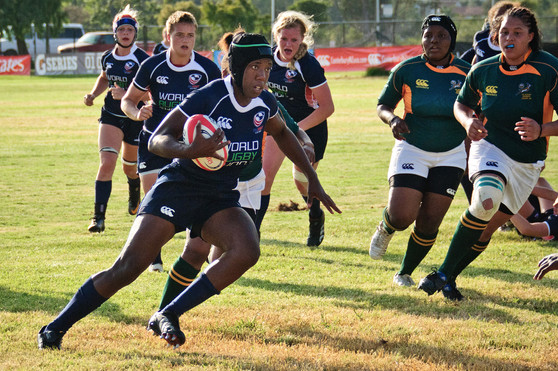 Snape added other 6 Nations teams and New Zealand to the list of countries that could contribute U20 teams to such a tournament.

The most active U.S. age grade team is the Girls’ High School All-Americans (GHSAAs), which is a Powered by Atavus program. It has 7s and 15s arms that have competed regularly since the program’s creation. A big reason the GHSAAs are playing in France, Canada, Las Vegas, Maryland, Washington and Florida, as well as holding East and West assemblies, is because Atavus is supporting it.

“People criticize Atavus for trying to position itself in USA Rugby … but there would be no age-grade program if it weren’t for Atavus’ investment,” said Snape, who is also Atavus’ Director of Rugby Business Development. 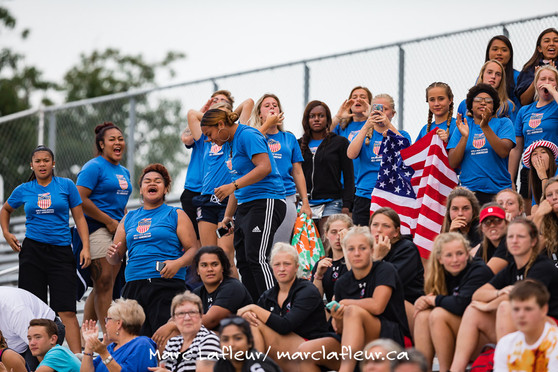 GHSAAs cheering on the WJAAs in Canada / Marc Lafleur Photography

Snape is hoping that there is more investment in and buy-in to the USA Rugby Academy, which is also Powered by Atavus. These assemblies help bridge gaps in the schedule by bringing high-performance players in front of national age-grade coaches.

“Atavus hosts the camp, and when people pay to attend, it’s a profit share,” Snape said. “A percentage of that goes directly into the age-grade program and it becomes a funding mechanism.”

This is a problem, to have age grade programs operating at different paces, with varying levels of support and opportunities to play.