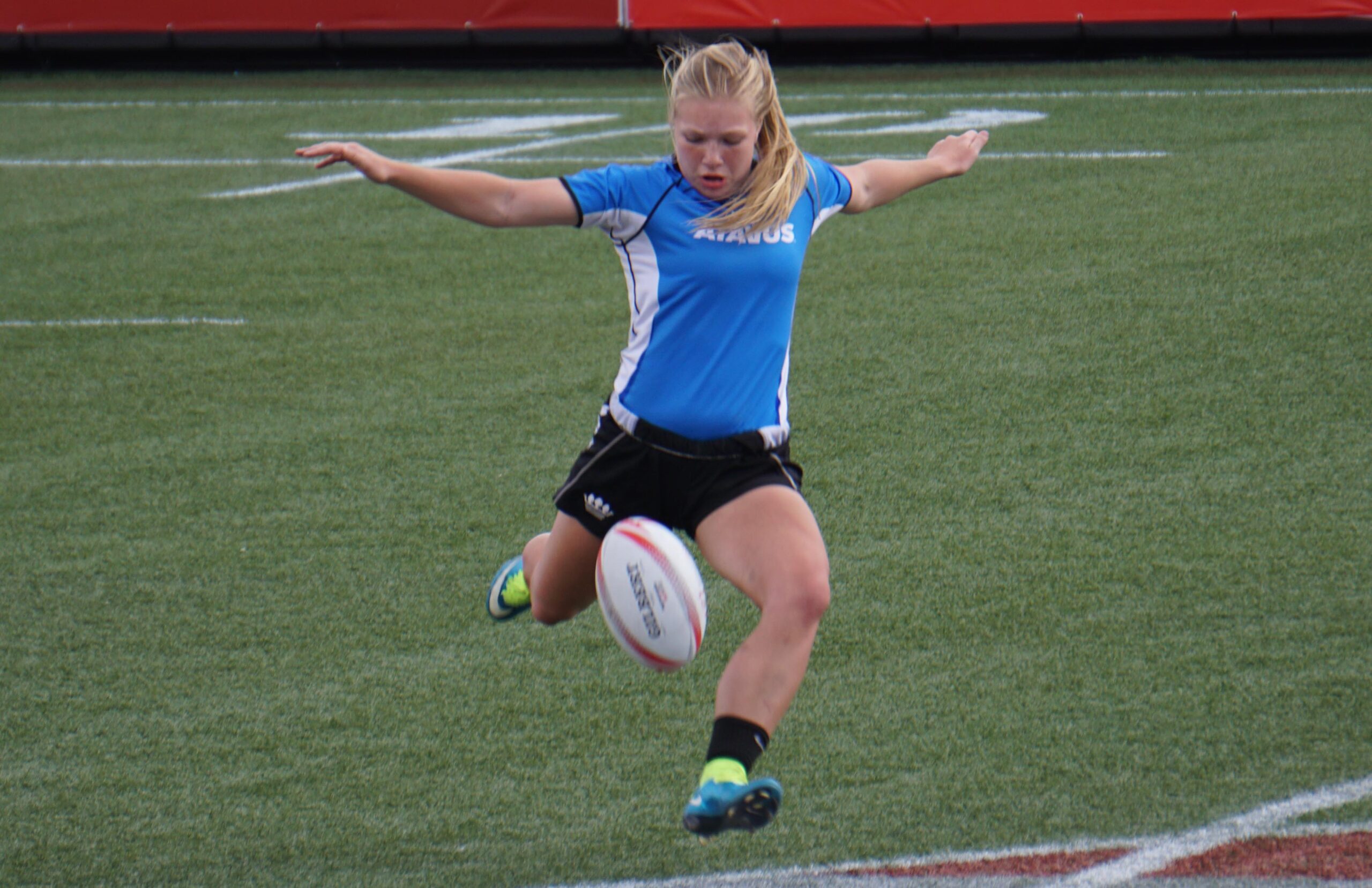 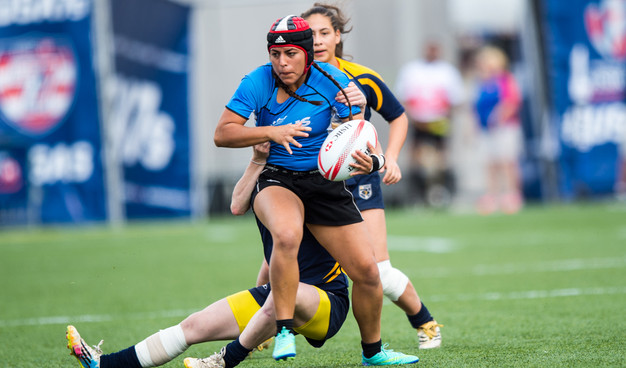 Michel Navarro is wrapped up by BC. /// Photo: Dave Barpal

It was the first time that the British Columbia Elite Youth (BCEY) fielded a girls’ U18 team, and the Canadians did not waste the opportunity in Las Vegas. The select side defeated the Atavus All Stars 19-7 in the LVI Girls U18 Elite final.

“They are a very fast team and we kinda knew that going in,” BCEY captain Mackenzie Carson (Abbotsford) said. “We definitely wanted to spread our defense out wide, and that is something we tried hard to work on during the game. We have a lot of speed on the outside as well, so we wanted to draw in the defenders and get it out wide.” 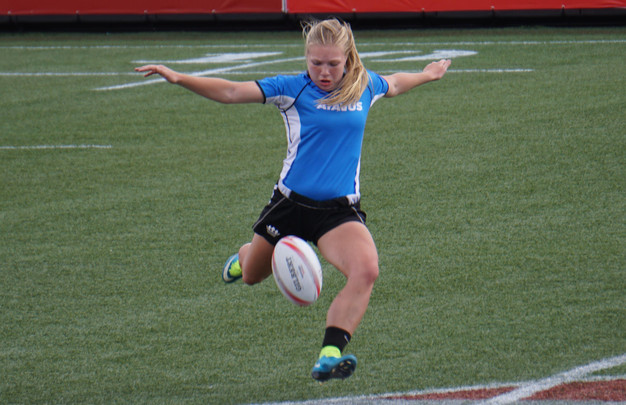 “For the final we focused on sticking our tackles and not letting them break the line,” Navarro said. “Their scrumhalf would take it in a lot. They beat us on the wing but that’s better than being beat in the middle.”

The opening kickoff went into touch, and Atavus took the lineout and worked it wide. The teams traded possession with a pass to touch and a not-straight lineout. BC stole Atavus’ scrum on the 22 meter, and scrumhalf Sophia Belsher (Abbotsford) skirted around the weak side, side-stepping her way into the try zone, 5-0.

Atavus struggled with finishing passes, with bobbles out of contact and forward passes. Rookie Mireille Codjia nearly missed an opportunity for a try but cleaned it up on the sideline and brushed past her opposite. The six-foot prop has been playing rugby for 7-8 months and circled toward the posts for the try. Flyhalf Bayleigh Gable slotted the conversion for the 7-5 lead into the break.

“It was amazing because I didn’t think that was going to happen,” Codjia reflected on her score. “I didn’t even think I was going to be starting the game. My goal was to just get the ball and just go. I didn’t even want to think about what I was doing and just play the game and enjoy.”

Atavus was on the front foot in the second half, and a good opportunity loomed as BC touched down a ball in their try zone. There was an injury that stalled play for a minute, and then BC took its 22-meter drop and moved it to the very fast Tudor. She slipped a tackle and went in untouched, 12-7 with the conversion.

Atavus couldn’t quite get into an offensive rhythm, although Canett did an excellent job with ball in hand, often creating opportunities out of nothing. But fatigue began to show, and a scoring chance along the sideline went unrealized when Mata Hingano sent a forward pass to Emily Prentice.

That turnover proved momentum-killing, as the subsequent scrum worked to Roy on the sideline. She sidestepped her defender and was away for the converted try, 19-7.

“The whole team really came together,” Carson said. “There wasn’t one person who didn’t show up or do their job. It was a big team effort and everyone did their part.”

“A lot of us were pretty sore, but I think we did pretty good for a team that came in for two days and making the best of it,” Navarro said. “We’re all individually talented but we gelled well together.”

The BC Elite Youth cross the border with LVI trophy in hand, and will attempt to keep the winning streak alive during next week’s Vancouver 7s tournament in front of hometown fans.

Falcons Rep US in LVI Semis