The Big 10 Collegiate Women’s Rugby conference has named its player and coach awards for the fall 2021 season. The league’s seven head coaches mad the selection. 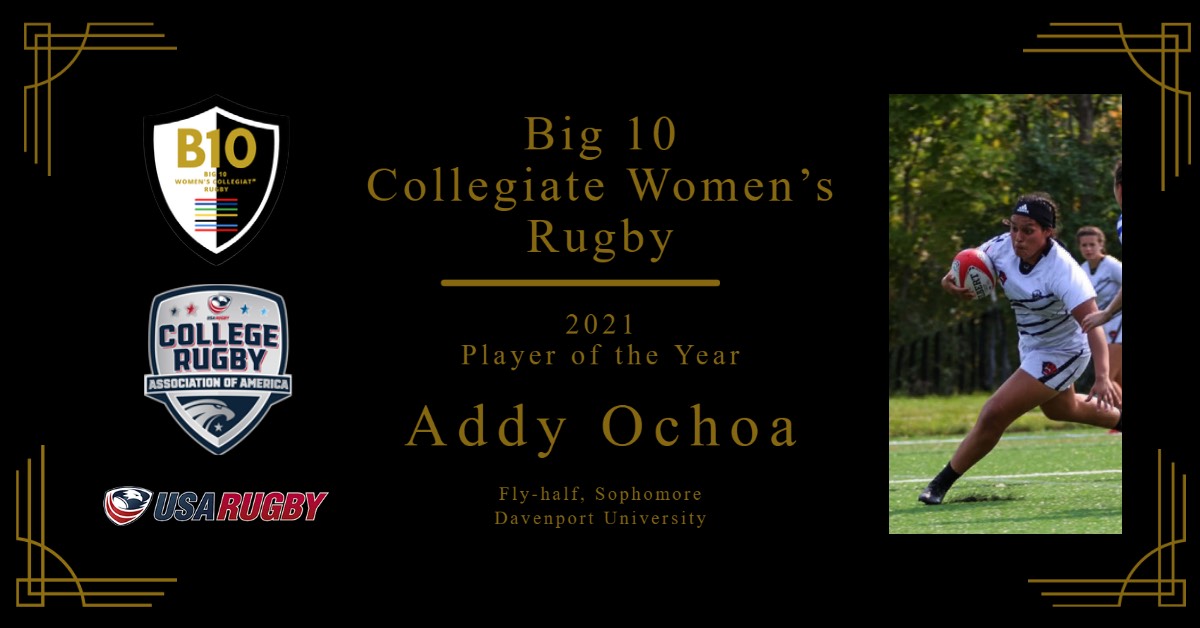 Davenport University won the Big 10, and head coach Greg Teliczan named Addy Ochoa as the team’s MVP and thus the league’s Player of the Year. The junior played flyhalf for the majority of the season and moved to inside center for the DI Collegiate Rugby Association of America (CRAA) championship. Ochoa is a rugby graduate of Grandville High School (Mich.). 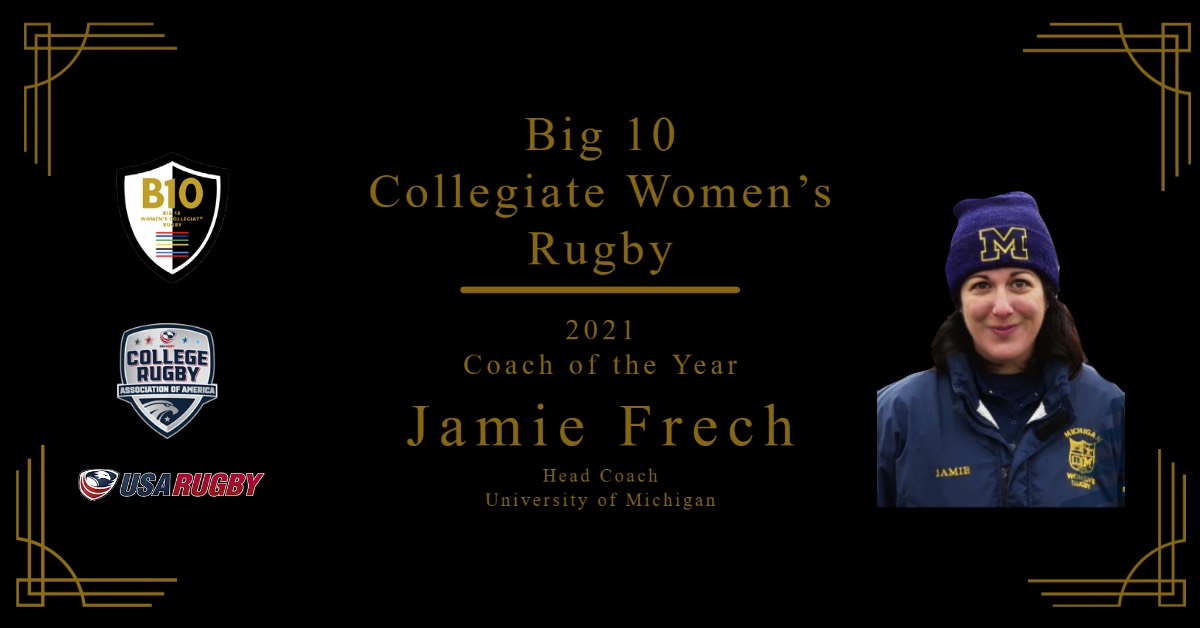 Jamie Frech was selected as Coach of the Year and continues to bring perspective to Michigan as it rebuilds in the still-Covid era (read: Michigan Pursuing ‘Big Picture’ in Playoffs) rebuilding Michigan in the still-Covid era Big Blue finished runner-up in the Big 10 and competed in the DI CRAA regional playoffs, dropping a 40-19 contest to Utah State but banking solid post-season experience for classes to come. 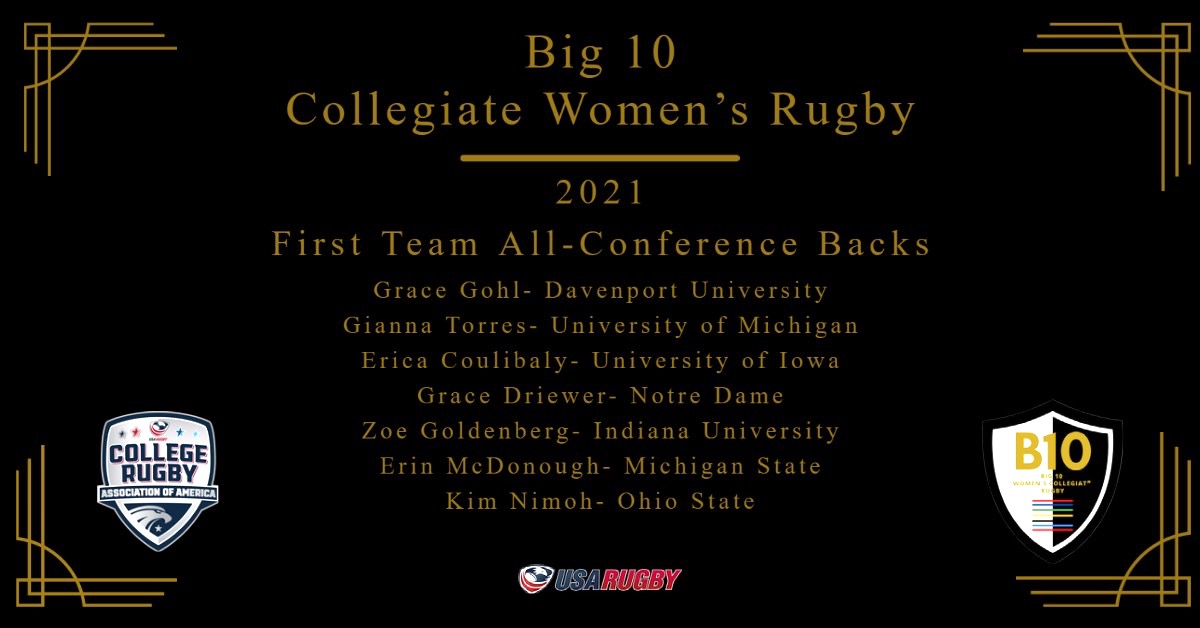 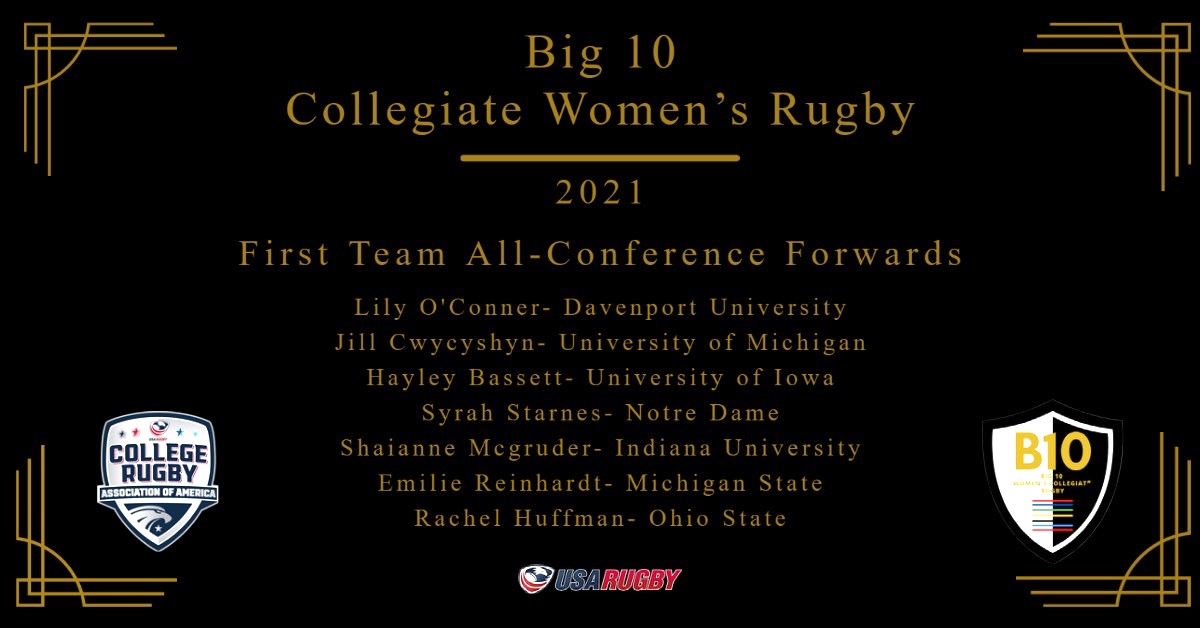 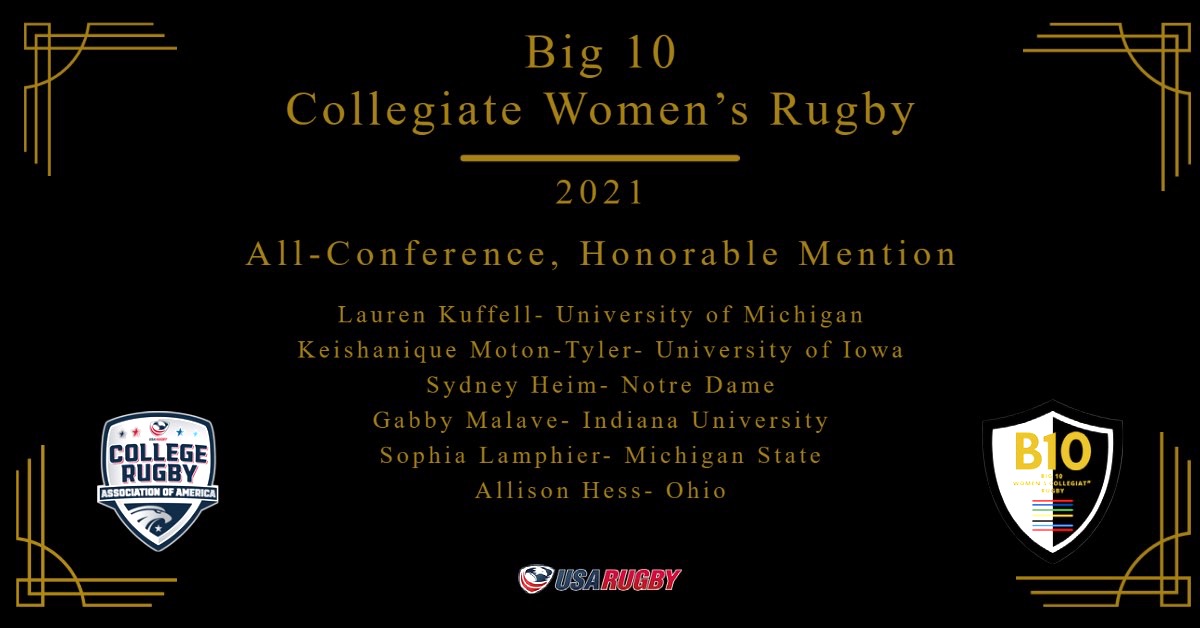 Stay tuned for upcoming action with the Big 10, which is currently working on its spring 7s schedule.