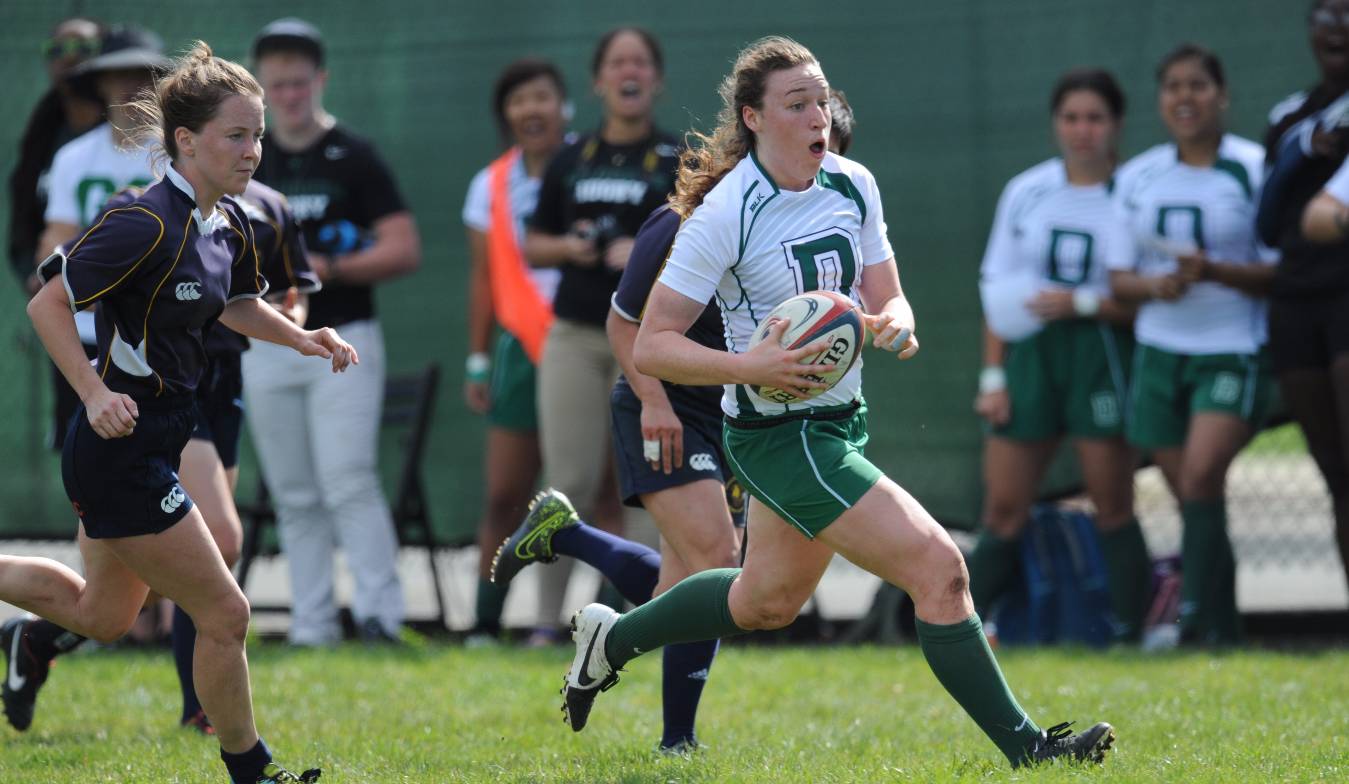 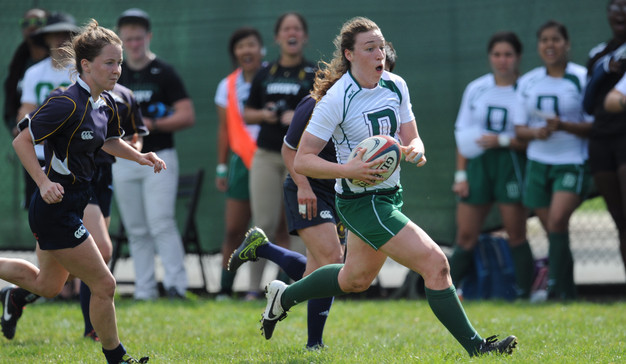 Dartmouth went on an iconic tour of California during spring break, banking three wins against college and club teams while focusing on building depth. The trip was also a symbolic one, as Dartmouth in its first DI NCAA varsity season mimicked the California tour that the first Dartmouth women’s rugby team inaugurated.

The Big Green arrived in San Diego for a game against the San Diego Surfers developmental side (27-15 win), and then followed with a day at the Chula Vista Olympic Training Center. The collegians toured the grounds, watched a Women’s 7s Eagles training session, and then played touch with many future Olympians. The Eagles then hosted a Q&A, and the whole experience marked a high point for many tour-goers. 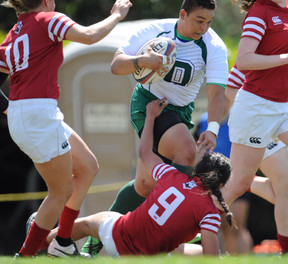 The team then met Stanford in Santa Barbara, where the Cardinal had relocated for its spring break training camp in preparation for the DI Elite playoffs. Both sides used the 20-minute periods for development purposes, and Dartmouth prevailed 29-22.

“Stanford has been a powerhouse for so long, and there’s not a lot of opportunity for east-west crossovers,” Dartmouth coach Katie Dowty said. “We have a similar approach to the game, one where all of the forwards are passing and running threats. We’ve been working on that and it shined in that game.”

“I’m not surprised by the outcome, just really proud of our players,” Dowty said of the underclassmen-heavy team. “Our team is so young, and everyone had their ‘aha’ moment at some point on the tour. We had some players step in at scrumhalf, flyhalf and No. 8 to account for our three graduating seniors, and they all did really well.”

Dunn, Conlin and Tatjana Toeldte are the three senior captains leaving vacancies after this season. Dunn and Toeldte were named to the recently announced NCAA All American team, and the former has been included in the 2016 Women’s National Team player pool. Sophomore Zepeda had some big shoes to fill at No. 8, as did Johnson, who took over flyhalf, Toeldte’s home position. Dowty was also impressed with Kendall Ronzano and Anderson, who split time at scrumhalf, and sophomore Julia Lui, who moved from wing to flanker and worked hard in contact.

“I’m very excited for the future,” Dowty said. “I have six freshmen who started in an Ivy League championship, and the core of the team is sophomore and freshmen. And I feel very lucky about the recruitment class coming in next year. It’s very diverse and covers a lot of geographical areas.”

Dartmouth is participating in the full varsity 7s circuit and simultaneously fielding a developmental 15s team. Players will play both versions depending on the needs of the team each weekend. The squad has been doing a lot of skill and fitness work during the off-season, and Dowty is eager to further test the team against good competition in the near future.

“Yes, we got three wins on tour, but the best thing about it was everyone got a lot of playing time,” Dowty said. “Now that we’re varsity, the spring break tour is important in our build-up to the season and not just a stand-alone event. You can have just as good of a tour stateside as you would internationally. We got the level of play we were looking for in California. The competition is there, we played up and developed new players.”

Dartmouth resumes play this weekend at the Quinnipiac 7s, the first stop on the varsity 7s circuit. Stay tuned for coverage.