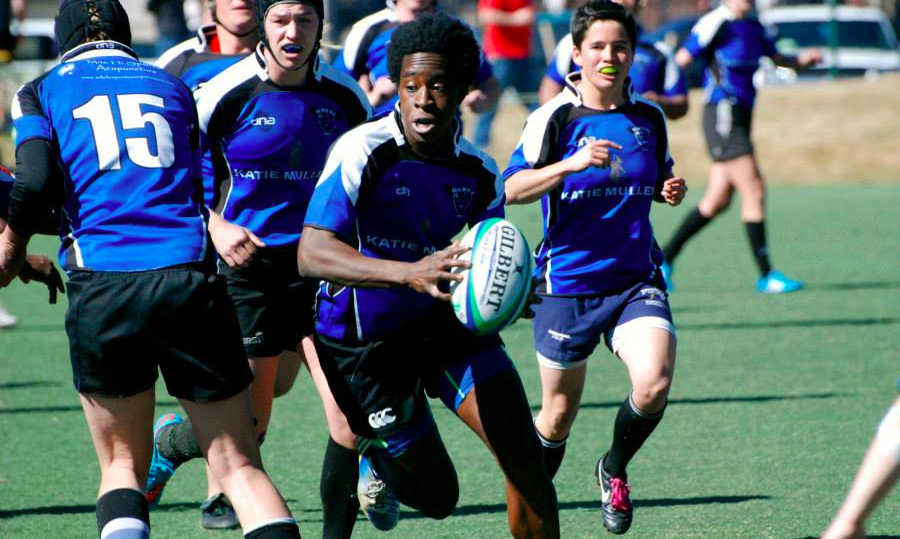 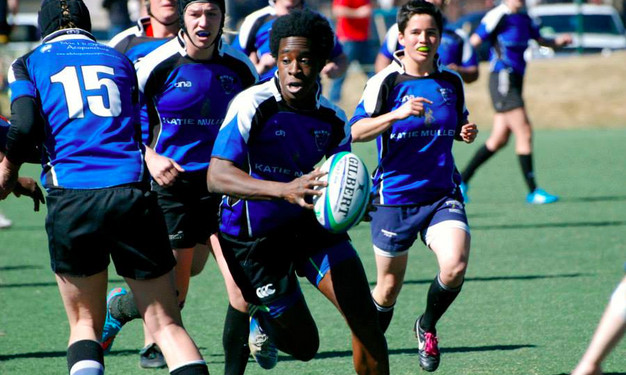 The Denver Black Ice have made a conscious effort to be more competitive in DI over the last couple of years, and last year’s experience at DI nationals helped refine that goal. The independent team met eventual champion Seattle in the first round and that loss helped put some things into perspective.

“We started out competitively, then lost momentum and ultimately weren’t able to play a full 80-minute match against them,” Black Ice captain Alice Plant remembered the Seattle game. “Coming out of that, we realized that they’re the team to beat in the West. They have a lot of resources, and if we want to be competitive and move past them in the western region, then we have to invest in our team and grow.”

The Colorado squad has grown physically this year. The club continues to tap the city of Denver, which enjoys an influx of young athletes looking to re-engage. It attracts rugby players as well, like Houston (HARC) transfer Chelsea Martin, who injects nice pace and experience in the back three. The CIPP roster boasts more than 60 players, but Plant estimated that 40-45 are active.

With recruitment in working order, coach Jon Mooney addressed game plan. A member of the U.S. Women’s National Team’s Elite Coach Development Program, the 20-year vet has coached at recent National All Star Competitions (NASC) and is implementing the strategies taught at the national level.

“We’re definitely benefitting from that,” Plant said of Mooney’s experience. “We spent the fall learning a more open, faster style of play that involves a more mobile pack. We’re getting away from the older, more traditional style of play and want everybody on the field to be a decision-maker.”

The fall was a process. As Plant recovered from an ACL injury (suffered during the game against Seattle), captains and NASC vets Liz Baker-Jennings and Kemi Adewunmi were essential to the conversion.

“Both have bought into Jon’s systems and have been helping drive the change in the fall,” Plant said. “They stepped up and took on leadership roles, and hopefully we can solidify these changes in the spring with competitive matches.”

That’s the other big barrier facing Black Ice. Isolated in the Frontier region, the Denver side has been committing to two big travel weekends in the fall and spring seasons for competitive games. In the fall, the team traveled to DI Pittsburgh and Chicago North Shore, and will head to D.C. Ruggerfest, Twin Cities Amazons and Utah’s Vipers in the coming months.

Locally, Black Ice relies on Women’s Premier League neighbor Glendale and will kick off the spring season Saturday against the Raptors.

“Over the years there has been a rivalry between our two teams, but the last few years that’s changed to a mutually beneficially relationship,” said Plant, who makes her return at outside center against Glendale. “We always open our season against them and give each other competitive matches. We have different cultures but the more high-level rugby in Denver, the better for everyone.

“It feels like we have a pretty different team than we had last year because of turnover, but I feel positive heading into the spring season,” Plant added. “I’m looking forward to getting out on the field and hope to set the tone for the season this Saturday. It’ll be a good benchmark for us to gauge where we are and areas to work on before we start traveling for games.”

The DI quarterfinals and semifinals will be held May 21-22. The West region will convene in Tucson, Ariz., while the East will compete in Pittsburgh, Pa. The final will be held June 4 in Glendale.

Institute of Rugby Launches in SD