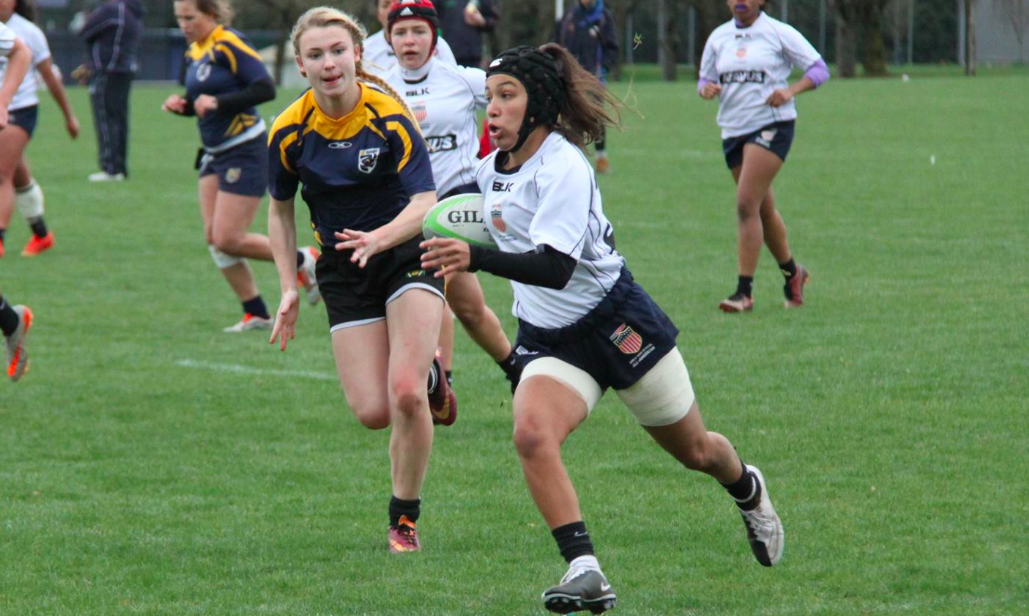 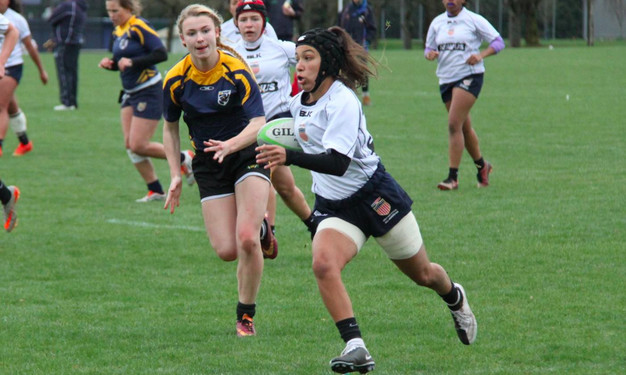 All Americans vs. BC Elite /// Photo courtesy BC Rugby Union

The Girls High School All American (GHSAA) 7s team assembled for the second time in its existence, and with similar results to its inaugural outing, won the Vancouver Rugby Festival in commanding fashion. The age-grade stars went 5-0, outscored the competition 214-5, and ended their campaign with a 55-0 championship victory over the B.C. Elite.

The Canada fixture was also the first step in building toward the Europe 7s Championship in September. The event allowed GHSAA 7s coach Emilie Bydwell to introduce and develop the attack and defense principles that will be employed against the international field later this year.

“We concentrated on winning our own restarts, and by day two the athletes began doing that consistently, which was really exciting,” Bydwell reported. “On defense we set turnover goals and prided ourselves on winning back possession, which made things really difficult on our opposition.”

Montana’s Julie Riekena played a big role in the possession game. She’s one of several new, young pool players – four of which are sophomores – and gained a ton of confidence in the event.

“She thrived in her role as our kickoff winner,” Bydwell praised. “Whenever there was a kickoff she was near, she was able to either turn it over or make a contact that we could contest. She was also very effective in open play with her hard lines and support play.”

“Cassidy slotted in at scrumhalf, center and wing and was effective with her ability to change her line off the ball and exploit sliding defenses,” Bydwell explained. “Ify is a state champion track runner who played both wing and prop. She has only been playing for a short time but was an extremely dangerous scoring threat on the outside at both positions.”

The veterans linked it all together and saw exceptional performances from Lilly Durbin, who served as playmaker in the middle, scoring threat and leader; and Kayla Canett, who was terrific in setting up scoring opportunities for her teammates.

The All Americans will be dormant until the summer, as high school seasons and then Regional Cup Tournaments take over. But the high schoolers have done well to create some buzz about the bright future for U.S. rugby.

Arizona Rivals Even Up