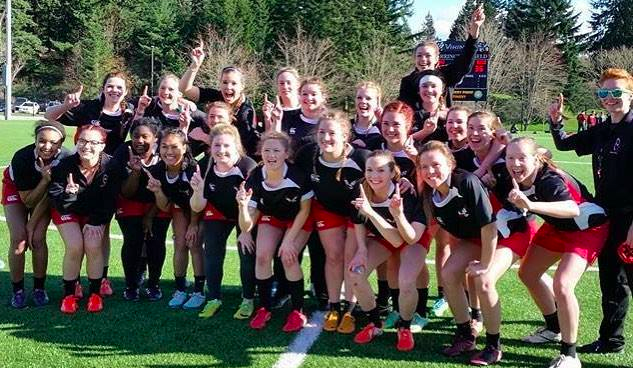 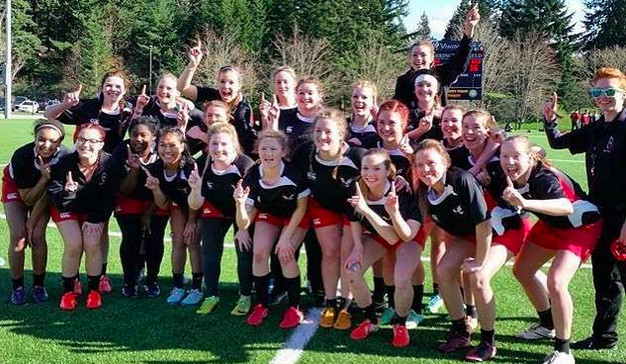 Having secured a certified coach and locked in solid numbers, Eastern Washington decided to join the DII Cascade conference this year. The team got off to a good start when it defeated reigning champion Western Oregon 7-0 in the fall. The victories continued all the way through last Saturday, when Eastern Washington ended Western Washington’s post-season hopes with a 36-27 victory. Now, the league newcomer is the favorite for the league title.

Ian Martin joined the team at the end of last year, but was familiar with the squad after years of unofficial coaching. He inherited a team with strange demographics: Of the 22 players who traveled last weekend, 11 were freshmen (six started) and eight were seniors. The full spectrum of experience and athleticism is represented on the field, but it’s been working out so far.

“We’re very mobile, throughout the whole team,” Martin described his team’s strengths. “All of our backs are pretty good, and a couple of them are really quick. That’s where we got six of our scores last weekend – the backs.”

Three of those scores (and three conversions) came from newcomer Rachael Stabbert. She made good use of her speed once she found open space, and paired nicely with freshman Lorie LeDoux, who has the makings of a fantastic rugby player. Junior Chelsie Price has been solid in the backs this year, and captain Curran Johnson has done well to organize that wide-open attack. In the forwards, captain Mae Larimer directs the mobile pack, with Mykal Baron (whose twin sister also props, for WWU) and Hope Morrow are doing big things with ball in hand. Gonzaga transfer Sydney Stuckey has been scoring for Eastern Washington as well.

Western Washington took the first lead of the game, as the visitors were sluggish from the opening whistle. It took some resolve to not only overcome a deficit but to also hold off the Flames as they came within two points of the lead late in the game.

“We need to work on our defense,” Martin said. “We did really well against Western Oregon [in the fall], but it was not as good as I would have wanted on Saturday. We need to get out of that habit of letting teams run at us. I want us to be the hammer, not the nail, and we didn’t do a particularly good job at that. Apart from that, we’ve changed a few techniques in our scrum and lineouts, and we hope to progress and solidify those changes during the next two weeks.”

On Saturday, March 5, a Week One rematch will serve as the Cascade conference championship, as Western Oregon (4-1) and Eastern Washington (5-0) battle for a berth to the DII national championship. Although seeds have not been released, it is likely that the Pacific Northwest side will take on West Coast and Golden Coast teams during the first round of playoffs.

“Once we start playing teams from California, that’s a step up in the quality of opponent,” Martin looked ahead. “We’ll just have to play and see.”

Player of the Week: Jill Potter