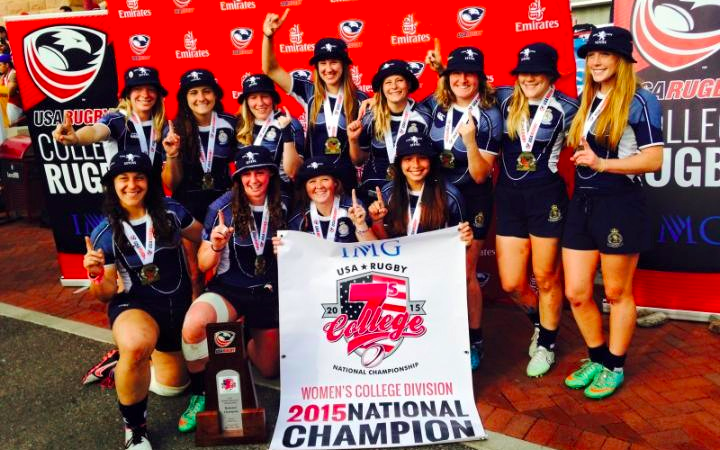 For the 2014-15 school year, the championship shifted to the spring, so while it looks like there was no champion in 2014, that tournament was just contested in spring 2015. Penn State won the 4th title, and as the lead photo shows, that team was absolutely packed with future Eagles.

Starting in 2016, different divisions were introduced as 7s grew in popularity. It was unwieldy, with terms like DI, DII, Open and Elite separating teams into like-strength competitions. By 2019, there were three divisions for the women, and then the subsequent two tournaments were canceled due to Covid-19.

In 2021, NCR evolved to include large and small schools. The latter has opted to keep its national 7s championship in the spring. There is no 7s championship for the large schools, per se, but there is the CRC 7s, which NCR runs.