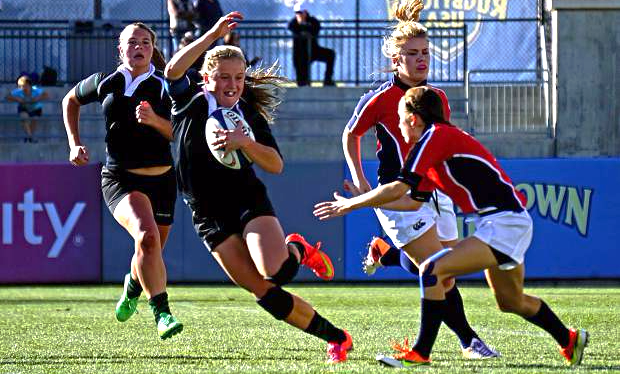 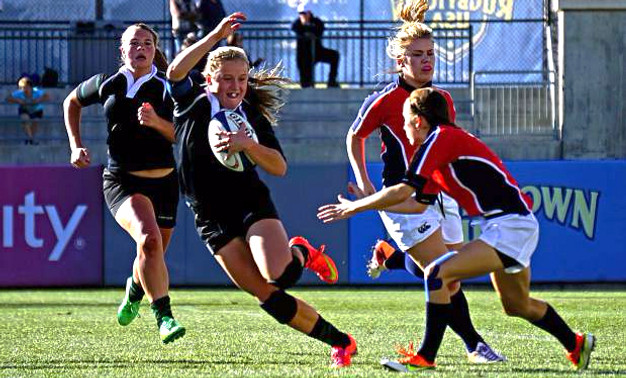 Colorado is well represented in Las Vegas this year. Summit High School, the Flatiron Rugby Academy and the Rocky Mountain Lady Rebels are all competing in the LVI Elite and Open 7s divisions.

Summit High School is the known entity, and coach Karl Barth’s players have been at the LVI on various all-star teams for years now. The longtime Colorado state champion has also farmed out its players to select sides: Erin Scott-Williams is playing with Atlantis, while Deli Bargell, Clara Copley and Cece Pennell are competing with the Flatirons Rugby Academy.

The Tigers are anything but shorthanded. Girls High School All American (GHSAA) and Junior Olympian Becca Jane Rosko leads the way and has a ton of international experience. Cassidy Bargell, Natalie Gray, Jodi Losch and Meg Rose all helped Atlantis to a New York 7s title last November.

The Flatirons Rugby Academy is based on the north side of Denver and specializes in the girls’ game. The academy runs development- and performance-based curricula for middle school and high school-aged players. Flatirons director Greg Makowski indicated that he’s talking with USA Women’s National Team coach Pete Steinberg about becoming Colorado’s National Development Academy.

Two teams are playing in the LVI this year – development (Blue) in Open, and performance (Red) in Elite. The Red team is led by GHSAA senior Taylor Makowski, who will be attending Life University along with Emilie Cunnington on rugby scholarship. Carlyn Plowman is also in talks with DI varsity Quinnipiac University. Makowski will captain the team along with Gemme Ryu, and receive additional leadership from Kiana Leiataua, Selena Tuilaepa and Kielana Paula, who are on the All American radar.

Finally, the Rocky Mountain Lady Rebels appear to be a Westside SWARM-fueled team. The girls’ program is registered with USA Rugby as a 7s team and has found its specialty. SWARM is the current Colorado state 7s champion, a tournament that coincides with the fall 15s season, and will surely up the quality of the abbreviated version of the game.