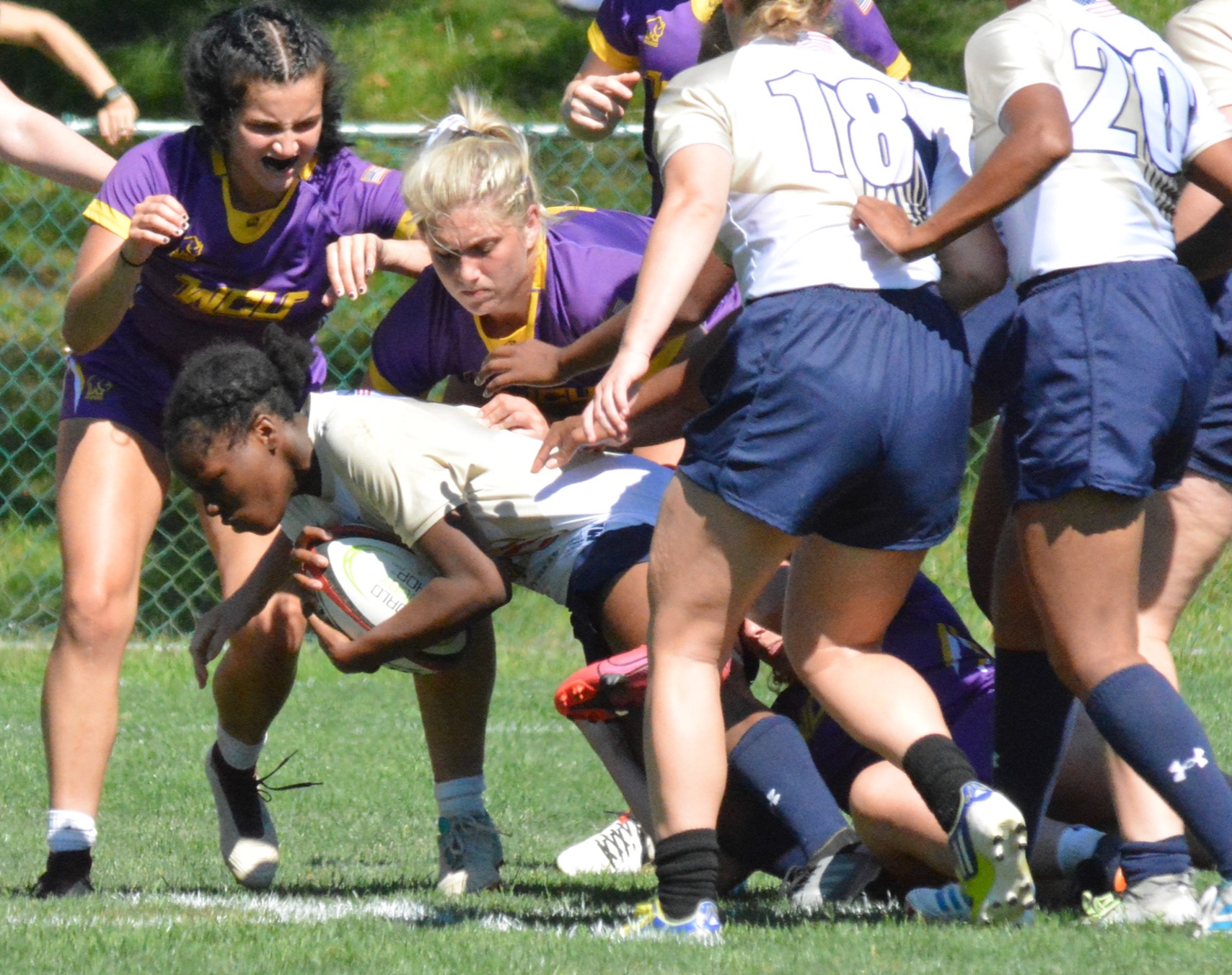 The College Rugby Association of America (CRAA) has released the playoff bracket for its DI College Fall Championship. Eight teams will report to two locations on Nov. 20-21 for the quarterfinals and semifinals, and then the DI and DII fall championship matches will be contested on Dec. 4 in Matthews, N.C.

There are three conferences in the DI CRAA as well as independent teams like the U.S. Naval Academy. The Rocky Mountain and Big 10 leagues comprise the West Coast portion of the competition and will send two teams apiece to Norman, Okla., for the Round of 8/4. Rocky Mountain will contest its conference championship this weekend, but Utah State and University of Colorado have already guaranteed their berths to regionals.

The Big 10 names its champion via season standings, and Davenport University, which dropped a competitive friendly to Penn State last weekend, has locked up that title. The second seed is still to be determined, especially after last Saturday’s results. Iowa (3-2) was idle last weekend, sits in second place and ends the regular season this weekend against the Panthers. Michigan (3-2) beat Indiana (2-3) 14-7 and plays winless Michigan State on Nov. 6. Notre Dame (3-2-1) beat Ohio State 38-12 in Ohio, but it’s important to note that the Irish’s tie isn’t really a tie but a canceled game against MSU that hasn’t been made up. Those standings points will be impactful.

CRAA has invited the Big 10’s third-place team to apply for an at-large berth to playoffs, as the East Coast portion has one more vacancy to fill. The Northeast conference is sending champion Northeastern University to Annapolis, Md., for the Round of 8/4. The Maddogs went 5-0 and outscored opponents 162-7. UCONN still has one more game to play but the Huskies are looking good for the second-place seed. Host Navy took an at-large berth to the East Coast playoffs and prepared with games against NIRA, DI Elite, DI Blue Ridge and DII Capital teams. The Midshipmen play UVA (which beat Virginia Tech 22-12 last Saturday) on Nov. 6. 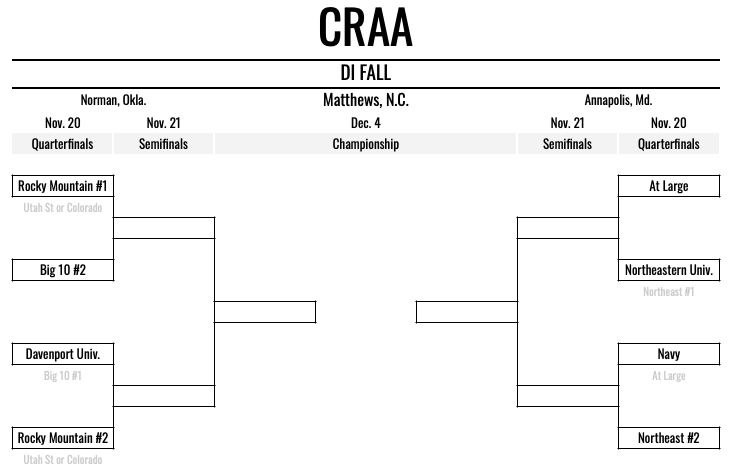 Remember: CRAA also has DII college teams; however, only the Rocky Mountain fields a fall-based DII competition. Therefore, Rocky Mountain’s Colorado Mesa University and Colorado School of Mines will feature in the ACRA fall championship, the final of which will also be contested Dec. 4 in Matthews, N.C.