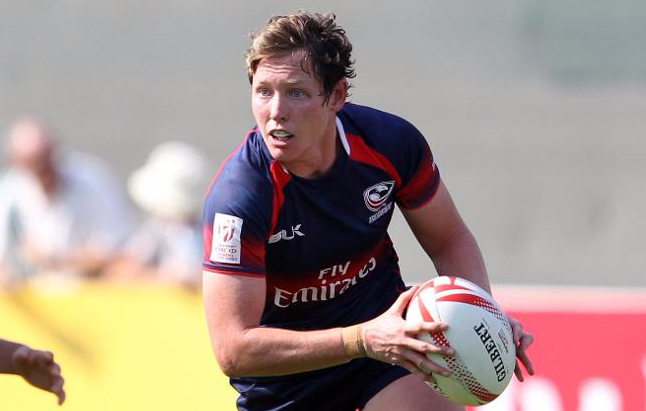 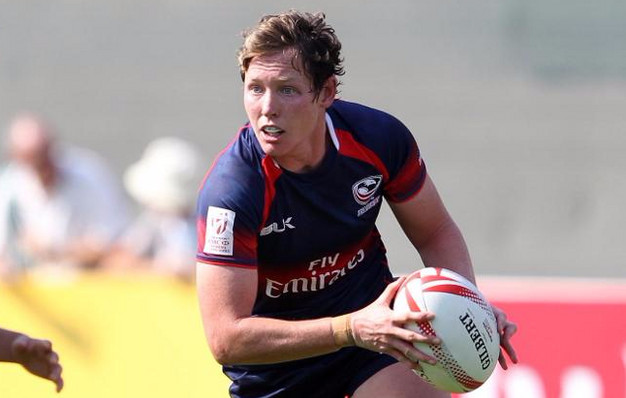 The USA Women 7s improved to 8-2 against Russia, winning 19-10 during the second round of the Sao Paulo 7s today. It was a second-half surge, propelled by an eager defense, that shifted the victory into the Americans’ hands.

The game began with a long kickoff that rolled into touch at the USA’s five meter. A clean lineout moved to Kristen Thomas, who ran her side out of danger but knocked the ball in contact. It would become a familiar scenario, as the USA showed some confusion on the sideline, either being pushed into touch or lacking awareness of support players.

The USA did steal Russia’s put-in, but then three penalties and two huge fends from the towering Yulia Ledovskaya put Russia into scoring position. One of those penalties was a yellow card to Megan Bonny, and Russia made good use of the extra room, as captain Ekaterina Kazakova set up Arina Bystrova for the try, 5-0.

After the restart, Thomas was pushed into touch, but a long throw-in saw Bonny scoop up the ball. Alev Kelter made good ground on the far sideline and just missed Jessica Javelet racing to her side for the offload. Recycled to the opposite sideline, Bui Baravilala stepped past her opposite to score in the corner, 5-all into the break.

The USA kicked off the second half and exerted defensive pressure that saw Russia retreat. Thomas isolated her opposite inside the 22 meter, smothered the tackle and then popped to her feet for the poach. The ball moved toward the center of the field and was nearly slowed as a bad pass sailed to Jill Potter. But the prop popped the ball from the ground into the hands of an on-rushing Kelter for the try and conversion, 12-5.

The USA scored immediately afterward, and Potter was at the epicenter of the team’s third try. She stole the kickoff, powered forward, and sent a skip pass to Hunter Griendling, who raced to the try zone untouched. The score marked Griendling’s first as an Eagle, and the debutante added the conversion for the 19-5 lead.

The Eagles continued to lean on its defense to control the game, but as the game wore on, the players showed some fatigue. They scrambled and kept working, but the holes opened up. With 30 seconds remaining, Russia’s Anna Gavrilyuk scored the game’s final points, 19-10 to the USA.

The USA plays Spain at 12:18 p.m. EST in the final round of pool play. Both teams are 1-1, with Spain losing to New Zealand 34-0 in the second round. The victor of the round-three match will be guaranteed a spot in the Cup quarterfinals.