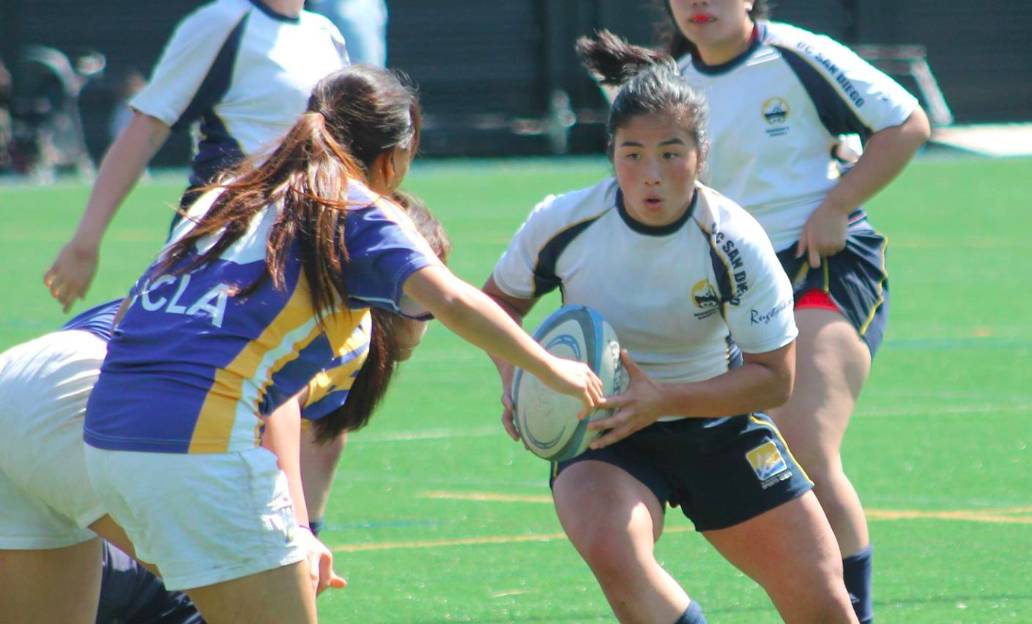 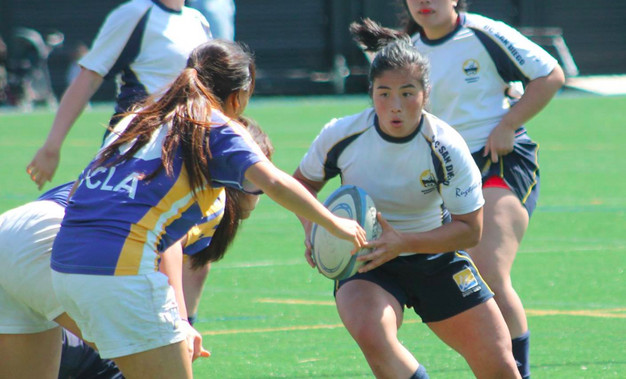 UC San Diego knew from the outset that building depth was going to be the key to a successful season. Availability issues forced the team to be even more adaptable than anticipated. But now, after 10 league games, the Tritons are more confident heading into the playoffs as the top Pacific Mountain Rugby Conference (PMRC) South seed.

“In my first season, the team really relied heavily on one or two players to lead the charge – but that is definitely not the case this year,” UC San Diego coach Kirstin Hartos reported (during her wedding weekend). “We have a lot better depth this season, because we’ve been forced to develop and utilize it. It’s great to look ahead to the post-season knowing that one player’s injury or availability isn’t going to make or break it.”

While there has been consistency in a few positions, every single game saw a different starting lineup. Younger and new players got more playing experience than they otherwise would have gained, and veterans moved between units and into completely new positions. It’s been difficult to manage, however, the team has realized it can win with a slew of different players on the pitch.

On Saturday, UC San Diego ended the regular season with a 31-22 win over UCLA.

“The agenda for yesterday’s match against UCLA was really no different than we’ve had this season,” Hartos said of post-season considerations. “We were missing about five starters and a couple of others were not at 100%, so we again relied on our younger players to fill in and came out with a win, despite the narrower margin. Credit to UCLA for the tough match, keeping the pressure on and forcing us to work really hard defending our goal line for the last five minutes.”

UCLA finished second in the conference, but there in uncertainty as to whether the Bruins will be making the trip to Washington State for the one-off game. UC San Diego is hosting its PMRC crossover match and welcome Cal to southern California. The victor will join three other PMRC teams in the western portion of the spring Round of 8.

“I think it has been more than 10 years since the team has gone undefeated in league, but it’s been a process the last couple of seasons to get to this point where they understand the game plan and have improved in their decision-making on the field with good results,” Hartos added.  “Last season, I think the team was still surprising themselves with their performances into the post season. This year, they have set higher expectations for themselves. We knew going into this season that depth was going to be absolutely critical to our success with a more rigorous schedule, so I’m pleased with how the team has done so far, and excited about the prospect of having the majority of our players healthy and available into the post-season.”

The PMRC crossovers will be held March 26, and the first round of spring playoffs will occur April 8-10.

Tucson Wins Battle of the Undefeateds


Player of the Week: Kayla Canett