DII Semis, a Spectrum of Experience 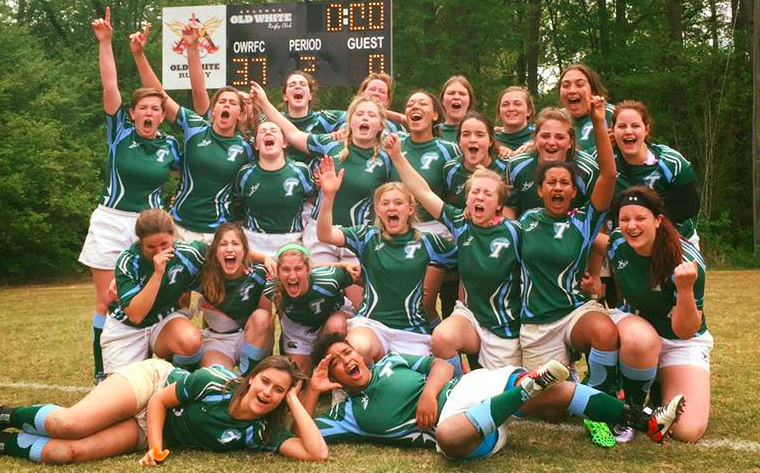 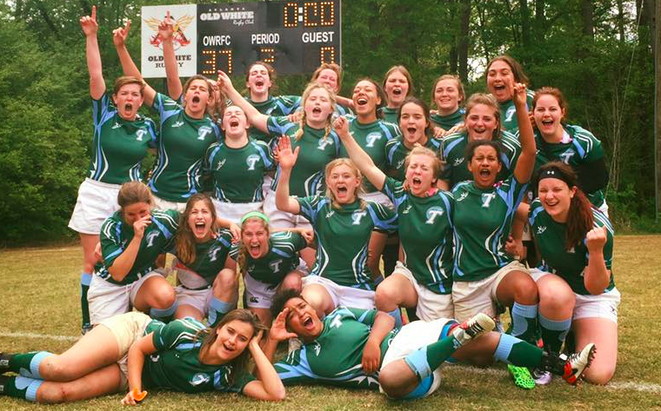 Looking toward the DII spring semifinals, there’s a range of experience among the four teams traveling to Davis, Calif., for April 23-24. The split-season championships have provided more opportunities for teams to experience the post-season, and the spring championship sees familiar and new names competing for the title.

Humboldt and Salisbury occupy the veteran side of the bracket. Salisbury won the East seed in convincing fashion and returns to its second consecutive spring semifinal. Pacific seed Humboldt enters its first spring final four but has competed in national and spring post-season the previous two years. The West Coast conference champion defeated Long Beach State 52-5 on Saturday and then UN Reno 37-12 Sunday for the berth.

“We kinda saw it in the stars that we’d see them this Sunday, and we’re happy to see another team from our conference there,” Humboldt player-coach Meredith Conrad-Forrest said of the team’s fourth game against UN Reno this season. “The team was excited to play. We knew it would be a good match and that Reno had something to prove. We played our game plan, a clean game, and that’s what we came out here to do. It was really nice to see.”

Reno ramped up its performance and owned good chunks of possession. The team scored two tries in the first half, both from wing Megan Shalvis, who is a truly exciting player, and on the back of good go-forward from players like prop Taylor Harkrader. Humboldt got first-half tries from inside center Jordan Ludtke (off the opening kickoff), outside center Lila Bell and wing Tiana Barron to lead 15-12 with five minutes remaining the first half. The Lumberjacks did well to get the final score before the break, sending Barron (pictured) across for her second score and 20-12 lead. 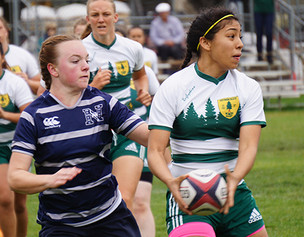 “Tiana Barron stepped up this weekend, making her tackles and running super hard. She took a few high tackles this game and got back right back up ready to play,” Conrad-Forrest praised the newcomer. “She’s had great games all season but she really stepped it up today. In the forward pack, our prop, Taylor Pallesen, brought out the big hits today. She’s had them before, too, but she really brought it out, taking on the biggest Reno players and knocking them down. That was awesome to see – that confidence and shine in her eyes when she was doing it.”

Humboldt shut out Reno in the second half while sending fullback Britany Perry, Ludtke and Bell across for tries. Flanker Conrad-Forrest added the conversions for the 37-12 win.

“With how we’re playing, it’s a great way to go out with Humboldt rugby, especially coaching it and watching these players grow and having fun on the field,” Conrad-Forrest reflected on her collegiate career. “I couldn’t ask for anything more in a final season.”

For Tulane, everything is new. The Louisiana program was resurrected a couple of years ago and became healthy enough to enter the South Independent Rugby Conference (SIRC) this spring. There were no expectations of the young team, as the league was simply happy to see Tulane join the competition. But behind the leadership of influential players like captain Maddie Brenner, Brittany Dykes and Alexandra Clark, Tulane finished second to UGA in the SIRC championship.

Tulane banked some important lessons from its first two-game weekend – namely, the important of rest and recovery – and employed them last weekend in the Round of 16. The tournament started with a 30-10 win over Florida rep Eckerd on Saturday.

“The opposition gave us a good, competitive game, and we struggled a little bit to get parity around our set pieces,” said Tulane’s Matthew Williams, who shares coaching duties with Jessica Mallindine. “They put us under pressure in the early stages, and it became one of those performances where we had to dig really deep.”

Tulane’s defense propelled the win, the way it has all season, but the team and staff weren’t satisfied with the overall output against Eckerd. Sunday, the team lined up against Arkansas, which had eliminated UGA 25-15 the day prior.

“They didn’t let us down and played good rugby early,” Williams praised the 37-0 win. “It was by far our most clinical performance in both areas of the set piece – scrums and lineouts – and we were very accurate in our execution. We didn’t leave any chances out there. Arkansas didn’t make it easy and posed questions all game. The score’s really a reflection of how hard we worked on defense.

“The whole team from 1-23 had an outstanding performance,” the coach added. “We rolled out the whole bench. They showed great resiliency with 10 minutes to go as Arkansas applied a lot of pressure and we still held them to zero. For us coaches, those were the impressive moments.”

As Tulane looks ahead to another program first, a different reality is setting in: Two wins in Davis, Calif., would mean a return trip to the west coast on May 7. In this regard, Tulane is at the greatest disadvantage. Humboldt and University of Southern California (also a spring final four newcomer) are relatively close to the final stages’ locations. Salisbury knew since last year that it wanted to return to spring playoffs, and that foresight pairs with advance fundraising. It’s been an educational season for Tulane, and it’ll continue for at least another two weeks.