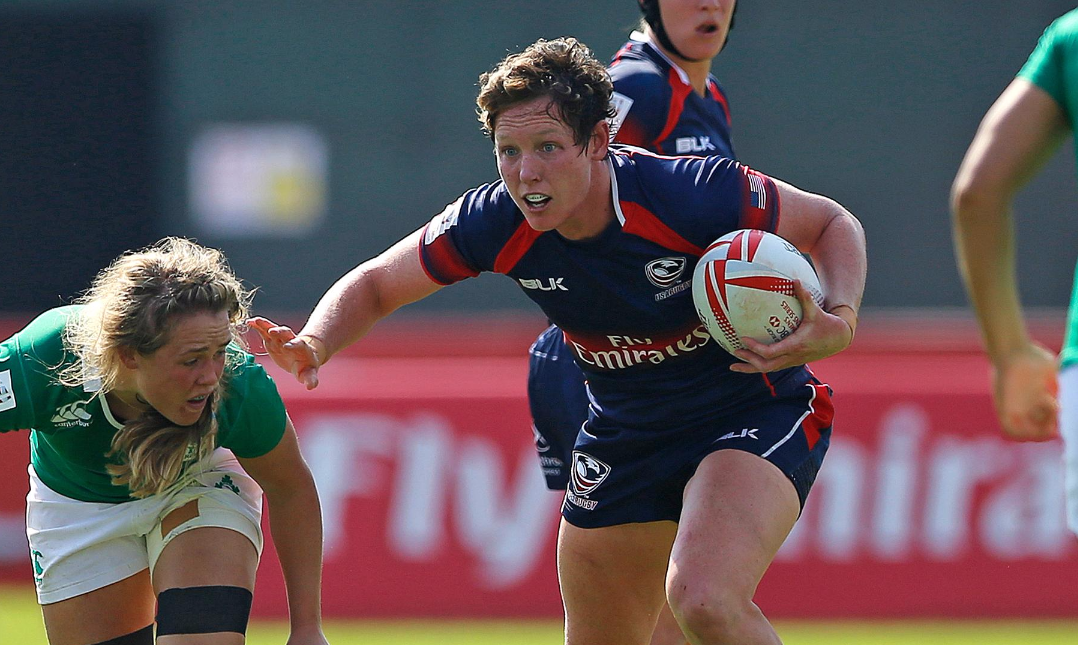 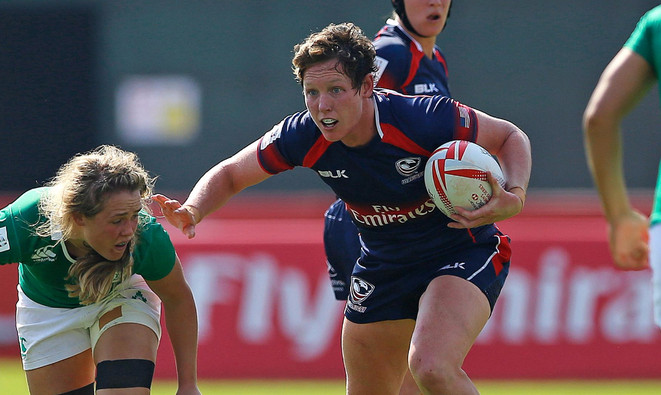 Following a 24-0 win over Spain, the USA is now 2-0 at the Atlanta 7s after a 33-12 victory over Japan. The Eagles will end day one against the also-undefeated New Zealand and have already guaranteed themselves a Cup quarterfinal berth tomorrow.

Japan didn’t find its rhythm until the final two minutes of play, and when the Brave Blossoms connected out of contact, they were able to pierce the USA defense. That’s how Japan earned its two tries– keeping the ball alive and sprinting into gaps – but the majority of the match was played in frustration. So many handling errors meant Japan was perpetually recovering, and the Eagles took advantage.

The USA received the opening kickoff and worked the sidelines in its own end. Japan was fast off the line, too, but captain Jill Potter finally broke through and hit the on-rushing Nicole Heavirland, who was pulled down in Japan’s end. Center Richelle Stephens was quick in support, picked from the tackle and shot through an unguarded lane for the score. Flyhalf Bui Baravilala added the extras for the 7-0 lead.

Japan knocked the restart into touch, and the USA took a scrum near Japan’s 22 meter. Two poor passes saw a quick, big loss in territory, but wing Kristen Thomas scooped up the ball in open field and beat her opposite with ease for her second try of the tournament. Heavirland added a difficult conversion, 14-0.

Japan had a good opportunity to regroup after the USA was penalized at midway for not releasing, but more sloppy play followed. Heavirland gathered a pass that hit the ground and pulled to within five meters of the tryline before she was stopped. But in Japan’s eagerness to poach the ball, the tackler failed to release, and Stephens sent the penalty tap to prop Kate Zackary, who pulled her defenders over the line. Heavirland’s second conversion gave the Eagles a 21-point lead into the break.

During halftime, USA Women’s 7s coach Richie Walker instructed the players to run tighter loops, since Japan was double-teaming ballcarriers and a little pop would expose that over-commitment. He also wanted the defensive work rate to pick it up in the second seven.

The home side scored one more try before Japan started to answer. After a piercing run from Baravilala on the short side of the scrum, the ball moved wide. Substitute center Lauren Doyle did a great job of sidestepping her defender, who had timed her on-rushing coverage with Doyle’s receipt of the ball. After shaking out of another tackle, she passed to substitute wing Jessica Javelet, who was stopped just short of the line. The ball recycled back to Zackary, who again was too strong to halt that close to the tryline.

Trailing by 26 points, Japan finally found some success, tearing down the field with fast phases and risky, but successful, offloads. The first score came after such a series, and the scrambling defense didn’t properly cover the ruck channels. Immediately after the try, Japan got another big break that Megan Bonny smothered meters from the line, forcing a knock-on. But when the USA was penalized in the subsequent scrum, Japan tapped through the free quick and sent a skip pass out wide for the try, 33-12.

But the USA had the final word, as Doyle enjoyed a mini-break along the sideline before offloading to Alev Kelter, who took on some defenders before hitting Heavirland. The scrumhalf cut back inside for some room but didn’t have the legs to finish it out. Doyle was in support to keep the drive alive but slowed in the final stretch to meet a chasing defender. The ball moved away from the contact point quickly, and Bonny finished the effort with a try, 33-12.