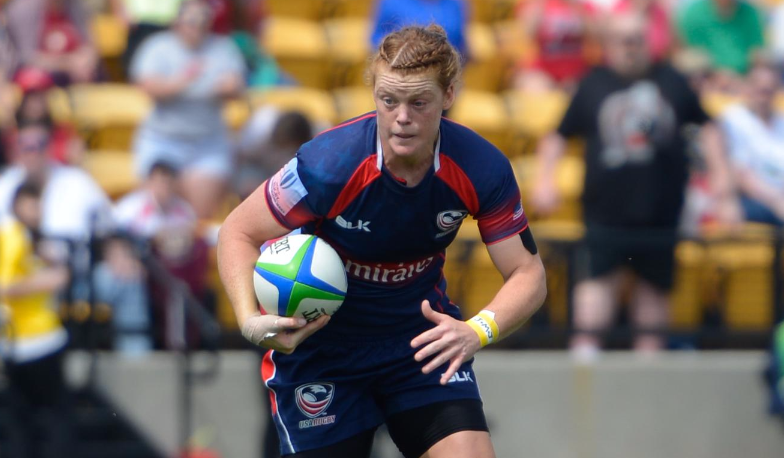 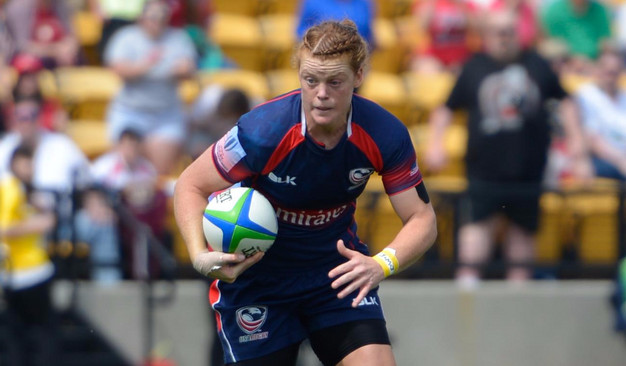 Australia was precise in its 34-0 win over the USA Women 7s team and advance to the Sao Paulo 7s Cup final against Canada. The USA will face New Zealand for third place.

With the exception of inconsistent restarts, Australia dominated the Cup semifinal. With Charlotte Caslick in the middle of the pitch, her head on a swivel, and powerful finishers like Ellia Green and Amy Turner on the sidelines, Australia was able to stretch the American defense and pierce the line for six tries. The Americans were a little tighter and just didn’t play with the familiarity and confidence that Australia displayed with ball in hand. The Aussies – like New Zealand and England – were good about turning the ball over in the tackle when support was slow.

Jill Potter nearly came down with the opening kickoff, but the knock forward awarded Australia the scrum in its end. Flyhalf Quirk drifted across the pitch, and Green hit the switch at pace and from depth. There was no catching the flyer who dotted down her 13th try of the series. Emilee Cherry converted the score.

Australia kicked the first of two restarts out on the full, and the USA resumed play from the 50 meter. The offensive push ended in an offsides penalty, and Australia needed only a couple of phases before creating enough room for Tuner down the sideline. She pushed off Jessica Javelet for just enough room to dive into the corner, 12-0.

Potter made good ground down the sideline, but slow support meant the prop needed to release the ball, get to her feet and attempt to continue moving forward. The timing didn’t work out and Potter was penalized for not releasing. Australia attacked quickly, and this time Shannon Parry took a flat pass between still defenders. Javelet made a nice cover tackle but momentum sent Parry into the try zone, 17-0 into the half.

Another 17 points came in the second stanza. Approximately a minute in, the ball moved to Green, and the defense swarmed. Potter smacked the ballcarrier, but the ball moved to Caslick smoothly. The flyhalf worked the misaligned defense for the pullaway try, converted by Cherry, 24-0.

Turner got her second try of the game after Nicole Beck ripped the ball out of Joanne Fa’avesi’s hands, then moved it to the sideline for the corner try. With time winding down, replacement wing Naya Tapper gave up a penalty, which Australia kicked to touch. From the lineout, Green took a short throw-in past an unprepared defense for her 14th try of the tournament, 34-0.

The result mimics the team’s result against New Zealand in the first round, and the Eagles will have the opportunity to test what improvements have been made since then. The pair will face each other in the third place match.


Stanford Evens Up With Davis