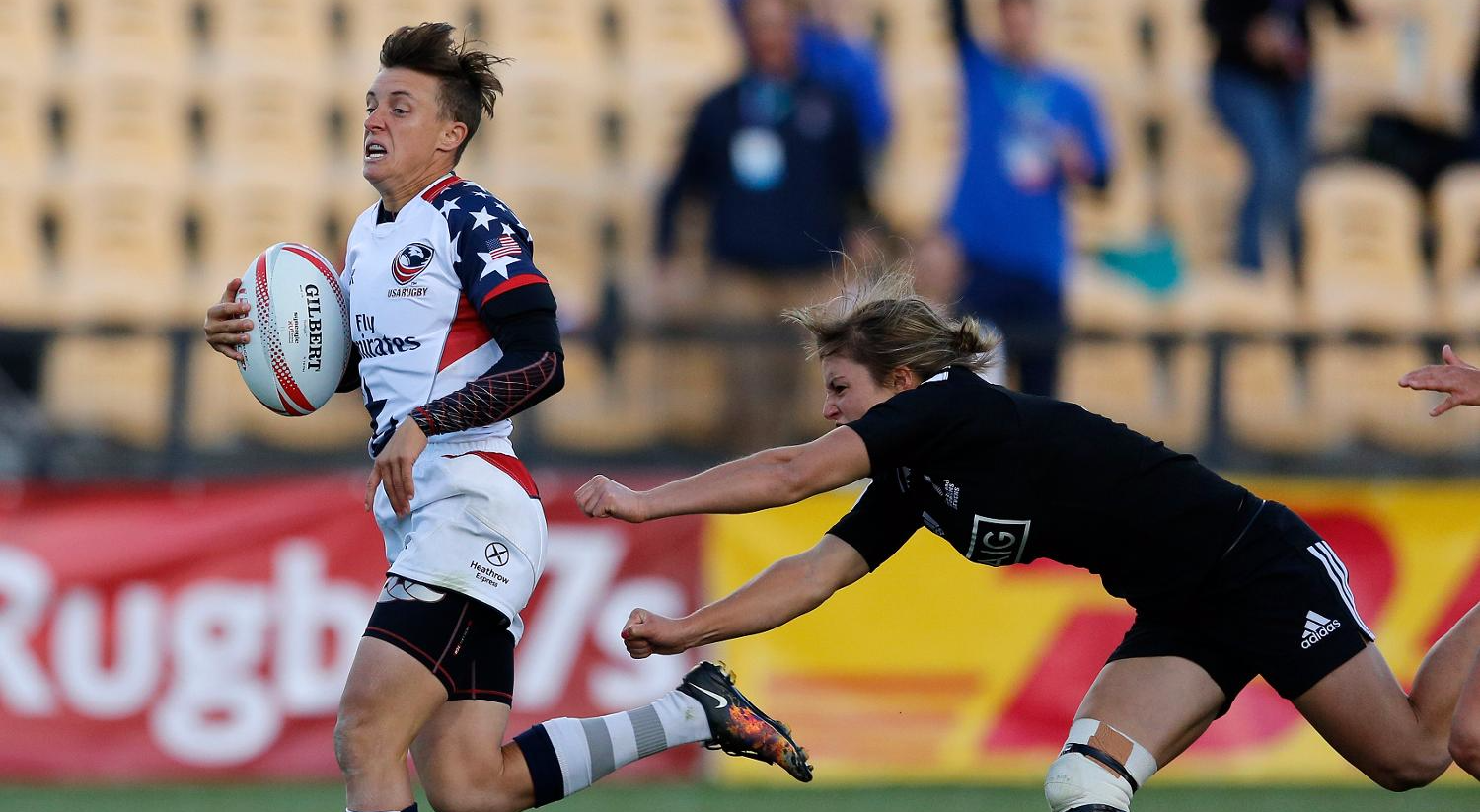 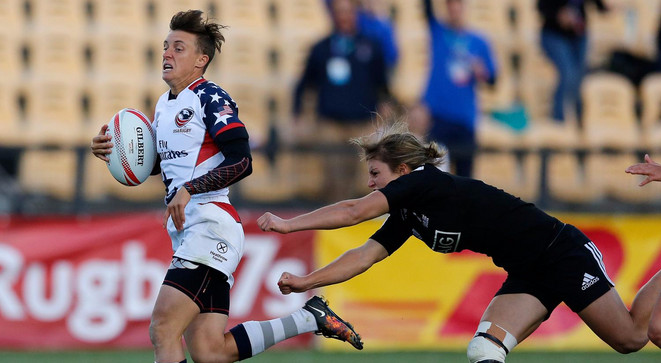 The USA Women’s 7s team rounded out Langford 7s pool play with a 19-7 loss to New Zealand. The Kiwis were more dangerous, able to beat their opposites one-on-one but also able to see and capitalize on imbalances around the field. The Eagles hurt themselves with some unforced errors and also struggled in their first-up tackles, giving the Black Ferns more opportunity to attack.

When it comes to teams like New Zealand, the opposition must, as always, nail its fundamentals but also play more than a basic game. The Eagles came out embracing that mentality, as Jessica Javelet chipped over the defense in the opening possession. An ankle tap prevented the pull-away try, but the tackle was well supported and play continued into Kiwi territory. Alev Kelter did a great job taking on defenders and sending a wrap-around pass to Ryan Carlyle, who knocked on.

But with good field position, Kelter pressured the scrumhalf, stole the ball and hit Kristen Thomas running on for the uncontested try. Bui Baravilala converted for the 7-0 lead. 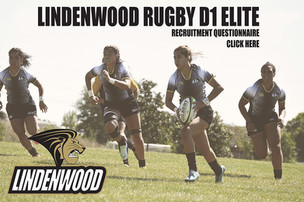 The Eagles were pumped up, and Carmen Farmer ripped the restart out of the New Zealand receiver’s hands. Although the pickup was knocked on, the U.S. continued to pressure in the form of Kelter off the scrum, Joanne Fa’avesi in the tackle, and Carlyle in the breakdown forcing bad passes. But these promising moments were nullified by penalties or unforced errors, and those mistakes can go unpunished for only so long.

The ball eventually made it to New Zealand wing Portia Woodman, who switched on the sideline and then deployed her nasty sidestep and fend to pull away for a try. Selica Winiata hit the conversion for the 7-7 tie.

The tackling essentially disintegrated from that point on, as upright, outstretched arms marked the Eagles’ attempts to pull down New Zealand’s crafty, strong ballcarriers.

Woodman helped set up the next try, as she challenged Kelter in the air for the restart. The knock-on afforded a New Zealand scrum, and shortly afterward, Carlyle was yellow carded for playing the ball. Attacking in the Americans’ end, the player advantage was all New Zealand needed to sent Ruby Tui into space, stepping around defenders for the half-ending try, 12-7.

Momentum had shifted, and the Eagles hurt themselves in execution, but New Zealand was also on its game. Attacking deep in the U.S.’s end, Kelter wrestled away possession and attempted to gain ground up the sideline. As she was pushed into touch, she threw the ball back inbounds and it ricocheted off her tackler. The assistant referee wasn’t positioned to see the series of events, but New Zealand didn’t wait for the call. The Kiwis sent a quick lineout back in play, while a couple of U.S. players raised their arms in protest, and moved the ball wide to Tui, who used the width of the field to beat Farmer to the corner. Winiata followed with an impressive conversion, 19-7.

Tui was later yellow carded for taking Baravilala past horizontal, and Ringgenberg picked off a pass for a long, unsupported breakaway, but those opportunities ended in knock-ons and the touchline. New Zealand kept plugging away, slipping out of tackles and exerting a ton of pressure in the breakdown when in striking distance.

Fortunately, Fiji beat Spain 15-10, meaning that Pool B included three teams that finished 1-2. The USA had the best point differential (-3) to finish second and moves onto the Cup quarterfinals against England.