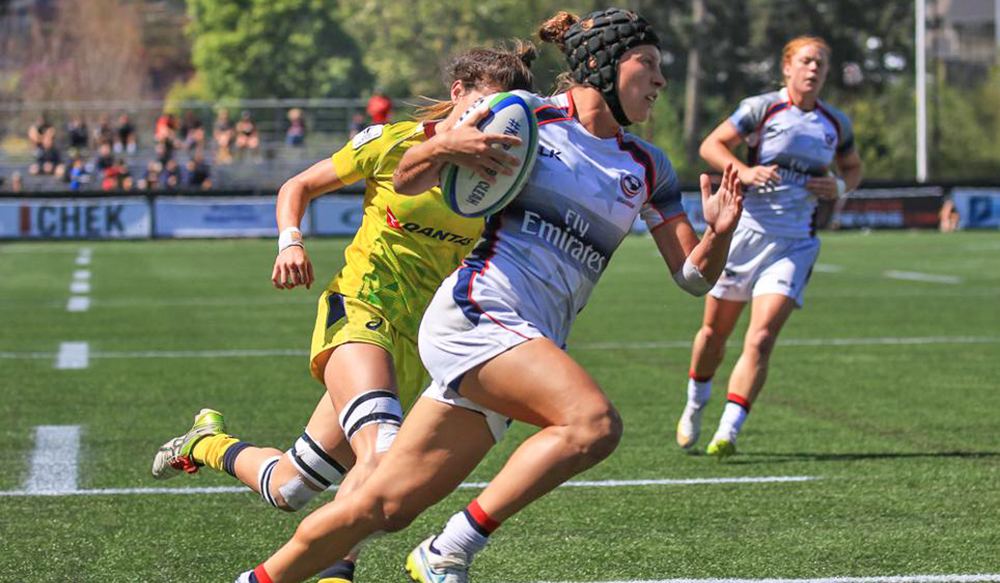 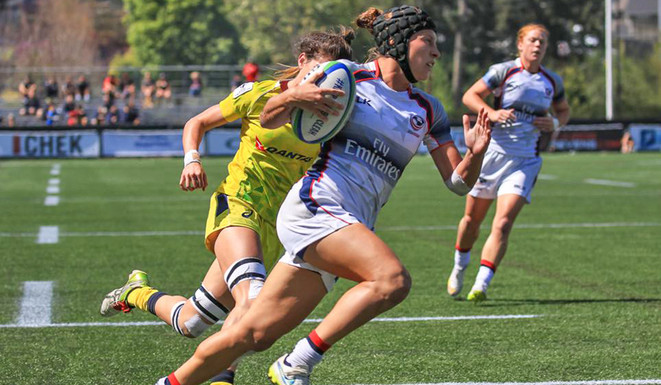 The Eagles pressured Spain in every aspect of the game – from Jill Potter disrupting the restarts, to Alex Kelter and Bui Baravilala powering through contact, to returner Lauren Doyle challenging the high-paced coverage out wide. It was the solid performance that the USA needed at its home tournament.

The first three minutes were spent in Spain’s end, and several Spain penalties afforded the Eagles more time on attack. Wing Jessica Javelet got to within five meters of the tryline before being double-teamed into touch, but Spain was penalized not long after its lineout, putting the U.S. in excellent scoring position. On the recycle, Kelter took the pass off Potter, cut back across the defense and sliced into the try zone, 5-0.

Play hovered around the USA’s 40 meter and midway for a few exchanges, as the Eagles knocked a short lineout into touch, and Spain knocked on a quick-tap penalty – among other unforced errors. The USA reset from a 50m scrum and moved the ball to center Doyle. She gained good ground angling toward the sideline, and just as the room ran out, she ducked out of the tackle and pulled away for the try, which Baravilala converted, 12-0.

The second half started with a thumping run from Kelter, who pushed off what seemed like the entire Spanish team. With the defense scrambling, the ball worked quickly from Baravilala to Doyle, who sent a well timed pass to Javelet and then followed in support. Just before contact, the wing hit Doyle back inside and she was off for her second score. Baravilala’s conversion gave the home side a comfortable 19-0 lead.

The subs started working in, and Kristen Thomas, Kate Zackary, Meya Bizer – who made a good impact around the ruck – Richelle Stephens and debutante Nicole Heavirland all got time. In fact, Thomas’ first touch resulted in the team’s fourth score. Potter put the team in good position when she chased down the restart and forced Spain to knock on. Baravilala then broke weak off the scrum and flattened her opposite before turning the ball over on the ground. But Spain didn’t react well to the defensive pressure and a poorly executed kick bounced right in front of Thomas, who only had to round the corner for the score, 24-0.

Inside the DI West Spring Playoffs