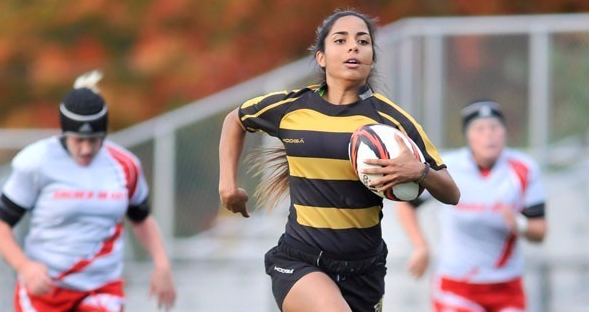 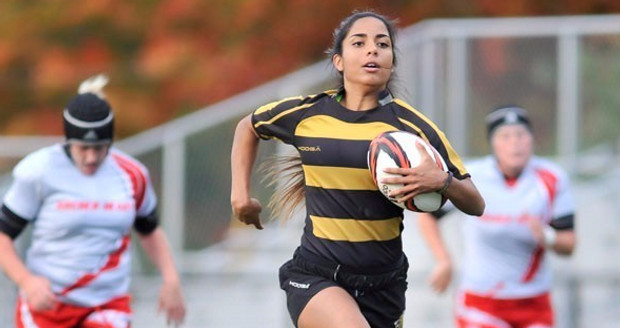 For obvious reasons, the majority of teams that compete at the Las Vegas Invitational hail from the western portion of the country. East coast-based academies like the Northeast and Scion have more resources, but high schools, colleges and all stars are committing to the event for a chance to play alongside the USA 7s.

AMERICAN INTERNATIONAL COLLEGE is making the trip from Springfield, Mass., with more than a break from the snow on its agenda. The Yellow Jackets are participating in the varsity league’s new spring 7s series, and the LVI will serve as warm-up before the kickoff tournament on March 26.

AIC actually hosts that first leg of the series, and then four consecutive tournaments follow at various varsity venues. The sixth stop is the league championship on April 30-May 1 at Army West Point and coincides with ACRA’s 7s championships.

AIC, which has been known for its punishing forwards in the past, has some legitimate 7s players who will shine in the college Open division. Chief among them is Anne-Laurence Harvey, sister to Canadian star Magali Harvey. The freshman led all point-scorers and proved an unstoppable force throughout the varsity fall season. Watch for Shamira Robles and Bulou Mataitoga to also make an impact in the open field.

The team runs quite young, with seniors Muneera Patton and Anna Mbengam serving as the lone upperclassmen. The sophomore class is strong, led by December NASC attendees Kayla Clark and Bridget Kahele.

The FLORIDA HIGH PERFORMANCE PROGRAM has already been in action this year, playing DI Elite Life University earlier in the month and penciling in the Atlanta 7s Festival in April. The 12-player roster features both club and college players, with highlights that include former All American Stephanie Browne, Brazil 7s’ Vivian Junger Silveira, Seattle transfer Jesenia Torres, and a lot of good speed.