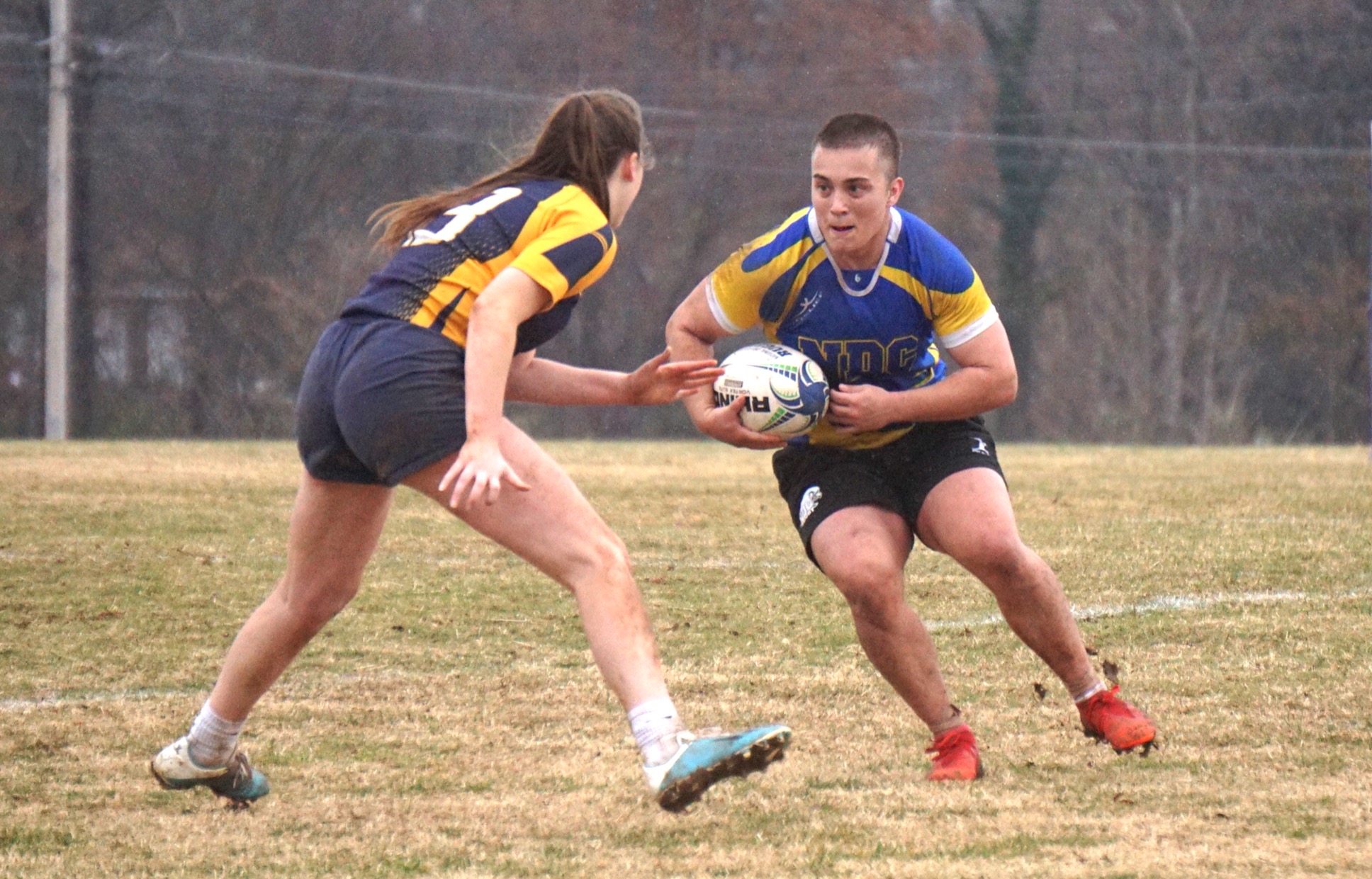 Both Notre Dame College and Marquette University entered fall 2021 with hopes of rebuilding numbers, relationships and experience. Both were pleasantly surprised to not only meet those goals, but extend them to the National Collegiate Rugby (NCR) DI National Championships. Last weekend’s trip to Knoxville, Tenn., was a win in and of itself, and the teams clung to that notion after losing their respective semifinals on Saturday. In the third-place match Sunday, Notre Dame College beat Marquette 42-12 for third.

The teams had very different experiences on Saturday. Notre Dame College competed in inarguably the most competitive game across the DI and small college fields, and ended up losing a heart-breaker to Northern Iowa.

“For them to play on this stage, the nerves were apparent,” NDC head coach Jack Nece said of his young team on Saturday. “The levels of nerves that were coming into play were just really limiting our offense because peple were picking the ball when the nine was right behind them. People were rucking when there were already 3-4 in there and they weren’t getting into offensive patterns. 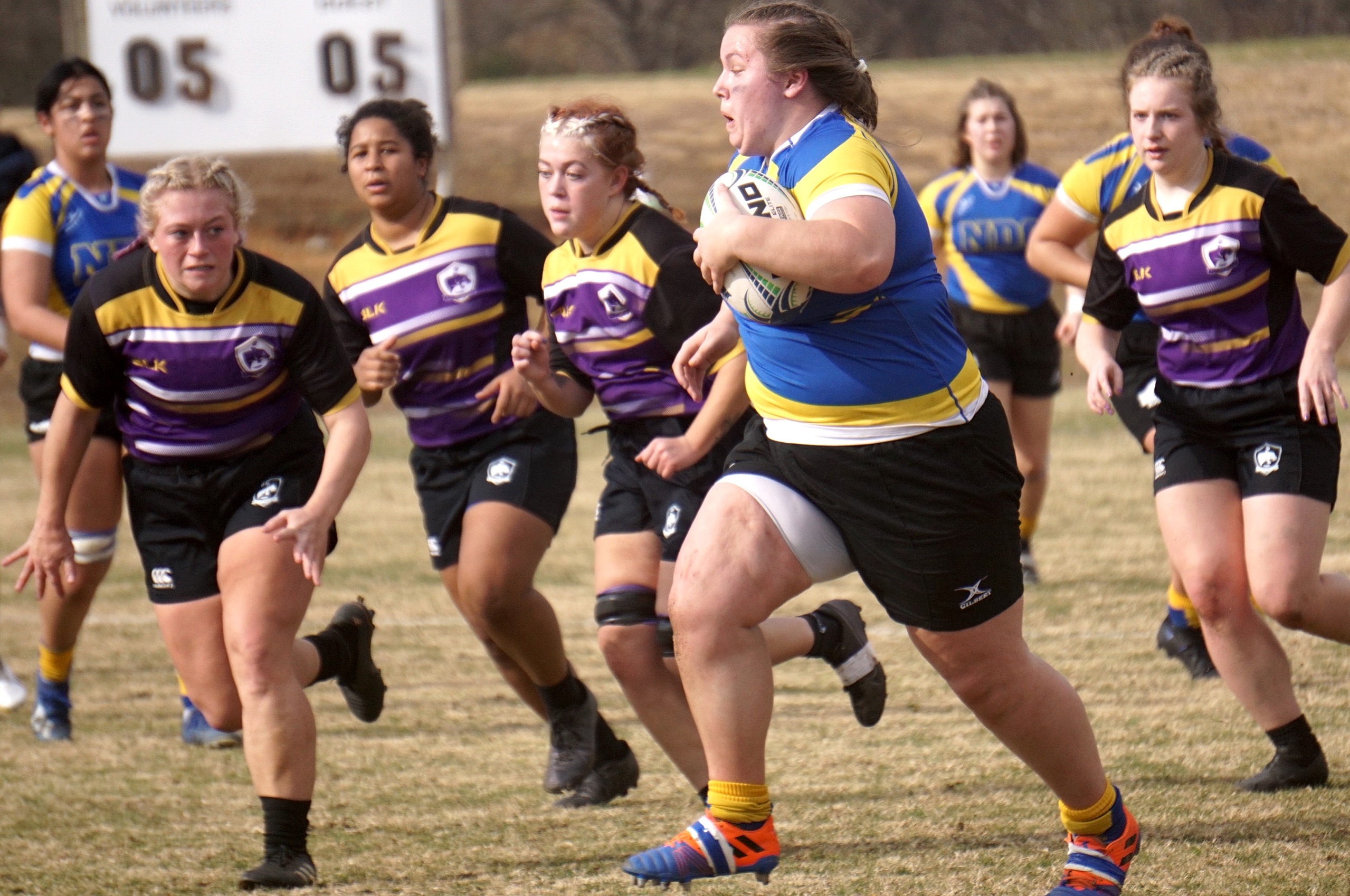 “We shouldn’t have been here in the first place, so I told them [at halftime]: Just own it,” Nece continued. “From there – there were two unlucky things in the second half – but you could just tell the energy was different. People running harder lines, making bigger tackles.”

“It shows the level of character of the player we have here now,” Nece said of the rally. “Couple of key hits, couple key tackles – the level of morale that pivots on those highlight-type reels, those highlight-type line-breaks, things like that, it took one or two of those and the light bulb went off in their head: We can do this. And they scored, and then they scored again and then they took the lead. They don’t understand what they’re capable of until it happens. I always tell them but it’s through experience and games like this they begin to believe in themselves more as the game progresses.” 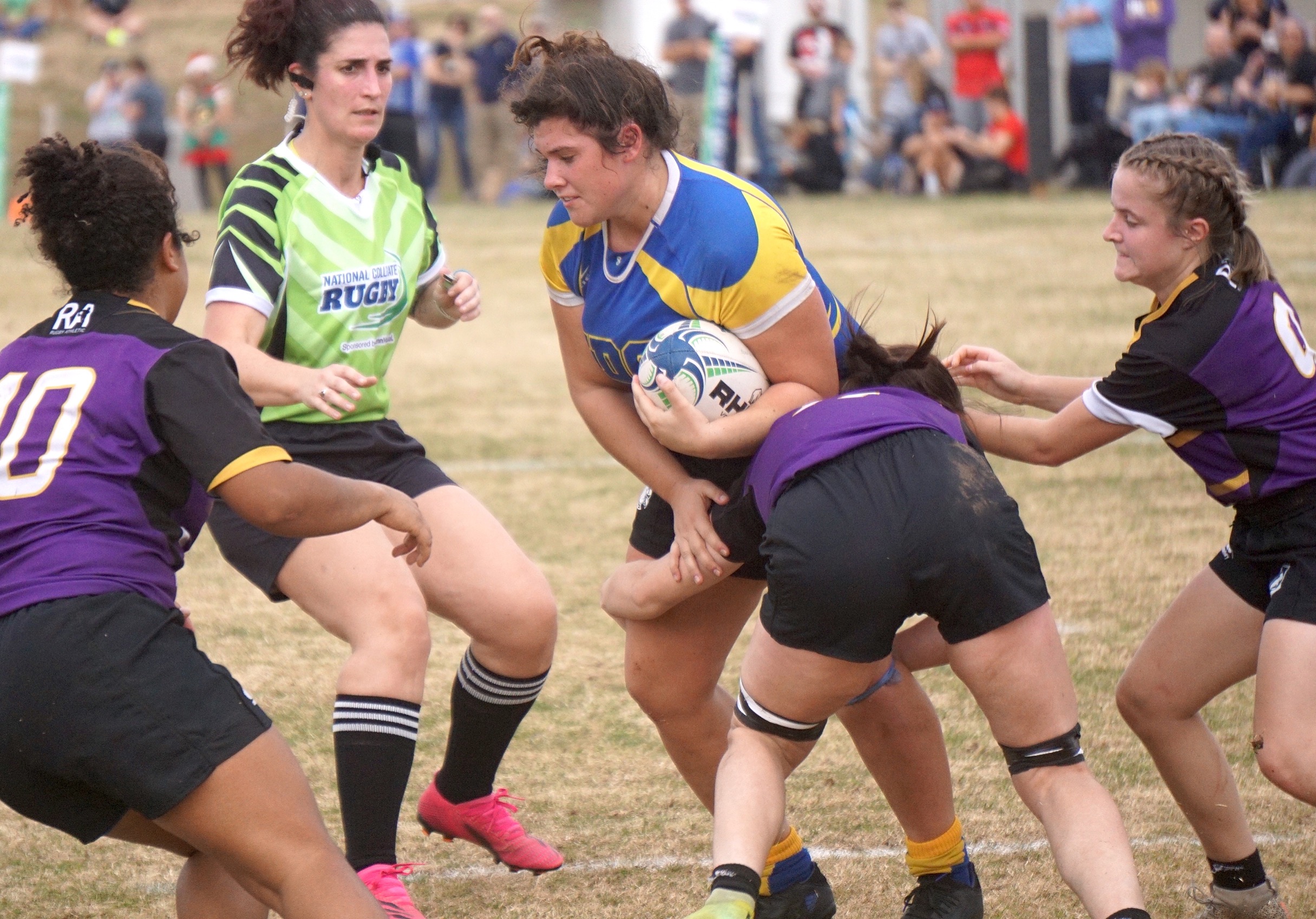 Forwards like Alivia Leatherman, Mary McLoughlan and Raina Perciak drove the physicality, as did Kennedy Miller and Abigail Rose, who had a charge-down try. But UNI operated similarly, and stolen ruck and strip out of contact gave the Panthers the boost they needed for two tries in five minutes for the 35-29 win.

“They’re definitely down,” Nece said immediately after the semifinal. “It’s a tough loss, right, but the good part is they’ve had this chip on their shoulder the entire year … and the level of notoriety they’ve brought back to the program is insane. … I’ve kept telling them: Every single day you’re playing this season is a day more than what you were supposed to be playing. We were supposed to be playing 3-4 7s round robin-y things and then play a playoff type thing. So going from that to four 15s games, getting the at-large bid, and showing up here – you have nothing to lose. You were supposed to be in your dorms studying right now and instead you’re playing rugby in Tennessee.” 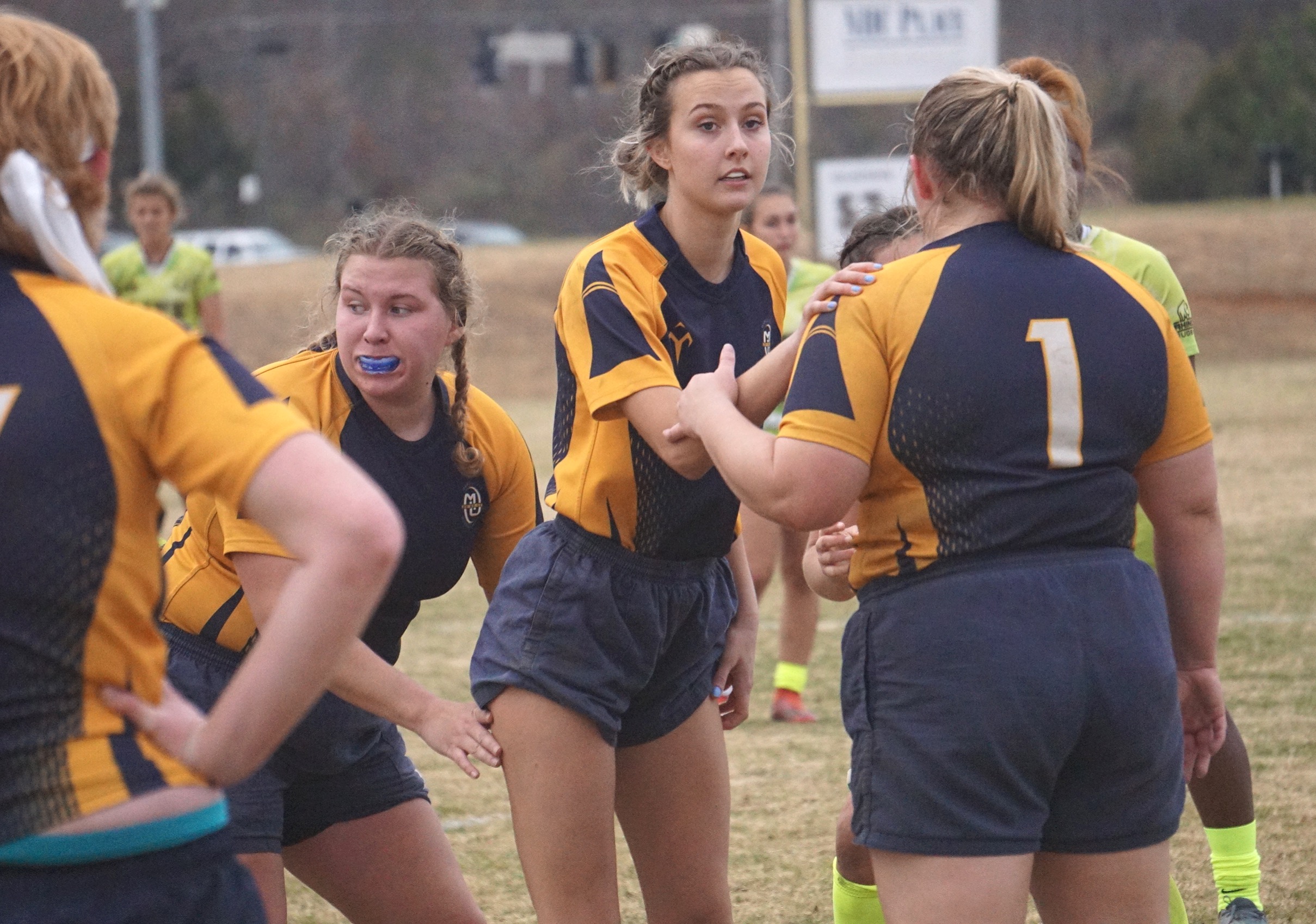 Marquette played eventual champion Life University JV in Saturday’s semifinals and lost 103-0. That, too, is a tough loss but head coach Aoife Hanley asserted that good still came out of the contest.

“We weren’t expecting too much having to come back from Covid, but seeing how strong some of our freshmen were, and our seniors were just great leaders bringing them all the way through,” the Marquette alumna said. “Our attitude has been so amazing and positive. We’ve never been down on each other and have always lifted each other up.”

Marquette played a lot of defense and Life scored a lot of tries, but the Milwaukee players never half-heartedly chased a breakaway, always had a go, and used the try zone chats to talk about small, achievable improvements that could be made to the team game. 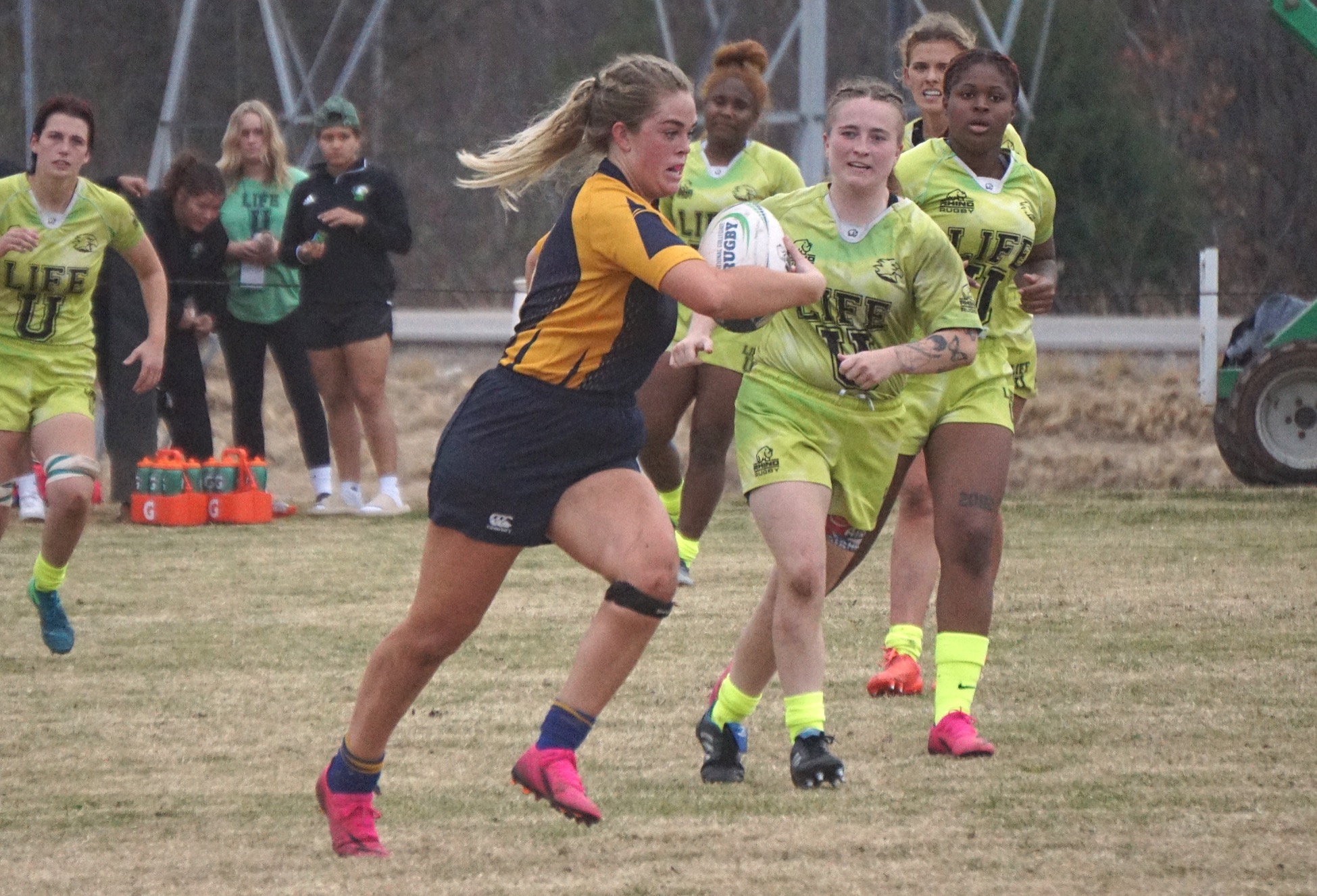 Needless to say, both teams were looking to rebound on Sunday and their seasons with a win.

“[T]he mood was entirely different in the consolation game,” Nece described the change. “Whatever nerves were there on Saturday were gone on Sunday. They played with a great positive energy and controlled the pace and style of the game from the opening kickoff.”

Marquette was also eager to end the season and weekend on a high note.

“Our captain and flyhalf, Angela [Andrews], she always keeps us so grounded, and in the game keeps our focus,” Hanley said of key leaders. “And one of our flankers [Mairin Crumb] just gives her all every game. She’ll do anything for anyone and just plays so hard for us.”

But it was Notre Dame College that was able to enforce its game plan more successfully. 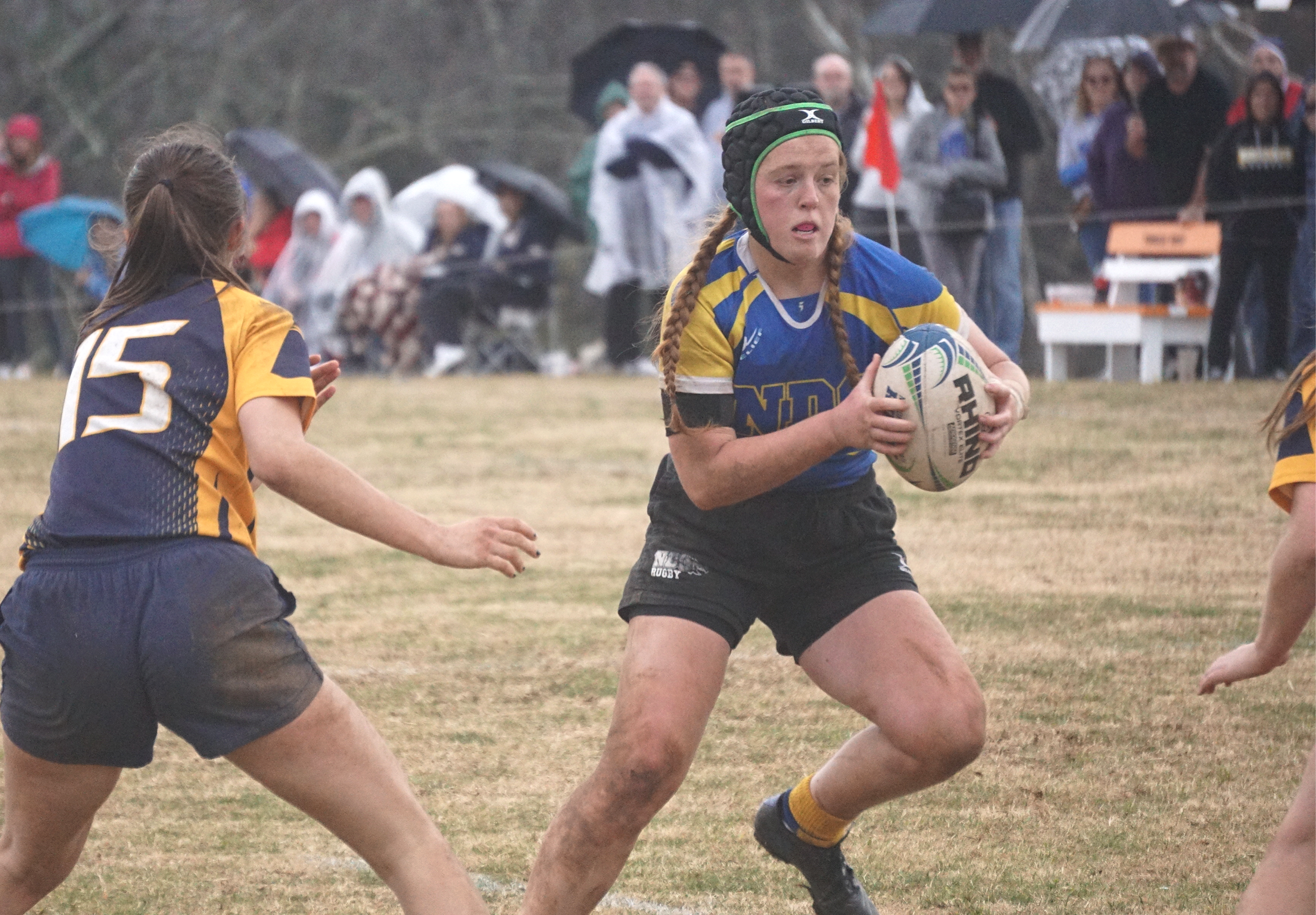 “Once we built up a bit of a lead, I told the players to truly have fun,” the coach continued. “Run those switch lines, hit those pluses and minuses, get the ball on the foot for a chip-and-chase, and the level of diversity it brought to our offense was the best we had seen all year. A great balance of tactics and strategy, mixed with a proper allocation of forward v back play, led us to securing that victory on Sunday.” 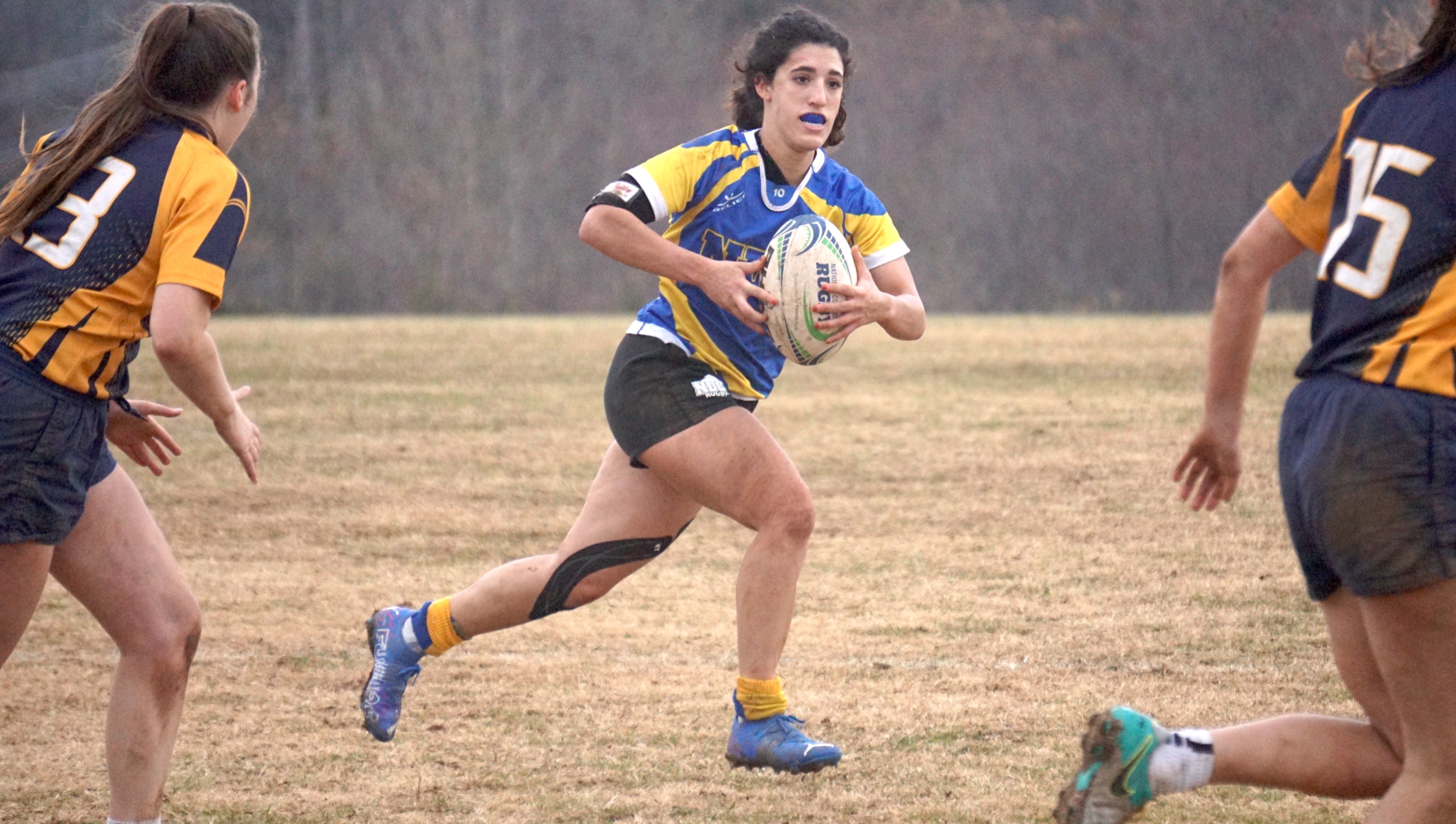 “It’s hard when you don’t make it, but being able to coach them and see them go so far was amazing,” Hanley said of the weekend’s impact. “I think it just shows us that we can literally do anything if we try hard enough and put our mind to it. And that we will keep going as hard as we can. We
will keep reaching for higher heights because we now know that we can do it and that we shouldn’t be dampened by negative thoughts or thinking that we’re not good enough.”