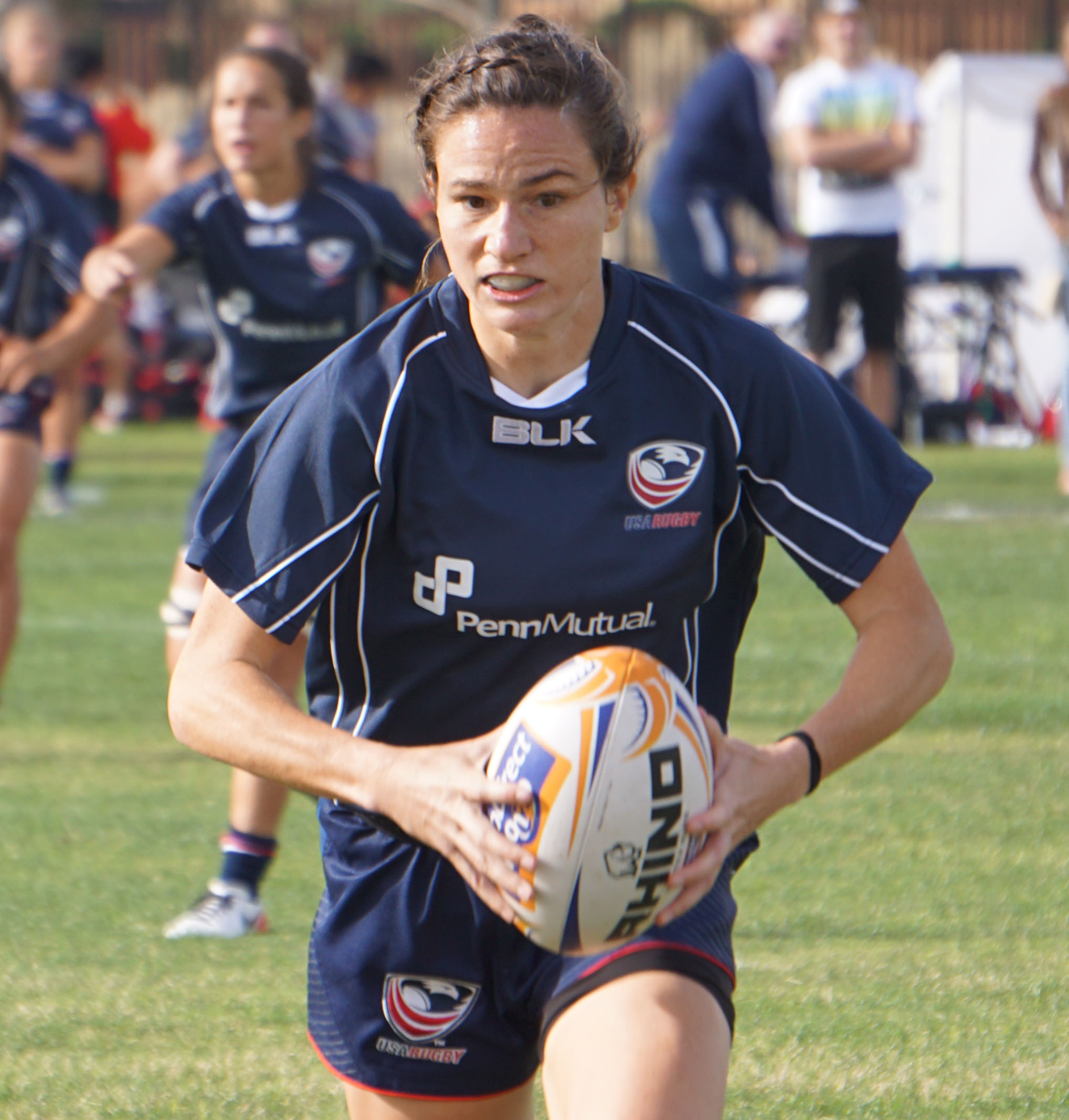 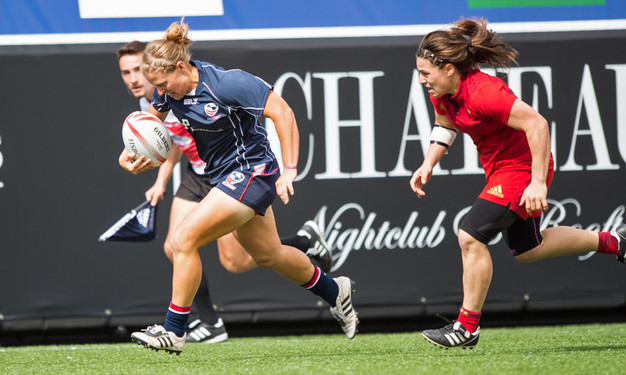 Kate Zachary puts her head down at the tryline. /// Photo: Dave Barpal

France enforced its game on the USA Falcons and won the teams’ LVI Women’s Elite Cup semifinal 24-5. In the title match, France will face Great Britain, which defeated the Maple Leafs with an injury-time try for the 17-12 decision and final’s berth.

The USA Falcons couldn’t find its rhythm on offense, as the French defense slowed down the ball in contact and shut down the outside lanes.

“How do we use some of our speed, one of our strengths, with Kris [Thomas], JJ [Jessica Javelet] and Naya [Tapper] on the outside,” Griendling recalled pre-game strategy sessions. “How do we buy ourselves some time on offense so we can open up those wing areas? 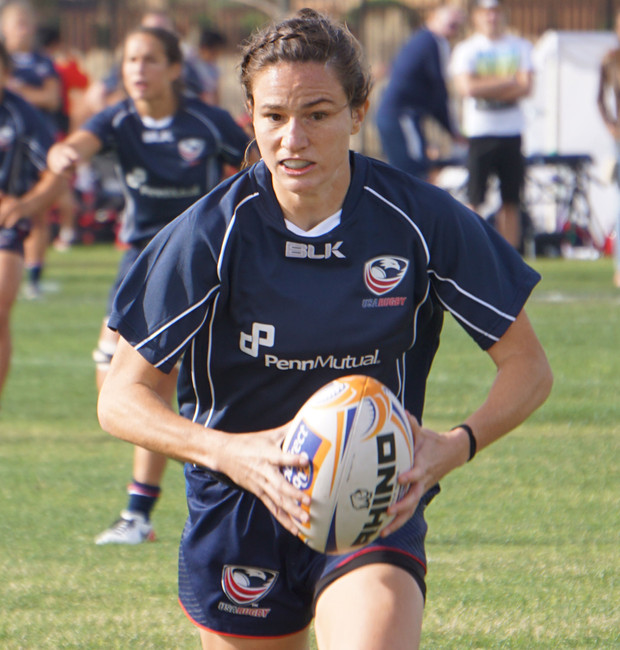 “It didn’t quite work,” the halfback said of the execution. “We need to hit on more honestly. Sometimes it seemed like the second or third [player] from the wing was taking it in, instead of pinning your defender and then moving it, and giving Kris, JJ and Naya the time and the space to do what they do best. Unfortunately we weren’t used to that kind of pressure, and it seemed at times we panicked just a little bit and didn’t trust that we had someone and took it in.”

Some of that panic saw some forced offloads in contact hit the ground, and France’s defense did well to stifle the Americans’ game in tight and out wide. France was able to work the width and kept play alive with some good passes in tight. France got its first score after a USA penalty and then got around Meya Bizer on the sideline, 5-0. Another try dotted down before the break and France led 10-0 after seven minutes.

France’s defense continued to dictate the game, and a knock-on in the USA’s end set up an attacking scrum in scoring position. Simple hands-out saw France get around Thomas for the try, 17-0.

The Falcons got on the board with the next possession, as the France restart went straight into touch. Griendling got a mini-break through the middle of the field, and the ball recycled to the sideline for some work around contact. Kate Zachary picked from the base, took on her opposite with a monster fend, and dove over for the try, 17-5.

The final say belonged to France, which skirted around the short side of a ruck near the 50 meter, and beat Richelle Stephens and Thomas to the try line, 24-5. The Americans’ tournament is over, but there is still plenty of rugby to be played.

By next week, three different USA teams will have competed together. Those Eagles who played in Sao Paulo and Las Vegas will now head home, while many of today’s competitors will travel to the Vancouver 7s.

“Sevens is so much about connection,” said Griendling, who will be heading back to Chula Vista now. “With this team we have some great forwards, some great backs, but since we play together everyday, we hoped that the connection would come. In a couple of our games we were connected very well. It is hard to play with one team for an entire weekend and then a different team for another entire weekend. But we had a few days in between [tournaments] to kinda leave Sao Paulo behind and focus in on this tournament.”

Externally, there were some strange logistics to the LVI Women’s Elite tournament. Games were spread out over four days, and for Cup semifinalists, there were no games Saturday. Great Britain had the oddest schedule: Pool mate Mexico didn’t show, so the team received a bye on Thursday and only played one game. Friday saw two games, none Saturday, and now two on Sunday. There are different kinds of implications regarding recovery, free time and maintaining focus.

“I don’t think I’ve actually played in a 7s tournament when you have a day off in the middle, so there were times when I didn’t know what to do with myself,” Griendling said. “But it’s good to see because the Olympics is going to be three days as well. It’s good to have this prep tournament: What do I feel like on day three? Normally on day three you’re like, ‘I’m just going to lay in bed all day and not move because I’m done for the weekend!’ I think we had the ability to go to the final, and I would have liked to see that outcome.”

Many of the LVI teams will be heading to Canada, so the USA will have the opportunity to test itself against another good, international field. The event will play a big role into determining which players remain in the Olympic pool.