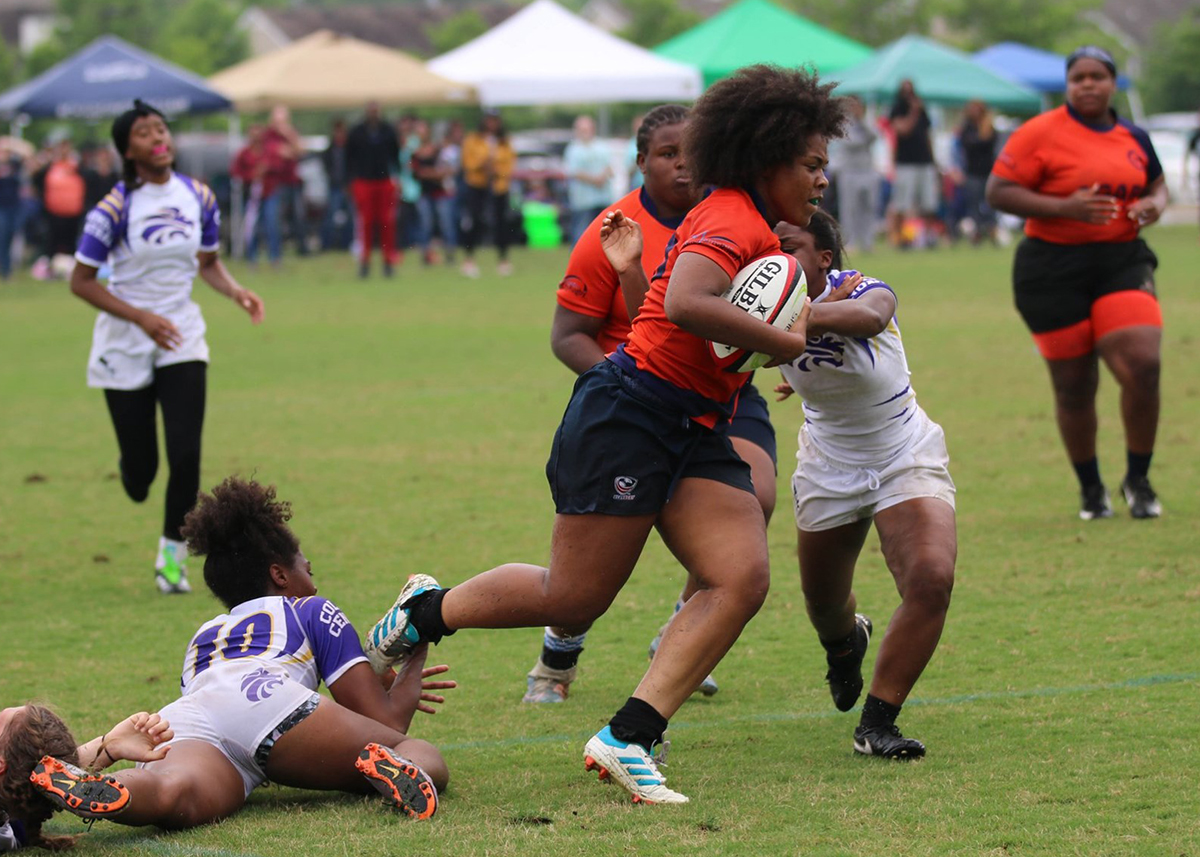 Walker started playing rugby sophomore year of high school and served as captain her junior and senior years. The former head coach knew she was moving on and approached Walker about potentially filling the position after graduation. Walker accepted and started taking additional responsibilities last season, before taking over the program in fall 2018.

“It was kind of hard,” Walker said of balancing new roles as head coach and collegiate freshman at the University of Memphis. “And I had another job on top of that.” 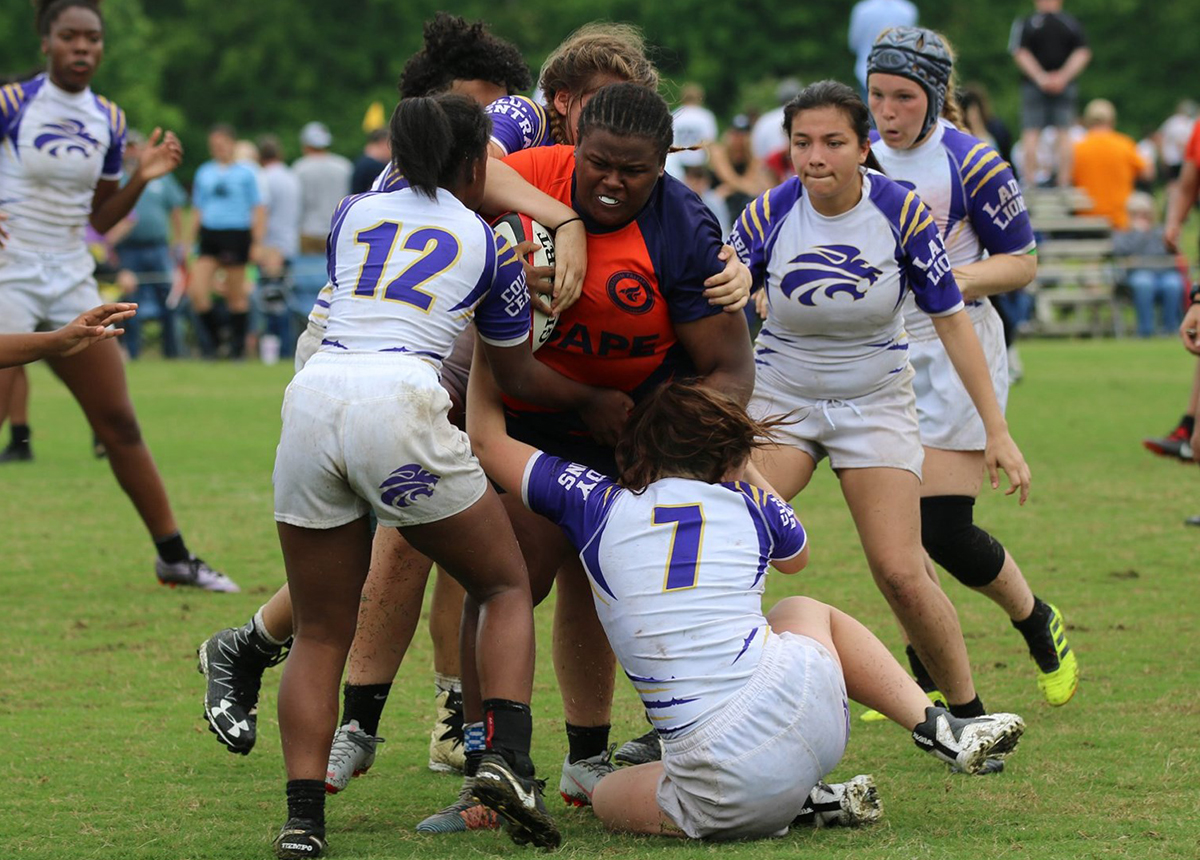 Approximately 15 players committed to the fall, and the team focused on fitness and conditioning. Freedom Prep then won the Tennessee state 7s championship convincingly: 41-0 over Columbia Central in the final. Carlicia Beam, who, “is a forward but runs like a back,” according to Walker, was named MVP and is heading to Dartmouth College this fall.

That success injected some confidence into the squad, but Walker explained that the fall title was no guarantee of continued success.

“I didn’t really know what we’d look like,” Walker said the 15s team. “People leave, take jobs, things come up. You never know, but you hope for a solid group to come out.”

The roster started sorting out in January when 15s practices kicked off and the roster filled out nicely in time for February games. 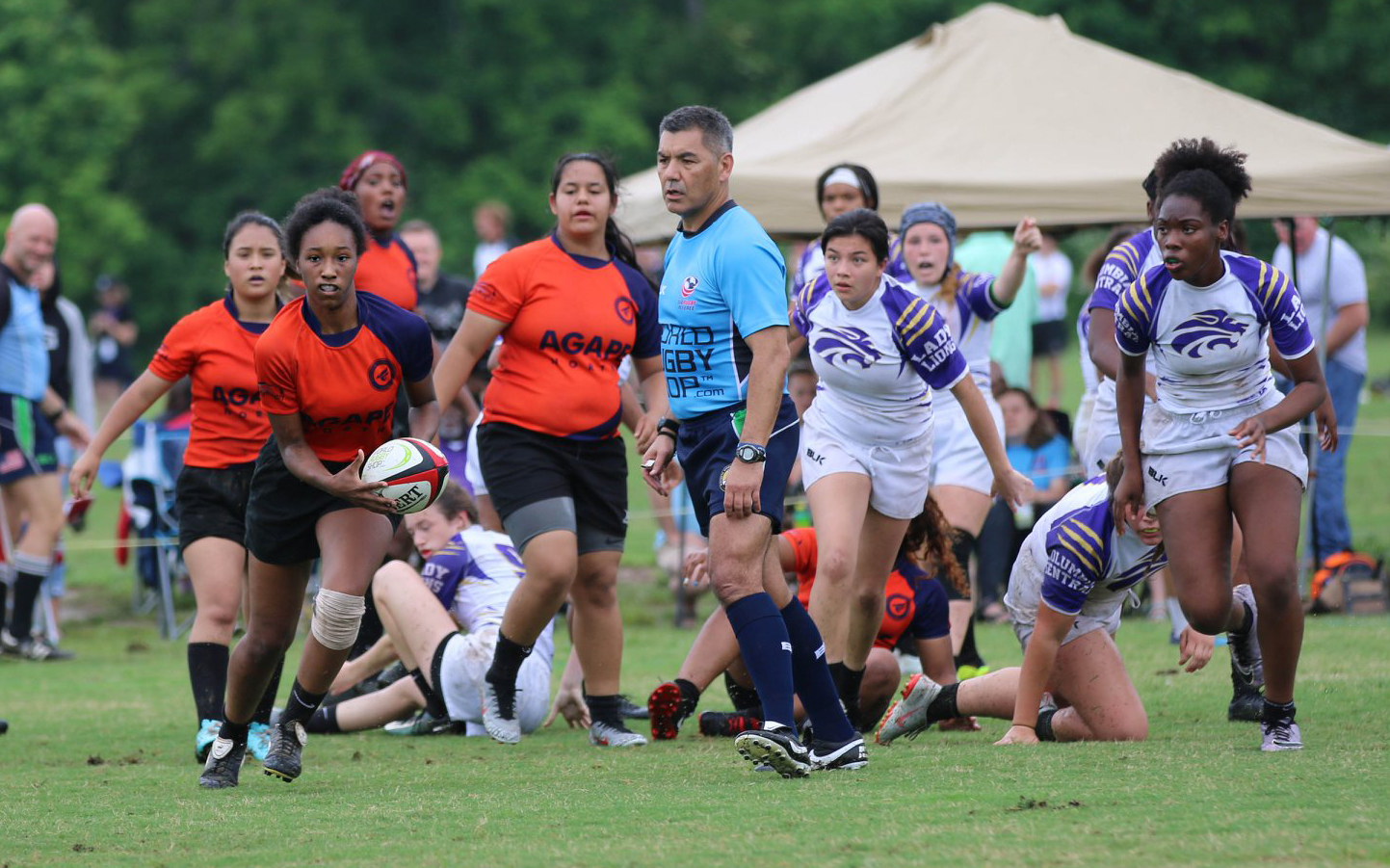 “There was a lot of experience in the class after me,” the coach said of her former teammates and core of the team. “But I had to make sure those experienced players were still learning at practice. A lot of them did more traveling [with MICR and USA South all-stars] than I did, and I had to keep practices fun and new for everyone.

Walker was grateful to twin sisters Selena and Serena Jones and Niya Bailey, who stepped up in a big way. They communicated concerns, feedback on drills, and goals in a positive way, and then led by example. 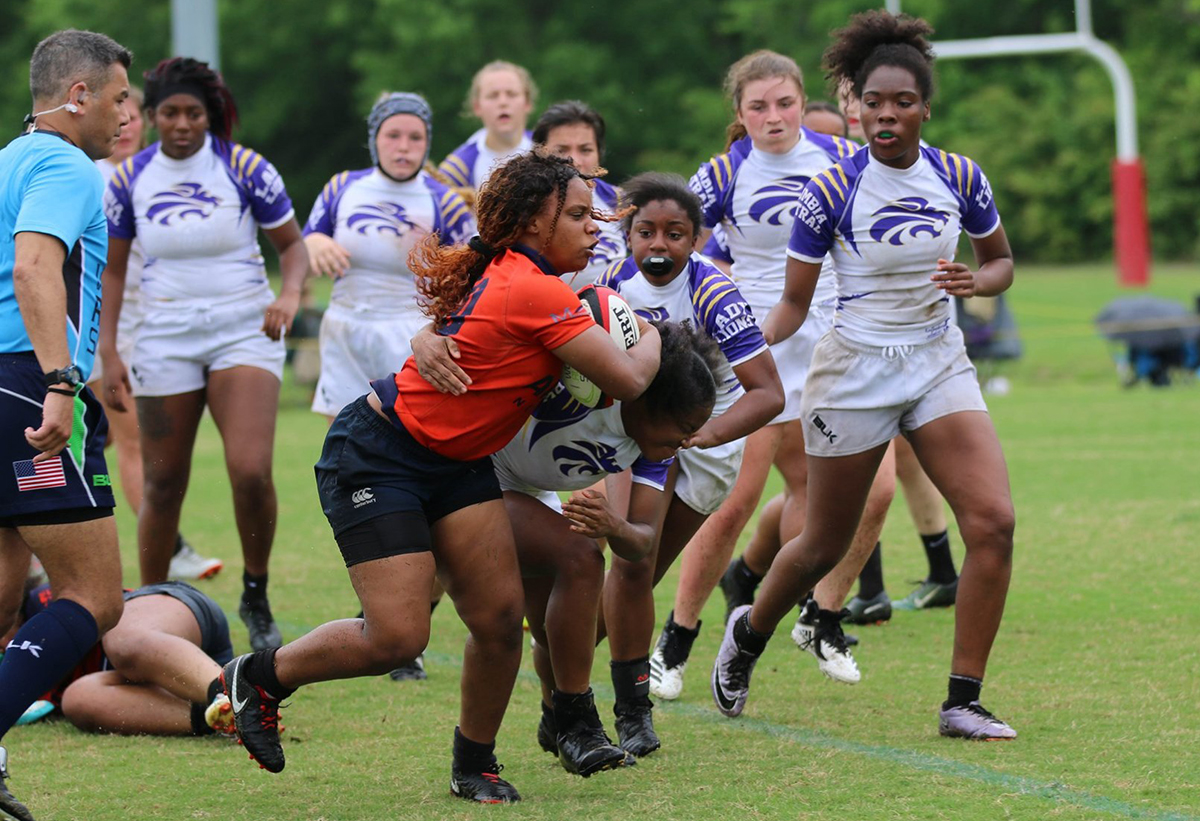 “It was easier because my old girls also helped with that process,” Walker said. “It was a great transition with everyone helping and everyone blending.”

The Western Tennessee conference includes two other teams – Soulsville and Germantown – and the league plays a home-and-away schedule. The first round of matches were competitive and then Freedom Prep really started to build momentum in advance of the conference championship (April 27).

“Teyonce Harris just started playing rugby this year,” Walker said of breakout performances. “When she first started she was very quiet and didn’t say anything, but she listened and got everything done. I told her, ‘You’ve got to speak up and get involved; no one hears you.’ Over time she progressed, communicated more, tackled more, and did really well.” 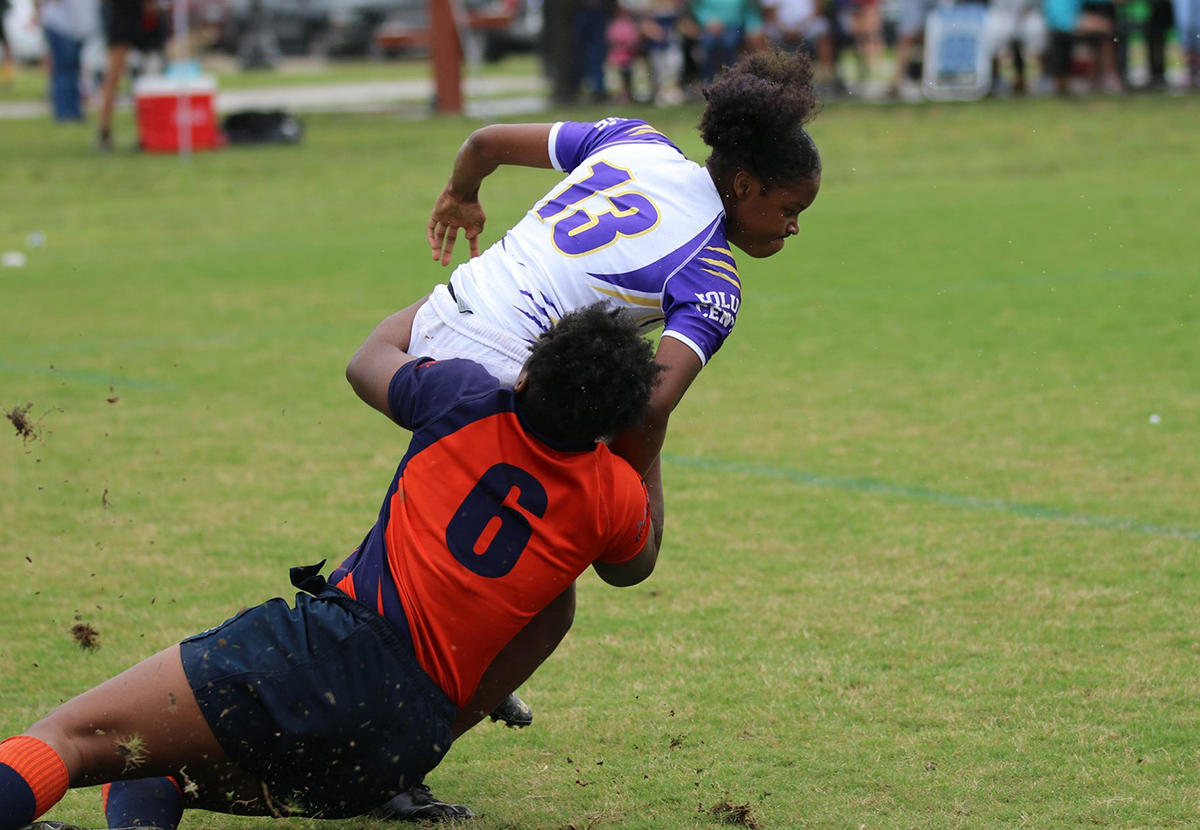 Freedom Prep went undefeated through the Western Conference championship and advanced to the state semifinals against McMinn Tribe for another post-season win. That set up a rematch of the 2018 state 15s final with Columbia Central.

“They have to be able to take contact because Columbia Central is very tough. They hit hard and tackle well,” Walker said in preparation of the final. “We had to be dedicated to the tackle and the technique. In general, everything had to be precise.”

Despite the stakes – and the fact that the final was the day after prom – there were no nerves on game day, according to Walker, and the team was just ready to go. 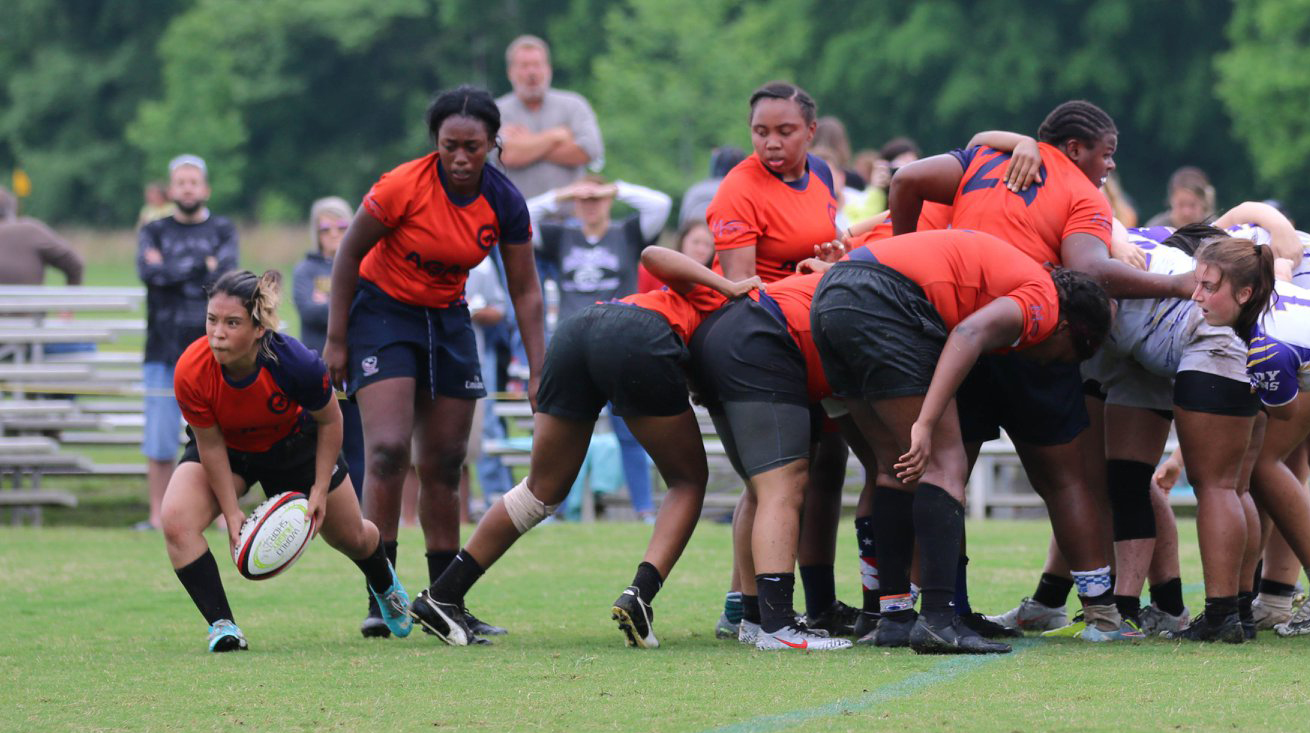 “The beginning of the game, they came out hard – they always come out hard,” Walker said of Columbia Central. “But we came out harder. Throughout the game everyone worked together to fix errors on the field, and everyone just talked to each other.”

Jamie Logan put in a memorable performance and earned big praise from coach. 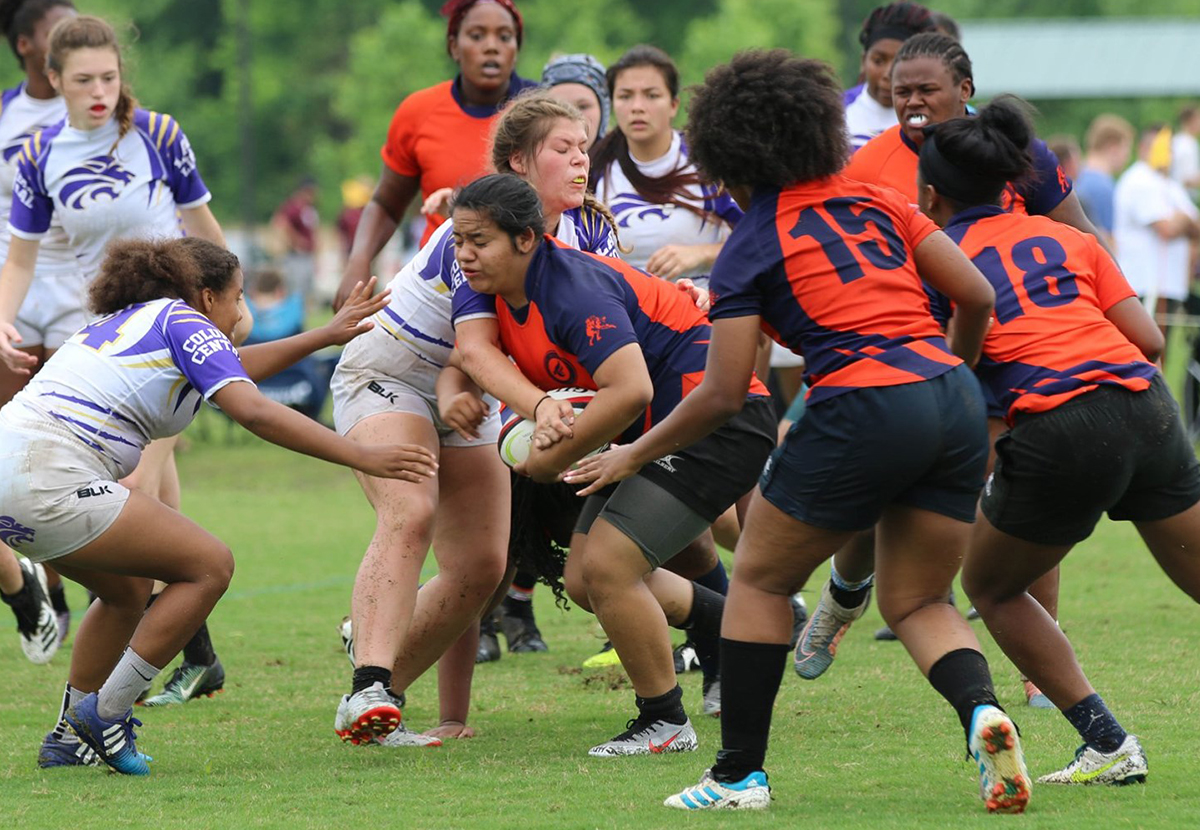 Among the graduating seniors, Shaniah Jones extended a year of incredible achievements with a selection to the USA Rugby Girls’ High School All-American (GHSAA) team that competed in NextGen 7s tournament in Canada.

Two state titles in the same season and with a first-year head coach, players heading off to college and NCAA varsity rugby programs, more still heading into the national and all-star ranks with summer – things are looking good for Freedom Prep Academy.