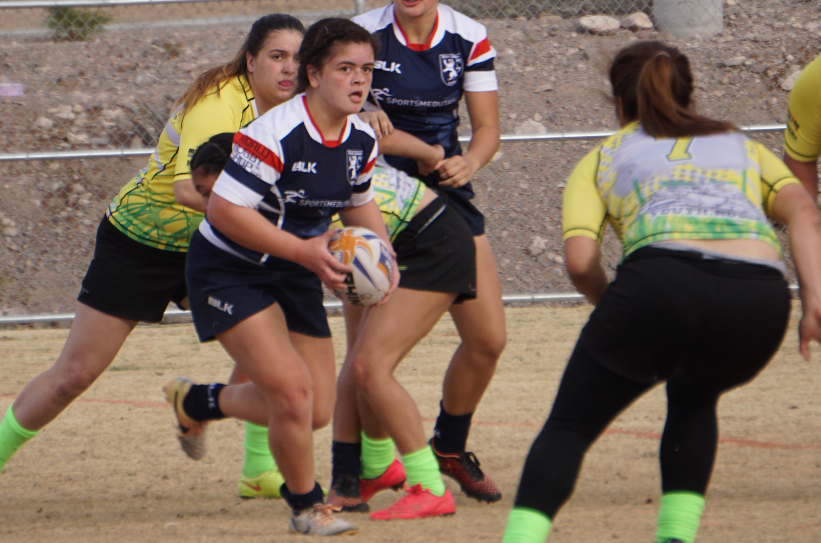 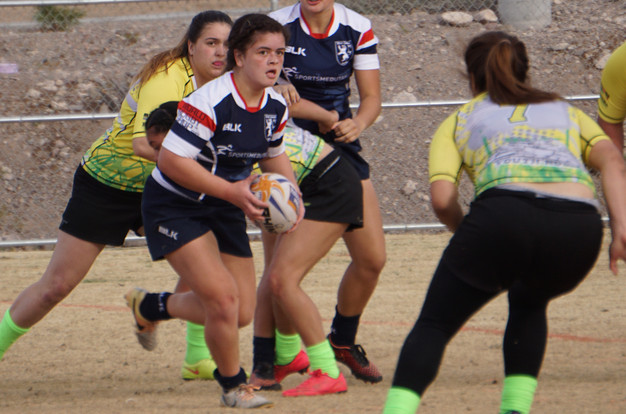 The Utah Lions were sharp against Rhino Rugby Academy.

There’s one more round to play in the Girls U18 Elite Division at the LVI tomorrow, and it will determine which four teams are still in the running for the Cup championship.

There are two pools of five and the final pool play round will be contested Friday morning. Only the Utah Lions Rugby Academy (3-1) and Atlantis (2-2) have completed their pool games and get a bye through the final round. The Lions have clinched a berth to the semifinals, but could take the second seed out of the pool if Atavus (2-0-1) beats Rhino Rugby Academy 1 (1-2).

That all-star vs. academy match-up is the one to watch tomorrow morning. Atavus has the biggest point differential in its pool and really spreads the ball around. Michel Navarro is nasty in contact, turning over heaps of ball. Alaina Valenciano was a tackle machine and drove through ballcarriers’ midsections. Captain Mata Hingano was so confident with ball in hand, working that two-on-one down the sideline with such precision.

Rhino Rugby Academy’s top side has a lot of good talent, but struggled to string it all together. Daisy Manoa, Mele Tausinga and Eti Haungatau were all monsters on defense, but the team couldn’t react quickly enough to top sides like Utah Lions. Kat Stowers and Charity Tenney work so well together and have great field vision. The whole team works like a professional outfit.

In the other pool, the British Columbia (3-0) Elite have to beat Rhino Rugby Academy 2 (1-2) to advance to the Cup semifinals, and the second seed is up for grabs. If the Minnesota Tundra (2-1) beat the Utah Cannibals (0-3), then the all-star team will overtake Atlantis in the standings. Atlantis had a decent showing until its fourth game on a desperately hot day. Delia Hellander led as expected and Brianna Vasquez ran on a tilt.

Here’s how the field is shaping up:

Rhino Rugby Academy 2 vs. BC Elite

Standings as of Friday


ATAVUS, BC Elite Into HS Final