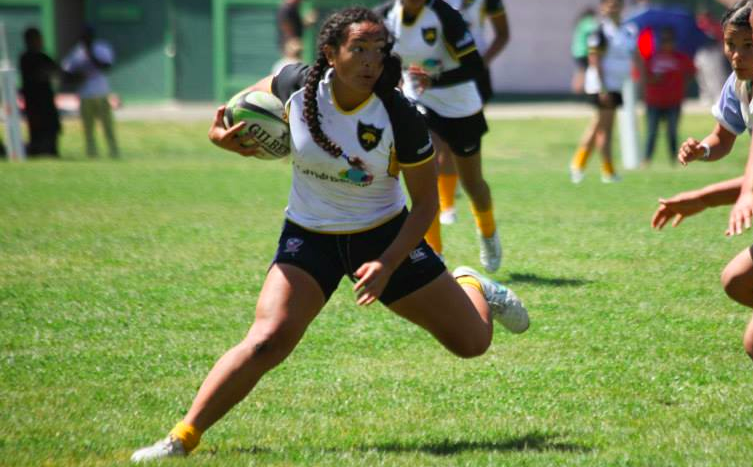 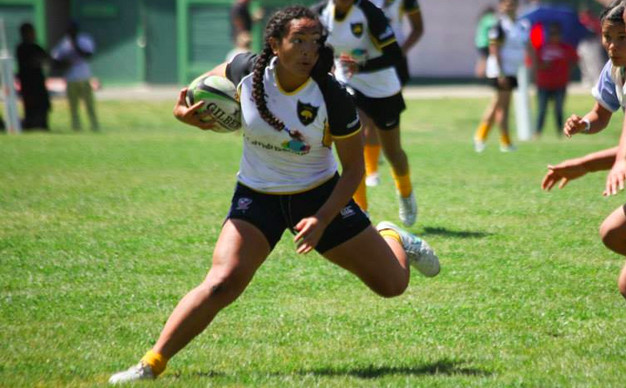 Danville’s roster is 50% percent larger than it was in 2015, and nearly half of the NorCal team is new to rugby. That surge is a combination of progressively better performances at the national championships and club-sponsored scholarships. More talent is joining the already dense class of college-courted seniors, and while that bodes well for the future, there is some work to be done in fusing these disparate ranks.

“We’re really committed to making sure that anyone who wants to play rugby isn’t limited by finances,” Danville assistant coach Bob Stephen said. “We provide scholarships, and the players have to volunteer hours to make it up, whether that’s field set-up, concessions, touch judging. More than half of this team is on scholarship, but that means individuals from financially challenged families have the opportunity to play on a national scene.”

That opportunity has trickled down into the middle schools, and Danville has 17 playing on its B side. They join a crop of newcomers who are working alongside elite veterans like All American Mata Hingano, Daisy Manoa and a host of multi-year forwards driving the success of this year’s team.

Some of that singularity played out against Bishop O’Dowd, which came out hungry and ready to fight at the breakdown. The game went to Danville 38-14, but the Dragons reiterated the fact that teams are elevating their games to meet the Oaks. Danville struggled with tunnel vision, as new players crashed into contact instead of connecting with players in space. Developing that awareness is an ongoing focal point for the coaching staff.

“We were also working on the mental side of the game against Bishop O’Dowd, and that flustered the girls a bit,” Stephen explained. “They’re used to playing intuitively, but we’re trying to teach them to play smart. Sometimes if you’re engaging your brain like that, it breaks up your flow and you’re not playing naturally.”

Fortunately, Danville has excellent leaders to drive that next level of play. The forwards are stacked with veterans who have been playing alongside each other for years: Caroline Lomu, Aohili Latu, Catlina Holani, Sarah Jones, Dominique Tafao-Braganza, and Diana Manoa, to name a few. They’re good in the scrum, good in the lineouts, and leading the charge this year.

The backs have some building to do, and Danville has adjusted its game to account for that fact. Hingano and Daisy Manoa are still at the center of the back attack and continue to refine their games at the national age-grade level. Second-year Whitney Zuniga has transitioned from wing to scrumhalf and put her intelligence and aggression to good use. Olivia Duba moved to fullback and has become very comfortable underneath the ball. She has good field vision and continues to return kicks for ample yardage. Young winger Riley Parker has figured out how to time her burst on the sideline and is consistently making 10-15 meters every carry. Siale Alatini is a strong contributor at outside center and has been working on her game for the past three years.

Danville took on Pleasanton five days after Bishop O’Dowd. A tense, back-and-forth match evolved, and while the Lady Oaks led the for the majority of the game, the Cavaliers surged in the second half for a two-point lead. The deficit was enough to snap Danville into action, and two more tries secured the 34-24 win.

“Pleasanton is a nationally ranked team, and it was a phenomenal match,” Stephen said. “The Cavaliers have a good kicking game and they’re a good rucking team. We definitely stepped it up against each other.

“The fact that we won against Pleasanton was a good mark that we can do well,” the coach looked toward playoffs. “Sacramento, they’re a force to be reckoned with. We want to finish first in NorCal like we did last year, but if we finish second to them, that would not surprise us. Our main goal is to finish first at nationals, and we’ve been working toward that for the past few years. We’ve got to get past a couple of teams, like Fallbrook, the five-time reigning national champion, and we talk about them a lot.”

Nationals fits into Danville’s overall vision of getting its players into college. This year’s High School Club National Championship is being held at Central Washington University, which has already signed former Lady Oaks to its DI varsity program. Lindenwood, AIC, Brown and more are in talks with current players, and nationals will certainly shine light on the up-and-comers.

Next up for Danville is Alameda, and then Sacramento awaits on March 19. The NorCal high school semifinals occur on April 9, and the championship will be held April 16.


Lindenwood a Fave at LVI 7s