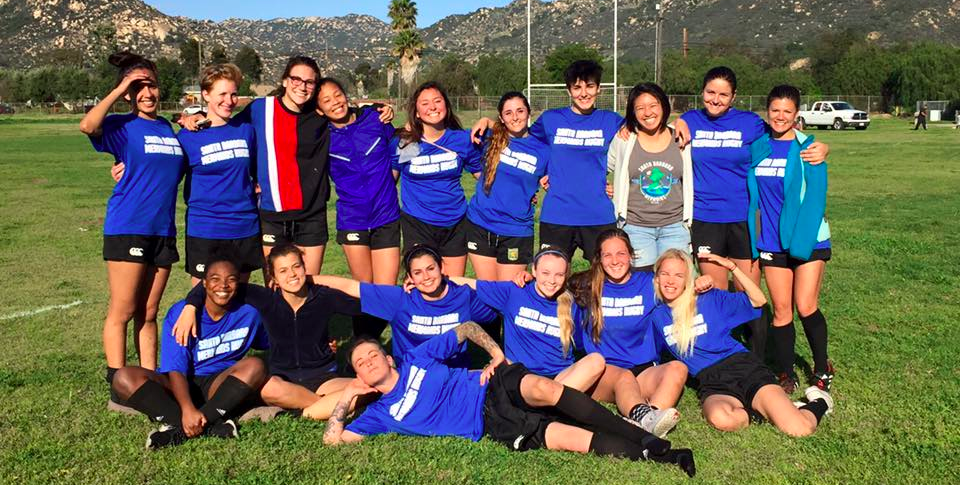 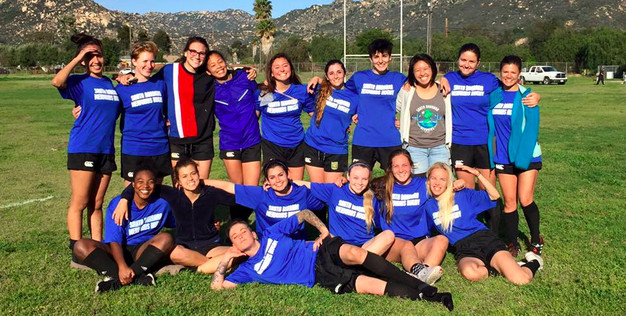 For many women, college rugby holds a special place in her development as a human being. It encapsulates a time when like-minded athletes discovered a wholly inclusive sport that values off-field behavior as much as on-field success. Crystal Ho started that journey a decade ago while attending UC San Diego and reignited that opportunity for a group of women in Santa Barbara, where senior club rugby had remained dormant for 38 years.

Approximately five years ago, a group of UC Santa Barbara graduates attempted to revive the Santa Barbara Mermaids during the summer 7s season, but the effort didn’t translate to 15s. Two years ago, former UCSB coach Kevin Battle asked Ho, who was refereeing in the central coast region, whether she was interested in heading the effort.

“I didn’t even know where to begin,” Ho confessed. “But I have been very involved with the American Cancer Society for the bulk of my life, so I know how to form a non-profit. Recruitment, sponsorship, fundraising – it’s my forte. And I’m pretty good at bringing people together, which I didn’t even know about myself.”

Ho was working the night shift as a Clinical Laboratory Scientist at Cottage Hospital, and despite the conflicting work schedule, started hosting practices in January 2014. Unfortunately, that season lost steam when two high schoolers suffered concussions unrelated to rugby. Ho switched jobs (she helped start a fertility clinic and is now with the Santa Barbara County Public Health Department) and had more flexibility in 2015.

“By that time, I was dedicating all of my time to building this team,” Ho said. “Nobody got time for cooking or boyfriends or anything. I just dove right in.”

Posting flyers in women’s bathrooms, talking up every athletic-looking woman during errands, approaching non-rugby women at socials – the familiar sound of perpetual recruitment. By August 2015, the group of four grew to a consistent 10-15 at trainings. Ho was serving as player/coach, president, fundraiser, match secretary – everything – but the program was moving toward independence.

Santa Barbara was ready to enter the DII SoCal league for the 2015-16 season, boasting just enough players for a starting 15 with a sub or two. The younger, smaller-skewing team had four players with prior rugby experience, and that steep learning curve brought some lopsided scores. But the team remained positive and requested doubling its practice frequency.

Winless into week 5, Santa Barbara lined up against first-year team Temecula. Ho had met player/coach Sonia Dopp during the pre-season coaches meeting, and they bonded over mutual well wishes.

“Everyone had good vibes at the team dinner,” Ho said of the Friday ritual preceding last weekend’s game against Temecula. “Everyone was super pumped – as they were before every game, but this one we had a fighting chance at winning. We’d had four games and everyone had been practicing for more than two months, so it was clicking for everyone. It was a marker because everyone felt really confident in her position and knew where to go and do – the basics.”

There were some concerns heading to Temecula, as the scrumhalf position was vacant. Ho, the regular No. 9, was injured and the back-up was unavailable. Ho informed veteran lock Jessie Vazquez that she’d be taking over scrumhalf for the day. “Communication” became the theme for Saturday’s match.

“We just wanted to play simple, good rugby: Set up our forward pack for a couple of plays and then dish it out to the backs. Nothing fancy,” Ho said. “We started off with a couple of good tackles, and our defensive line was really strong, but we didn’t push out as much – a weakness that was exacerbated and progressed as the game went on. But everyone was so ball-hungry and aggressive. We intercepted a couple of passes, had solid rucks against a bigger Temecula pack, and just capitalized on our speed.”

Inside center Onu Wami scored the first try and continued to inspire with her hard-running lines. She went on to score a hat trick. After each score, the team met in the try zone and discussed areas of improvement. By game’s end, the squad was cleaning and clearing its rucks, powering through tackles and popping the ball out of contact, and playing quick ball. Flyhalf Melanie Miela diversified the attack with a much improved kicking game and slotted four conversions. By game’s end, Wami (3), Vazquez, lock Makenna Jansen, No. 8 Elise Bonfiglio and prop Molly Yoon scored tries in the 43-15 win.

“For us, the score doesn’t really matter,” Ho said. “It’s a win for everybody: women’s rugby, the community, Temecula, us. We were both able to join DII, retain that many bodies to have a game like we did, and create this sustaining family. It’s so rewarding that we were able to bring these people together.”

Ho reiterates that her purpose is to expose teammates to the roundness of rugby, how it fosters more confident, satisfied women when embraced fully. It’s little wonder then that this watershed moment of the team’s first win wasn’t marked by a change in attitude.

“The whole game was so cordial,” Ho said. “Everyone just wanted to play rugby and learn. It was a great atmosphere. Everyone’s happy and proud, but surprisingly, there’s no change. When we lost every other game, we always came back more enthusiastic. ‘Saturday is a rugby day.’

“My life goal is to empower women and have them feel comfortable,” Ho added. “To be in a safe place with family that is accepting and loves her exactly the way she is inside and out. You can have it all: You can be intelligent, strong and independent in anything you want. Take pride in your idiosyncrasies and know that others will adore you for that.”

Player of the Week: Kayla Canett