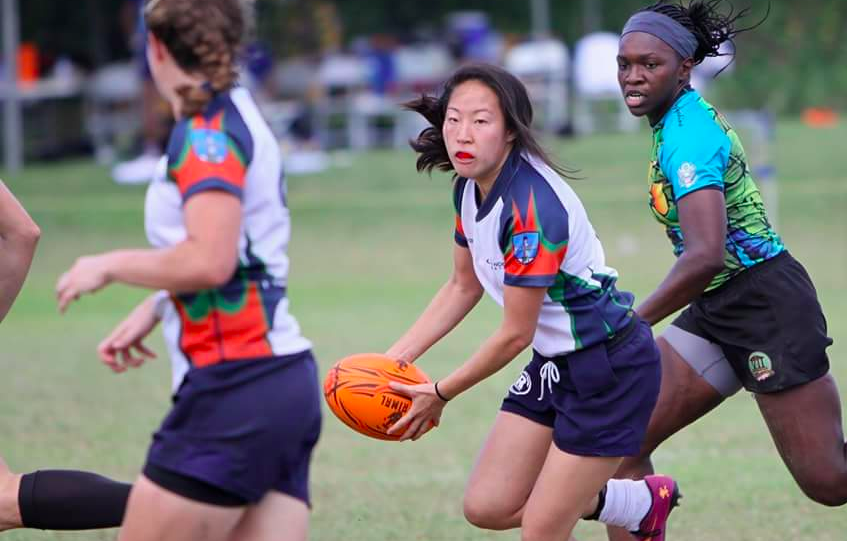 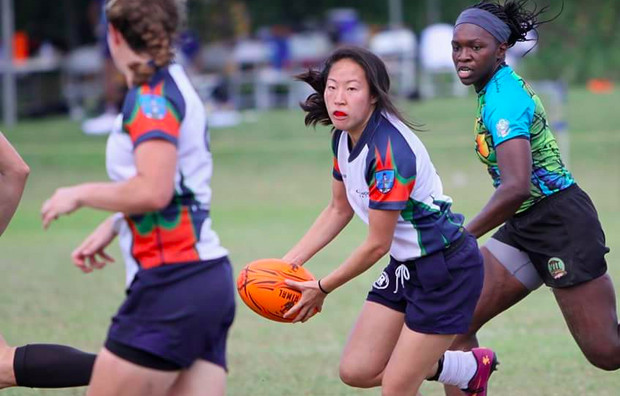 The Northeast Academy’s women’s side will wrap up its inaugural year in the Las Vegas Invitational’s Women’s Elite division. The competition this year is jam-packed with talent as all-star select sides from eight different countries flood the field. Current and former Eagles highlight rosters on nearly every team. True to their commitment as a regionally focused National Development Academy, Northeast Academy is coming into the event with strictly home-based northeast talent. Does this make the designated pathway organization an underdog in the field? It could certainly be argued, but a deeper look at the squad reveals some serious names advancing in the pathway system.

With five members of the Northeast squad still in college, or less than a year removed from it, the team is also numbered with outstanding veteran leadership in key roles. Two of the youngest members of the squad, Kat Ramage and Tess Feury, are well known names in the USA pathway system, having represented the Junior All-Americans last year and the College All-Americans at the start of 2016. They, along with Sarah Buonopane, a recent graduate of Stonehill College, were named to the Women’s Eagles player pool for 2016 just last month. Boston University’s Paige Stathopoulos and Deanna Nash, a 2015 graduate of the same Boston Terriers women’s rugby club, round out the youngest grouping of Northeast Academy players at the tournament this year.

A lot has been said about Ramage and Feury in recent months and deservedly so. Products of the NJ Blaze youth rugby program, they both have a knack for timing and choose their spots for daring very well. That sort of nuanced effectiveness is a direct product of their learning to balance composure with courage.

“Composure” is a concept that Northeast Academy Women’s Director John McGeachy loves to use when talking about elite rugby fundamentals.

“You don’t necessarily have to do anything fancy, but you must execute,” he said.

Non-negotiable skills like passing, tackling, situational awareness and maintaining defensive shape are at the core of the academy’s developmental message to its players.

“At this level, a single mistake can cost you dearly. So we focus on consistent execution,” McGeachy explained.

Consistency is, of course, proven over time and learned through experience at multiple high-standard events. The 2016 LVI will mark the fourth such tournament for the Northeast Academy women. Its nucleus includes the veteran leadership of Rosalie MacGowan and former USA U-20 player Miranda Wakimoto. Both enigmatic playmakers, MacGowan and Wakimoto provide linkage and scoring opportunities for the group’s flyers, who have produced some thrilling phases of play in their handful of tournaments to date. In addition to being at their crafty best on the field, the squad will look to them to provide level-headed leadership, as they face what is sure to seem an intimidating list of opponents. McGeachy and his coaching counterpart Tom Feury will look to remind the up-and-coming squad that they do in fact belong with the big names already introduced.

“At this point, less than 12 months after selecting the initial 30 players, 14 [Northeast women] have moved on to be tested at the National All-Star competitions in Colorado and Florida.”

Buonopane especially (along with Francesca Sands who is unavailable for the LVI due to injury) has taken her opportunities through the Northeast Academy to the next level. An absolute firecracker of a defender and work-rate superstar, the diminutive, but powerful Sarah B. is truly one to keep an eye on in Vegas and beyond. She and Morgan Roberts of Boston Women’s RFC provide the sort of no nonsense “lead by example” grittiness every team needs in the tight areas.

Other players to watch for are twin NYRC flyers Tiana Stroughter and Lisa Roselin. Both have gas to burn and both moved east from the California bay area in 2015. Having picked up rugby originally in Samoa as a teen, Stroughter made the move shortly after the LVI last year, where she was a part of the San Francisco Golden Gate women’s club. Her raw speed, in combination with deep experience as a 15s scrumhalf and wing, makes her more than just the tryline homing beacon she often seems to be.

Roselin is a former college sprinter who, with a little bit of space, can hit a homerun from very long distances. Her metamorphosis into a complete rugby player has come with a willingness to do the work at breakdowns that is often reserved for more pack-minded players.

Looking back over the inaugural year, and plotting for the adventures of 2016, Feury stated, “The dawn of the Northeast Academy women’s team has provided coaching and playing opportunities for players looking to stretch themselves.”

Reaching yet another level in that stretch is exactly what the squad’s two tour debutants, Tara Harten and Sophia Peduzzi, will be working to do along with its veterans.

“It would be easy to go into this tournament feeling intimidated,” continued McGeachy. “If we look at those national teams and big name select sides as just another elite team like ourselves, which they are, we should be able to do well.”

The keys for the Academy will be in executing the ever-present messages of composure and timely defensive pressure.

“We wouldn’t bring them if they weren’t ready. We just need to start the tournament with the same confidence we have found at the end of tournaments throughout our first year.”