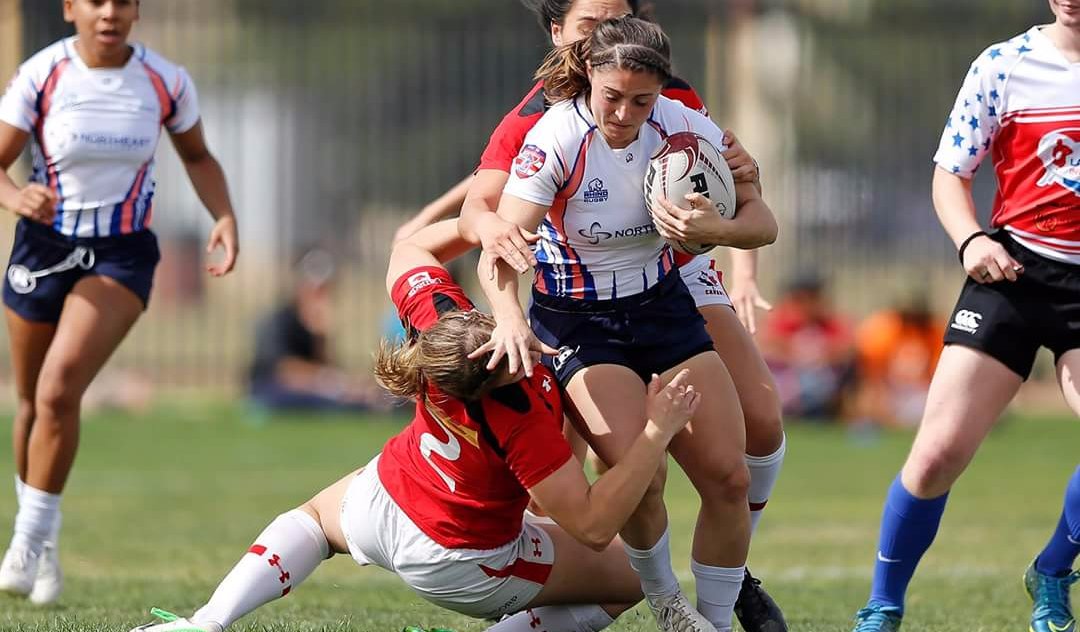 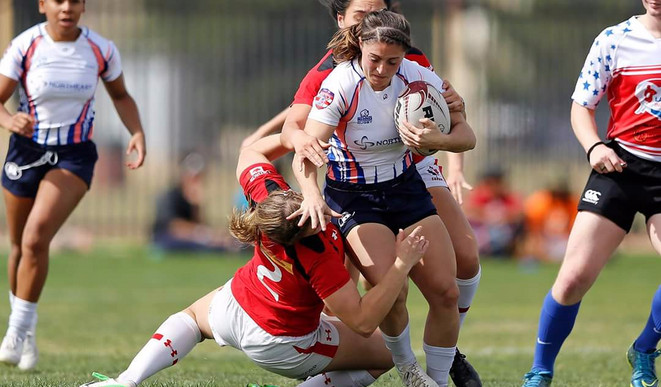 New York, NY – The Northeast Academy is ringing in some changes with its Atlanta 7s roster. Four athletes will be making their first appearances in the Academy kit, while two others are having a second crack at the top lineup. With some familiar foes looming in pool play, the Atlanta 7s Festival will be an important proving ground for the Northeast Academy women’s side. Nearly half of the squad changed from its LVI roster, this Academy squad will have a more forwards-minded look about it.

exciting senior club players who have been waiting for their opportunities with the Academy. Van Eerde was a part of the Academy’s Elite City roster in August, but hasn’t gained selection in its top side again until now. After a strong fall 15s season at inside center for Boston, she will be looking to show off some of her craftiness, while also shouldering the load as a 7s Prop. This will be Peduzzi’s second consecutive tournament run with the Academy.

“Sophia gained some good experience in Vegas. … I am looking forward to seeing if she can step forward from that start,” said Academy Women’s Coach, Tom Feury.

Stingley, like her Beantown counterpart Sarah Buonopane, is known for being a defensive workhorse in the northeast. She has been chomping at the bit to earn tournament time with the Academy women and that work ethic is paying off with her opportunity at Atlanta.

Other notable debutantes for the Academy will include Melanie Marotta of NJ Blaze/Marist College and Amy Verdonik from Old Blue/University of Scranton. Two of the team’s three college athletes, they will be sure to draw the eye of coach Feury at the event, as he and the Academy staff continue to look for the next generation of talent to expose to elite women’s rugby. Paige Stathopoulos of Boston/Boston University is the other college-age player on the roster. She is proving herself a vital member of the team late in its first year after having made the roster to all of the last four tournament events.

Along with Stathopoulos, the Academy’s primary players from the LVI and other events will be called on to make the dynamic plays. Buonopane especially has been turning heads with rock solid stops an bouldering dashes. A bonafide product of Stonehill College, she may be considered little in size, but Buonopane’s work rate and physicality set a standard few can match. The Academy will be hoping that intensity, clarity and execution translates and inspires the rest of its players as they look to improve on their single-win finish at the LVI.