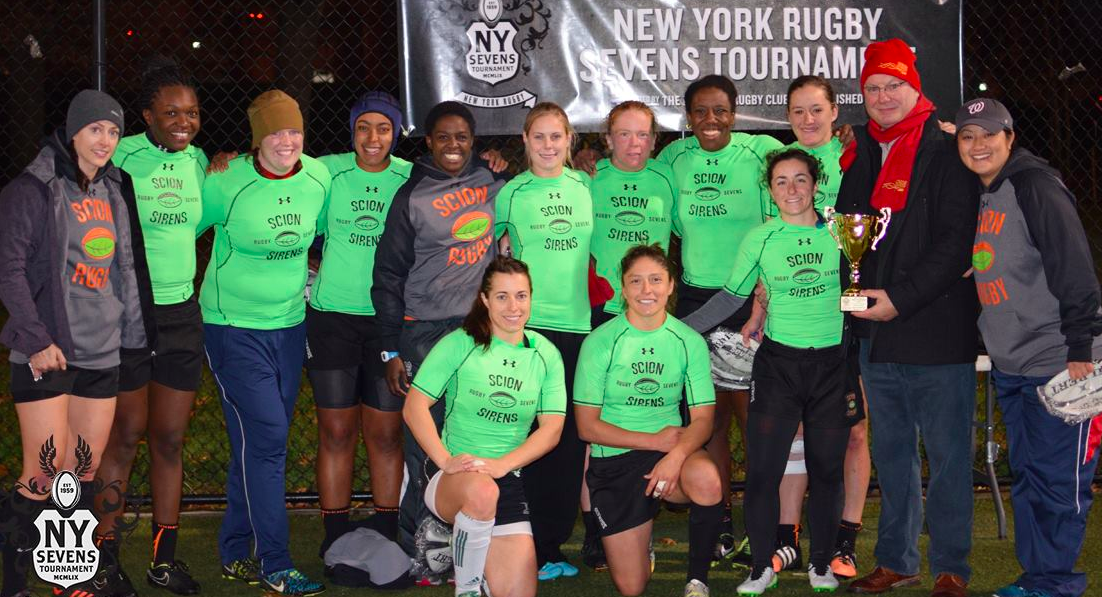 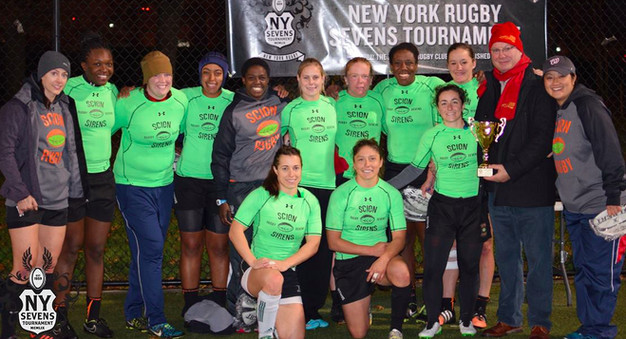 Scion is no stranger to the 7s scene. The D.C.-based team has competed at the LVI, club 7s nationals, Tobago 7s, among other events. But this year’s appearance in the Las Vegas 7s elite division is special, as Scion will compete as a National Development Academy (NDA), a designation earned in January 2016.

The Scion Rugby Academy is the only NDA that focuses solely on the development and growth of female rugby players.

“That is not to say we will never expand to include men,” Scion Rugby Academy founder Joanne Lui clarified. “There has been huge and continued growth of rugby in the U.S. in recent years, however, the skill development, position-specific training, and high-level playing opportunities for women are still lacking. By specifically focusing on the women’s game, we hope to provide opportunities for our athletes to train, develop technical skills, and most importantly, play, play and play!”

Members can expect the NDA treatment: on-field training sessions, strength and conditioning, nutrition, mental skills and individualized position-specific training support. The academy accommodates part-time athletes, but the ideal scenario would see full-time members immerse themselves in the program. Scion offers services to aid in the relocation process, if needed.

“We are providing job search and support, financial management guidance and other resources geared toward teaching our athletes to not only train their bodies daily but also set their lives up for sustainability and success as they continue to pursue their rugby dreams,” Lui explained.

Scion is bringing 24 players to Las Vegas, and coaches Lui and Toshi Palamo will divide them into Elite and Open squads after training sessions next week. The group is anchored in the academy’s initial athletes – Eagles Stacey Bridges, Sam Pankey and Kimber Rozier – and they’re joined by fellow capped players Lauren Rhode, Jacie Vonada and Alycia Washington. Hannah Lockwood and Liz Trujillo are also in the Eagle 15s pool, which was announced earlier this month.

The group reaches down into the college ranks, and also sees players from the Capital All-Stars, Women’s Premier League and OTC 7s practice squad in the mix.

Scion will bring many of these players to the Atlanta 7s Festival in April, and then focus will turn to the Mid-Atlantic Conference summer 7s series, followed by the club 7s national championship.

“Next fall will shift to a 15s focus, as we intend to put together a Scion Rugby Academy 15s team to play friendly competitive matches against Canadian and top-level U.S. teams,” Lui added. “But it should not prevent athletes from competing with their respective home clubs as well.”