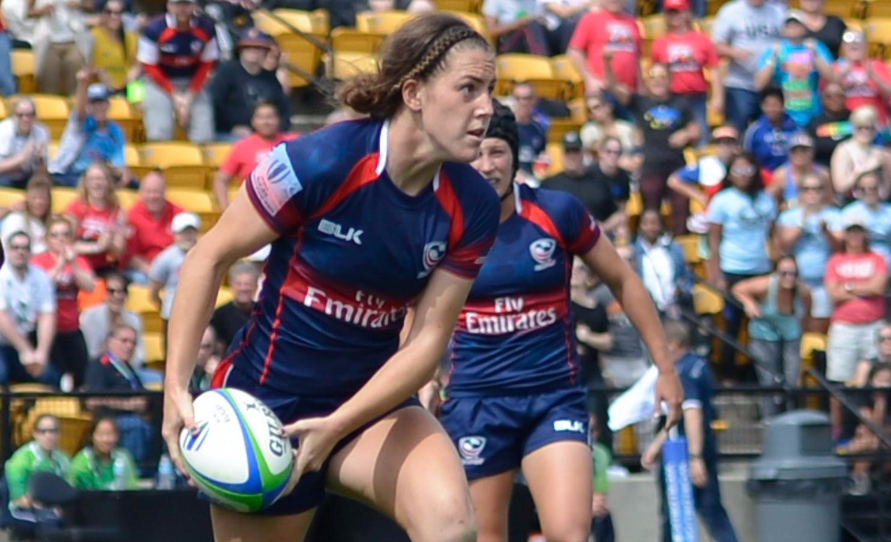 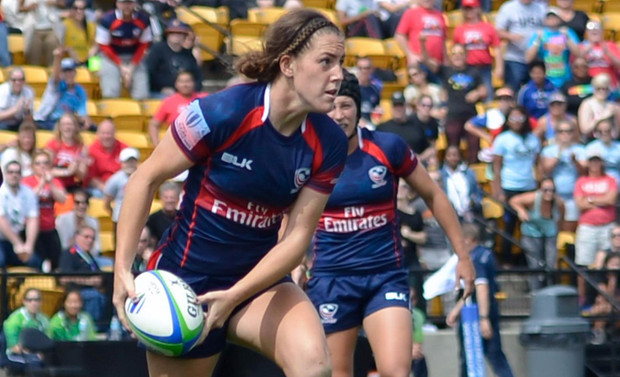 New Zealand was in top form against the USA Women 7s team, beginning its Sao Paulo 7s campaign with a 35-5 win. Like the Eagles, the Black Ferns are looking to improve their rank in the standings after a disappointing 5th place finish in Dubai, the first stop on the HSBC Women’s Sevens Series.

Portia Woodman got under Tyla Nathan-Wong’s perfectly placed kickoff to place New Zealand in advantageous territory. After a couple of phases, Gayle Broughton scooted around the unguarded side of the ruck for an unopposed 10-meter run beneath the posts. Nathan-Wong added the first of her five conversions for the early 7-0 lead.

The USA took the restart cleanly and worked a couple of phases into New Zealand’s end, but then an errant pass from Ryan Carlyle skirted into touch for a change of possession. The Kiwis worked into the USA’s half, and once in strking distance, Kelly Brazier switched with Kayla McCalister, who burst through the line untouched. The try marked McCalister’s 67th in three years, 14-0.

Again the USA attempted to build with ball in hand, and Kristin Thomas tested her opposite on the sideline, but was pushed into touch. It was another opportunity for New Zealand and it ended in another seven points. As the Black Ferns pulled nearer to the try line, a two-on-one awaited for Alev Kelter on the sideline. The scrumhalf took her chances, raced off the line for a timed tackle, but fantastic quick hands from Broughton got the pass off. McCalister took the ball from the sideline 10 meters for the try, 21-0 into the half.

The USA needed a boost and got it when we Megan Bonny intercepted a Michaela Blyde pass on the sideline. As the defense swarmed, Jill Potter came bursting on for a flat pass and outraced her pursuer for a dive-over try, 21-5.

But hopes for a comeback were soon dampened. Thomas nearly pushed Blyde into touch after a break, and as the USA defense pressured for a turnover, Ruby Tui saved the possession with a quick tap pass back infield. The ball worked to the opposite sideline, where a few players worked in tight and eventually put Huriana Manuel down the touchline unopposed. Nathan-Wong made a fantastic sideline conversion for the 28-5 lead.

The final score showcased some of the individual skill that elevates New Zealand above the competition. After a Hunter Griendling penalty for not releasing, Kelly Brazier took off for the try line and side-stepped several American defenders. The game was certainly out of reach for the Americans, who had played a lot of defense for 14 minutes, but the Black Ferns veteran looked crisp and nimble in the solo score.

The game was a simple case of making opportunities count, and with so much possession, New Zealand was able to get comfortable in its offense and start its Sao Paulo tournament with a round win. The USA will look to rebound against Russia (12:12 a.m. EST), which lost to Spain 19-12 at the buzzer.

Dense Month Ahead for 7s Eagles