Player of the Week: Alev Kelter 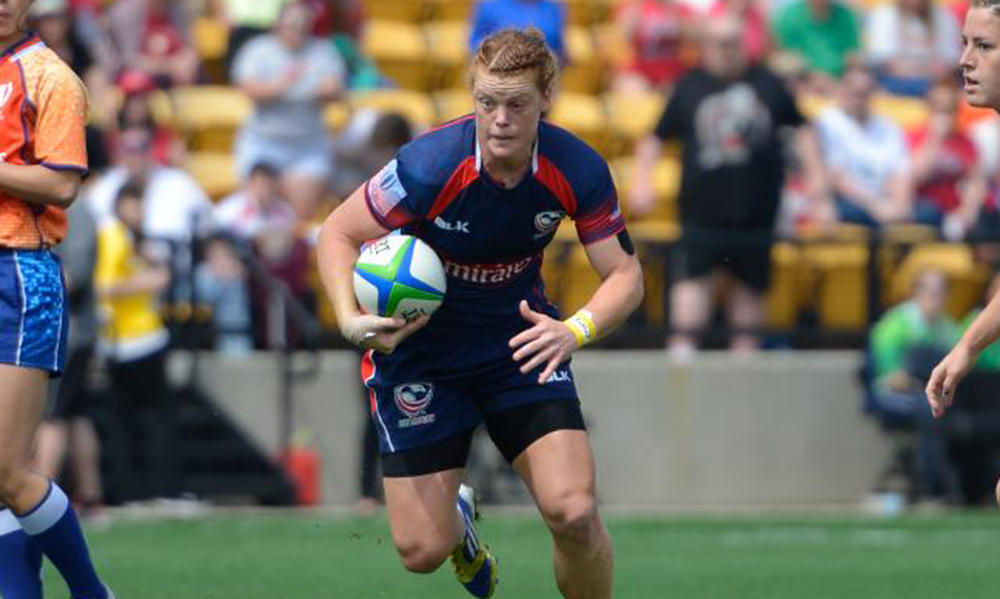 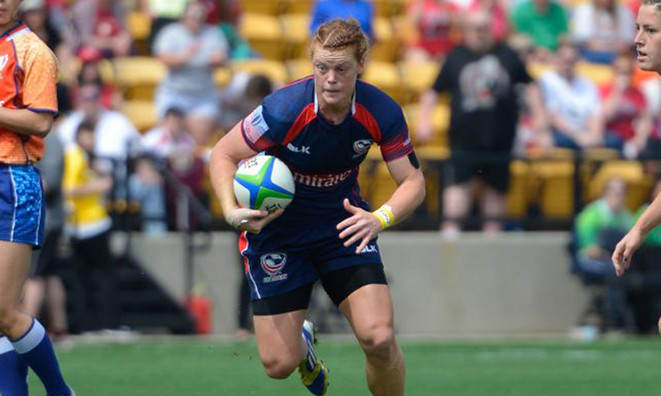 Last weekend was highly charged, as the USA Women’s 7s team served as host to the HSBC Women’s Sevens Series in Atlanta. There’s never more pressure to win than at home, and to boot, the tournament marked Richie Walker’s first as Eagle 7s head coach. The populace was eager to see what effect his leadership had on the squad, and more importantly, wanted to cheer on a good performance.

With the varying pressures circulating through Fifth Third Bank Stadium, Alev Kelter, our Player of the Week provided stability and inspiration that aided the Eagles’ 5-1 record and Plate trophy.

Kelter is a tone-setter, and her influence begins at the kickoffs. Solid and balanced, she’s the perfect receiver for those 10-meter restarts. She gathers the ball calmly, can shove off the on-rushing defense while at a standstill, and always produces a thumping run. Recall the games against Spain and Fiji, when her defense-sucking returns set up wide-open tries for Lauren Doyle and Megan Bonny.

That strength in contact is useful inside the opposition’s 10 meter, and Kelter is nearly unstoppable when there’s little room between her and the try line. She took a penalty play through Fijians for a try, and scored the Plate final’s opener by setting up on the wing and slicing through.

While strength certainly marks Kelter’s play, she can score a long-range try if need be. Against New Zealand, the U.S. was pinned deep in its end, and flyhalf Bui Baravilala looked to run the Eagles out of danger. She drew two defenders and sent a lovely wrap-around pass to Kelter in space. The scrumhalf took off for 80 meters, scoring a try in the 12-5 win.

Kelter ticks all of the attributes one wants in a leader: She runs good support, has the vision to set up her teammates, and also injects some excitement onto the pitch. The U.S. needs to produce this fear factor – to have its opposition gulp with apprehension when the Eagles are moving forward with ball in hand. One feels that with Kelter.

Obviously, the Eagles’ fine performance in Atlanta wasn’t the product of one person, but Kelter was very influential and World Rugby agreed by naming the scrumhalf to the all-tournament team. Next up is Vancouver 7s this weekend, and here’s hoping that the Eagles follow with another good performance.

Missed the Eagles in Atlanta? Read more about the U.S.’s run to the Plate trophy.