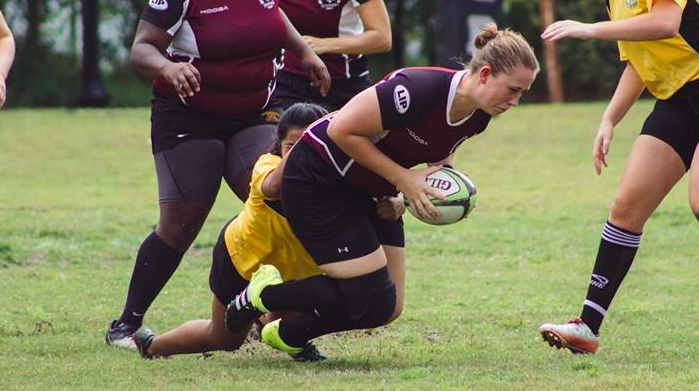 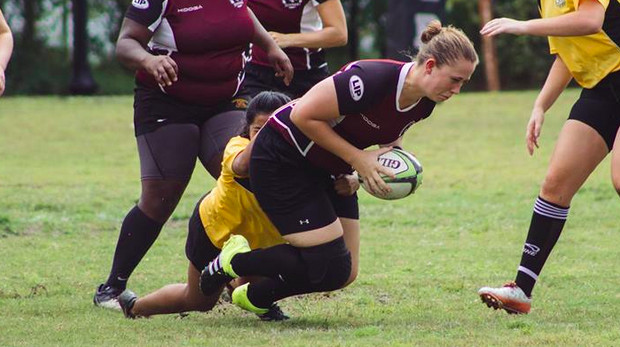 We reported on Ft. Miami’s near-loss last weekend and the second-half turn-around that enabled a 22-21 win. But the bigger story occurred on the losing side of the ball. Jacksonville, a middle-of-the-pack team in Florida, took the game to Ft. Miami, forced the league leader to adjust its game strategy, and consequently produced the Player of the Week.

Jacksonville’s existed for 10 years now and has competed at South championships in the past, back when two teams from the region advanced to playoffs. There aren’t any college or youth feeders to speak of, however, women’s sports – tackle football, roller derby – is a constant presence in the area. The coastal city also benefits from a big Navy presence, but routine deployments see players leave for months at a time.

So recruitment is big, and it provided a gem in Georgina Kerr. The 24-year-old is English and familiar with the sport, but had never played. She got involved when she moved to Jacksonville, and the big, strong athlete slid into the tight five nicely. She started sorting out the intricacies of set pieces and breakdowns during the fall (which included a 10-5 friendly loss to Ft. Miami) and picked up some good lessons about aggressive defense during a league-opening loss to Orlando.

“Georgina is a hard worker. She was a constant presence in the rucks and made some great try-saving tackles,” the scrumhalf praised. “If she wasn’t in the ruck, then she was ready to take the ball or support her teammates. She’s a strong runner and could quickly play at a higher level with a little more experience.”

A memorable moment occurred midway through the first half, as Kerr broke through the line and lured the defense to the sideline. Jacksonville recycled the ball to the opposite touchline and scored out wide. Back three players like Mary Blizzard and Amber Williams had an edge in speed (and scored Jacksonville’s tries), but the Ft. Miami couldn’t release its interior defense when players like Kerr threatened to break through the middle.

Ft. Miami did eventually move personnel into the backline to reinforce the defense, and Jacksonville became a little porous in the third quarter. Despite the 22-21 loss, Jacksonville forced the league champ to play better, and Player of the Week Georgina Kerr vigorously pushed her side to play to its potential.