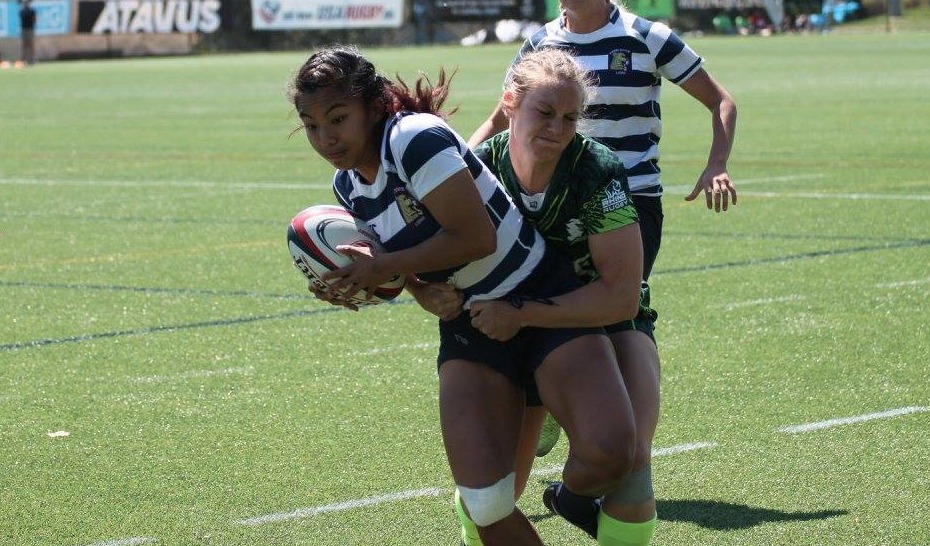 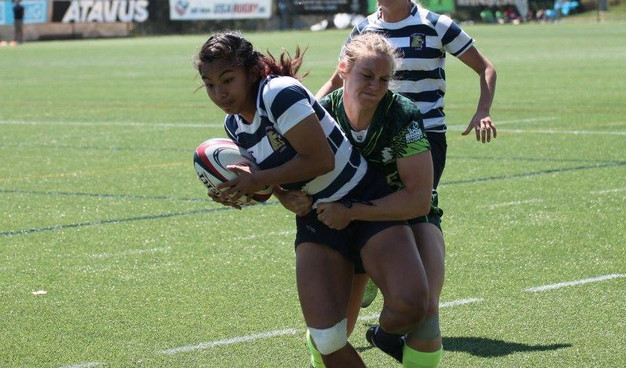 Eight DI teams remain in the hunt for the USA Rugby College 7s Championship title, and the final pool play round could not have ended in a more thrilling manner.

Pool B’s Central Washington vs. Lindenwood match was packed with highlight reel moments. The teams traded sideline breakaways and pursuit tackles, showcasing great speed from players like Cassidy Meyers, Neariah Persinger, Mckenzie Pusch and Jennese Bacon, to name only a few. McKenzie Hawkins and Nate Serevi were good on the ground, forcing precise work at the breakdowns and discipline around the ball.

Despite the many breakaways, neither side crossed for tries in the first half. Central Washington was building toward Lindenwood’s line, but as Serevi was tackled, Persinger was perfectly positioned for the poach. She tore through the middle of the pitch, but Pusch was on the case. She pulled down Persinger about 10 meters from the line, but timely support from Davon Thomas saw the pop pass carried into the try zone. Hawkins’ conversion put the Lions up 7-0. 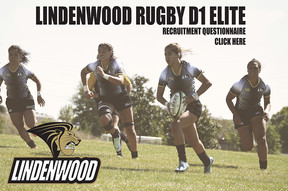 As time ticked off the clock, Lindenwood incurred a yellow card, and in a game as close as this one, the player advantage was huge. A lovely exchange between Meyers and Serevi saw the former dot down. The conversion missed, so the Lions held onto the 7-5 lead with time for one more play. Unfortunately for the Wildcats, the restart didn’t go 10 meters, so Hawkins kicked the free kick into touch to end the game.

Drama was on tap during Pool A’s Penn State vs. UC Davis match as well. The Aggies began furiously, as Becca Lehman tore through the Nittany Lions’ defense and offloaded to Erica Hipp at the try line for the opening score. Lehman converted for the 7-0 lead.

The remainder of the half stayed in Davis’ end, and Penn State capitalized on a penalty after a breakaway and a knock-on after a lineout for two tries and 12-7 halftime lead. The reigning champion created more opportunities for itself by turning over a ruck and moving the ball to wing Elaine Santiago for the try, 17-7.

Davis answered with a dive-over try to pull within five and looked to even up with a sustained goal-line attack. But Penn State’s defense was perfect, in terms of protecting its try zone. However, the Lions gave up two yellow cards – one for a dangerous tackle, the other for killing the ball – in the waning minutes to give Davis a prime opportunity to score.

With five players on the pitch, Penn State turned over the breakdown and cleared its lines. The Lions then drew a penalty to stay on attack and Rachel Ehrecke pulled away for a try and fantastic response. The conversion afforded the 24-12 win.

Stanford gave Life University all it could handle and held the Running Eagles to seven first-half points, the try coming from Kim Semiglia. The Georgia side pulled away in the second half, sending Megan Rom, Kaitlyn Broughton and Nicole Strasko in for tries, while Stanford scored once to prevent the shutout. Madison Ohmann handled the conversions in the 26-5 win.

All of the aforementioned teams move onto the Cup quarterfinals, having finished in the top two of their respective pools. In the final round, UNC defeated Chico State 15-12, and UVA bettered Texas A&M 20-5. The seeds heading into the knockouts are as follows:

Setting up the following Cup quarterfinals:

Ninth-place UNC gets the bye to the Bowl final, while Chico State and Texas A&M battle for the berth in this evening’s semifinal.