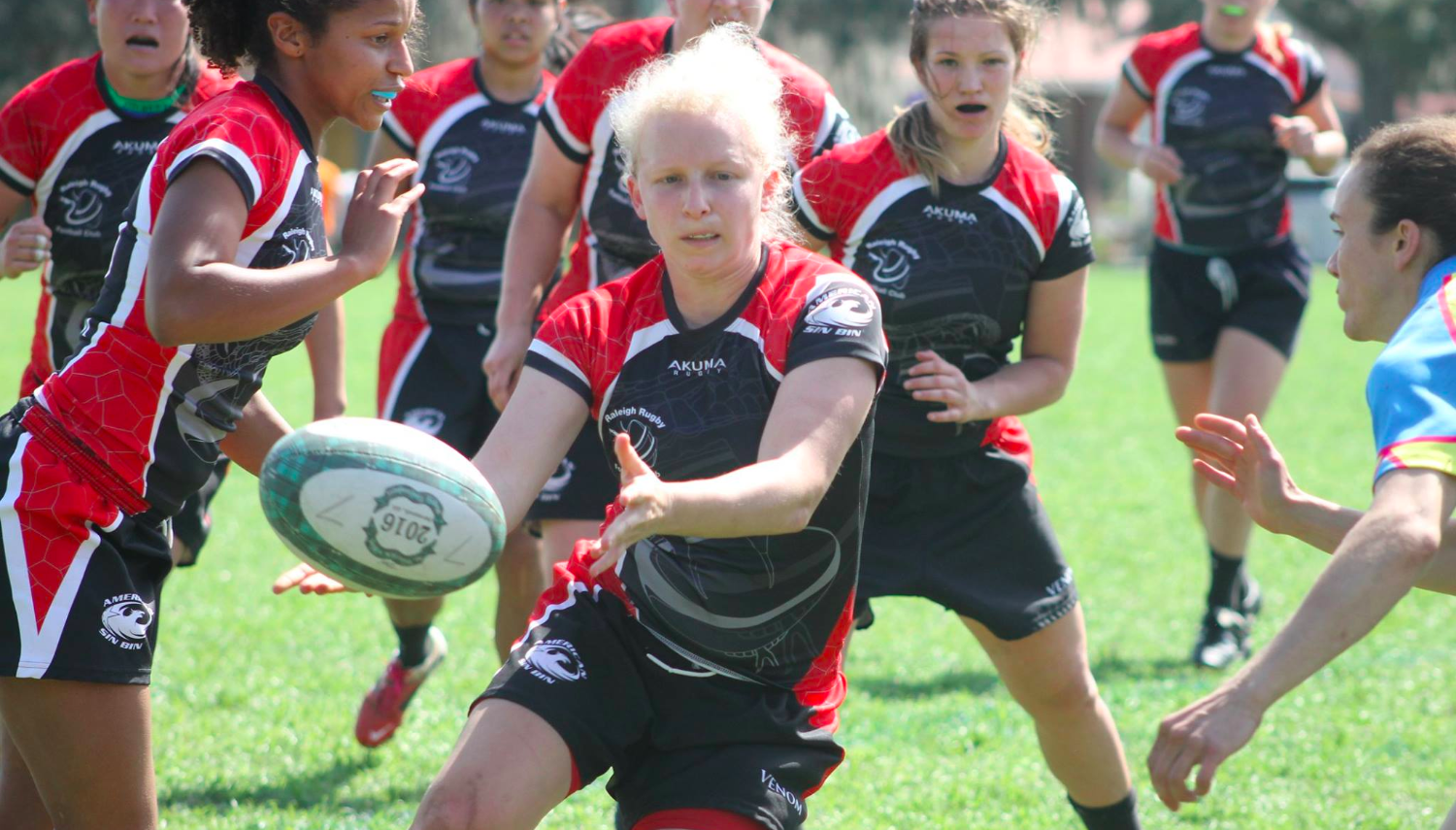 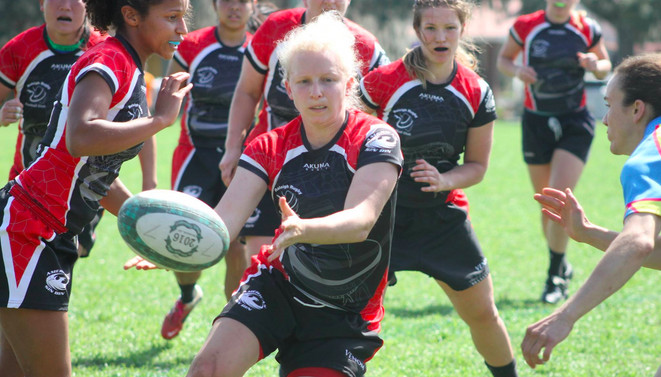 And that’s game. With Raleigh’s 27-15 win over NOVA, the Venom have secured the top South seed to the Mid-Atlantic Conference (MAC) playoffs. NOVA (2-2) plays home and away against Norfolk the next two weekends and needs to win both to move on to the MAC post-season.

The teams traded tries in the first quarter: Raleigh hooker Sara Lundy in minute three, and NOVA flanker Patricia Higbee in minute 20. With approximately 10 minutes remaining in the half, lock Carol Trammel scored and flyhalf Chelsea Garber knocked over the extras for the 12-5 lead at half.

“NOVA looked better than they did in the fall,” Raleigh coach Mike Lee reflected on the 38-10 victory last October. “Their backs had a hard time handling the ball then and missed a lot of opportunities. We really opened it up in the last 10 minutes, but NOVA was having none of that this year.”

NOVA never let the game get out of hand, even as Raleigh wing Holly Zoeller scored in minute 48 to push the lead to 17-5. The Virginia team kept pressuring and was rewarded with a penalty try credited to flyhalf Kathryn Hemlock. Flanker Rachel Primo converted for the 17-12 scoreline.

“I felt like we had an advantage with our flyhalf [Garber] and centers [Jen Larrimore and Jessica Meidinger], and they had the advantage in the wings and fullback,” Lee compared strengths. “They were able to get around us on the outside. We didn’t cover well, but that’s probably our least experienced group in the backs – our wing and fullback – and we’ll work hard on that.

“Our forwards are new to the forward game,” the coach added. “We don’t really have any experienced forwards who will play a tough, hard-nosed game if we run into a hard pack. When we played Severn River [in last year’s DII post-season], they had some seasoned vets and they kept the ball when they got their hands on it. We don’t have those skills to take it away from them, but we’re working on it. They’re hard lessons to learn.”

The game against NOVA marked Raleigh’s seventh game this spring, making the Venom the most active squad in the MAC. While coach Lee was more focused on the win last weekend, he’s vetted new players throughout the rest of the spring. Flanker Caitlin Davis is looking strong and injects good pace into the team. Newcomer Augustine Masiala showed promise in the centers when the regulars were absent, and came on at wing against NOVA to shut down the outside attack. And Lundy has stepped up her game in the front row to become an important player on the pitch.

“Coaching this crowd, it pays to play a lot of games – 10-12 before playoffs – so you can get your legs about you,” Lee said. “Our only loss came to Life University – 34-7 in February. They came out playing a good game, and we were a little shy. We weren’t taking the bull by the horns, going at them like we should. Life basically showed them the way the game should be played. They were fit and didn’t do anything spectacular, but they were together with what they did and that got them a lot of ball.”

Raleigh will continue to build toward the post-season with a trip to D.C. Ruggerfest, where it hopes to meet the likes of Beantown and New York in the elite division. Then there’s one more league game against James River on April 23, and then conference championship in Wilmington, Del., on May 7-8.