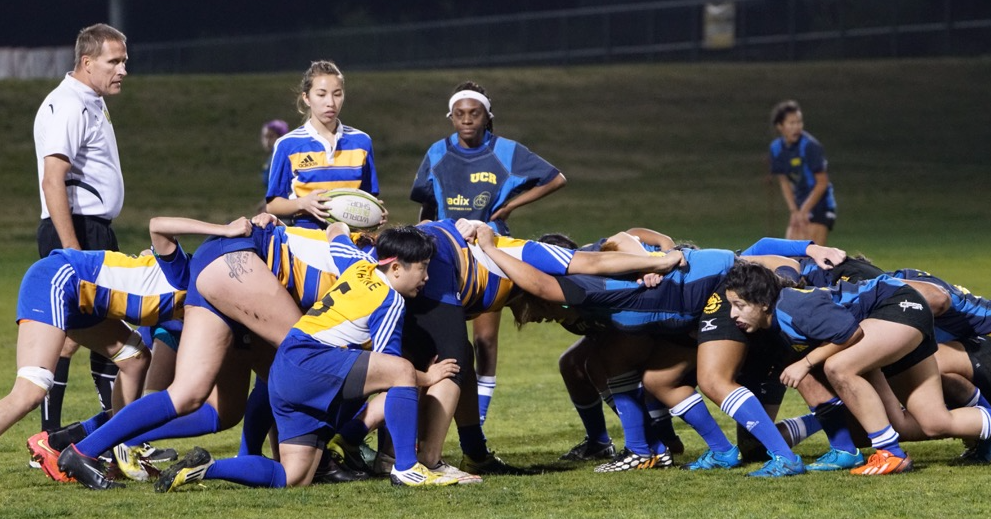 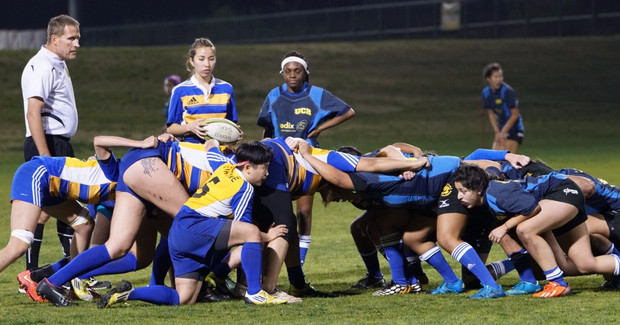 Ivan Pacewiczh had some concerns as he transitioned from UC Riverside’s backs coach to head coach. Last year, the Highlanders won the DII college spring championship, and the appearance in the national title match was, by far, the Southern Californian team’s best finish to date. But that program milestone didn’t translate into an influx of new players.

“I thought we’d have better numbers because of nationals, but recruiting was really low this year, and all of our newcomers had no experience,” said Pacewiczh. “We still have a lot of our backline, but we’ve changed everyone around. It’s been kind of rough teaching everyone new positions and ideas.”

Twenty-two players are currently eligible, and seven of those are first-years. Pacewiczh employed the help of a performance coach, who focused on new players’ skills, and has led training sessions four times per week. Some of those sessions include scrimmages against the men’s team. Desiree Millan, who led UCR to nationals as flyhalf last year, is now the backs coach and helping former scrumhalf Arielle Casillas get comfortable in the #10 jersey. Riverside’s scrumhalf is also a rookie.

In spite of the personnel concerns, Pacewiczh was not deterred in introducing a new team concept. 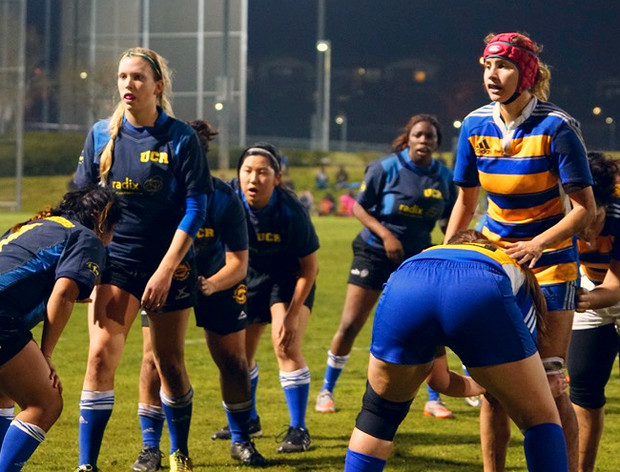 “I’ve been playing rugby since I was six years old, and it’s hard to teach the players here that rugby is not a linear game,” Pacewiczh explained. “The game is constantly changing, and you have to adapt and make decisions. The last three years, we played a linear game, with set plays for certain situations, but I’m trying to create a rugby IQ coaching style. We give them the basics and they apply them to their own experiences.”

The staff has incorporated weekly classes, where film and positions are reviewed, questions asked and answered. The new system was tested in the Scrum By The Sea’s social bracket, and a December friendly against DI UCLA. The Highlanders won both.

​“Michelle Hong has been a true captain, and we rely on her to guide the team, talk to the players, and be confident,” Pacewiczh pointed to the driving force behind the new management style. “She’s really been doing well.”

Hong, who moved from fullback to outside center this year, was tested on Saturday against UC Irvine, a perennial top-four team in the Golden Coast. Riverside enjoyed a three-try cushion before Irvine started to rally. Two tries later and a lead-change became imminent.

“My players were falling into Irvine’s game – taking quick decisions, not carrying the ball well, making mistakes,” Pacewiczh remembered. “I told Michelle to calm the team down, take every movement – penalties, scrums – with patience, so you can get your feet on the ground. After that, we settled down and started controlling the game. They had nothing on us after that.”

The next big challenge will be the tough, physical Long Beach State, which is always a contender for the conference title. The pair played each other at Scrum By The Sea, and Pacewiczh is looking forward to the rematch.

“The girls are enjoying themselves on the field,” the coach said. “And they’re understanding that a big part of rugby is in your head. We make mistakes, we learn, but they’re being adventurous – kicking, grubbers – things other teams aren’t doing. I have 22 highly motivated players, and their mentality gives me a lot of energy. We’re going to work hard to get back to nationals.”