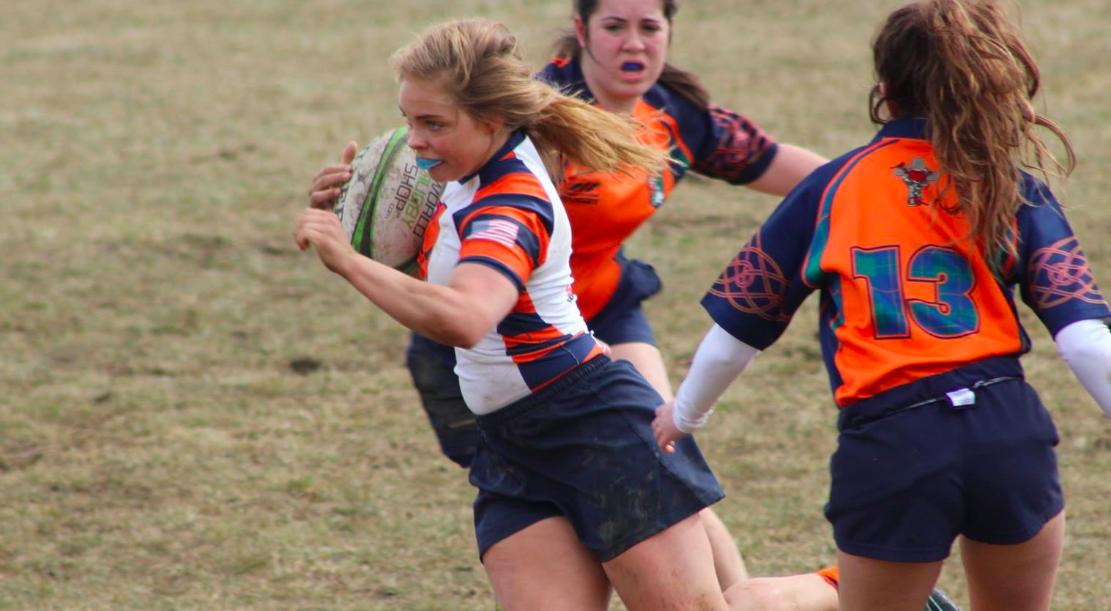 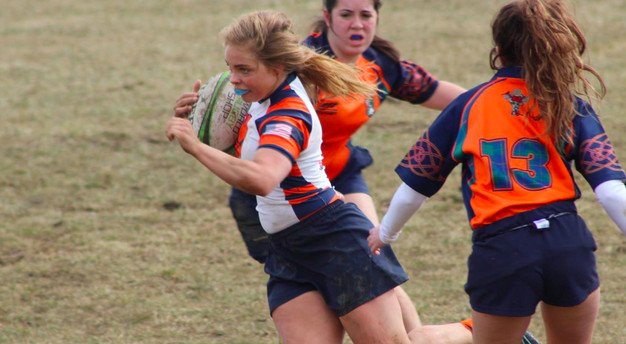 The Frostbite tournament served as a first look at the top girls high school teams in the Mid-Atlantic region, and West End emerged as the team to chase.

Armed with 31 players (although six played with North Bay’s B side), West End defeated Morris and West Carroll twice, and North Bay and Doylestown for the tournament title. Eleven different Ruckettes helped score 158 points, and good team defense allowed 21 against.

“The scores aren’t indicative of how good the competition was,” West End coach Matt Estes said. “For whatever reason, everything clicked for us. We played good team rugby, with the backs and forwards playing well together.”

But there were some tangible reasons as to why the Ruckettes were in better shape than the rest of the field. The team’s roster boasts close to 60 players, a number that allows weekly intrasquad games. These games breed healthy competition for positions and selection to the top side. West End is supplying two teams to Virginia’s varsity division this year, with the White team serving as the top side and Blue as developmental. Estes indicated that a solid 30 players are pressuring for an A side spot.

Last weekend, several players put in A side-securing performances. The front row was impressive, even without BYU-bound prop Melesa Morrissette, who was nursing an injury. Props Mahtab Abbasi and Karissa Quinn and hooker Jade Hawton-Durham won all of their scrums and stole a great many defensive scrums. They were punishing ballcarriers and ever-present defenders in and around the breakdown as well.

The sophomore flanker duo of Madison Deaton and Sarah Awad also impressed. Estes tested Deaton, who had been playing flyhalf/outside center but whose nose for the tackle suggested an even better breakaway. She exceeded expectations and put so much pressure on the 9/10 channel that opposition backlines struggled to move forward. Awad is a product of the developmental side and moved up after an injury provided a vacancy. She earned MVP honors Saturday for her work, as well as a spot on the elite team.

The backs began with the new halfback pairing of Abby Tobias and Kayla Estes, and it seemed to work well. Inside center Kathleen Dzaran, fresh from the ARPTC high performance camp, was in top form and scored three tries. She paired nicely with new outside center Morgan Gozalzadeh, a soccer convert who took advantage of an injury vacancy and now owns the position. She accounted for 38 points, three of which came from a 37-meter penalty kick. And finally, fullback Maddy Moger was at home in the open field. While her offense was on-point as always, it was her defense and the multiple try-saving tackles that marked her weekend.

As for the rest of the field, Estes had expected Morris to be the biggest competition, but the New Jersey squad looked a little light. Morris still played the fast brand of rugby for which it’s known but struggled with no subs later in the tournament. Morris defeated Doylestown, traded wins with North Bay, lost twice to West End and once to West Carroll.

“North Bay is knocking on the door – they have incredible forwards – but the team that stood out was West Carroll,” Estes said of the Maryland team. “When we started our team four years ago, they were the benchmark. They broke into the top 10 nationally and then lost lots of seniors two years in a row. This tourney, they look like they’ve rebuilt. They run a fast attack pattern and looked better than we were expecting.”

Estes is taking the Frostbite wins in stride, reluctant to place too much stock in a pre-season tournament. The matrix season starts on March 19, but it’s the Northeast Invitational followed immediately by the Maryland Exiles International Tournament that will speak to the Ruckettes’ strength. But the team can’t help but be hopeful.

“We have decided that we want to go if we’re fortunate enough to be invited,” Estes said of the High School Club National Championship in late May. “Our state championship is scheduled the same weekend, so we have to work with our SRO on moving the date. We’re invested now, and this team has proved that it deserves to go. Last year wasn’t the performance we were looking for, but we think we can be more competitive this year.”

Beyond the Tackle: Teaching Anticipation