Shindledecker: We’re Not 1 and Done 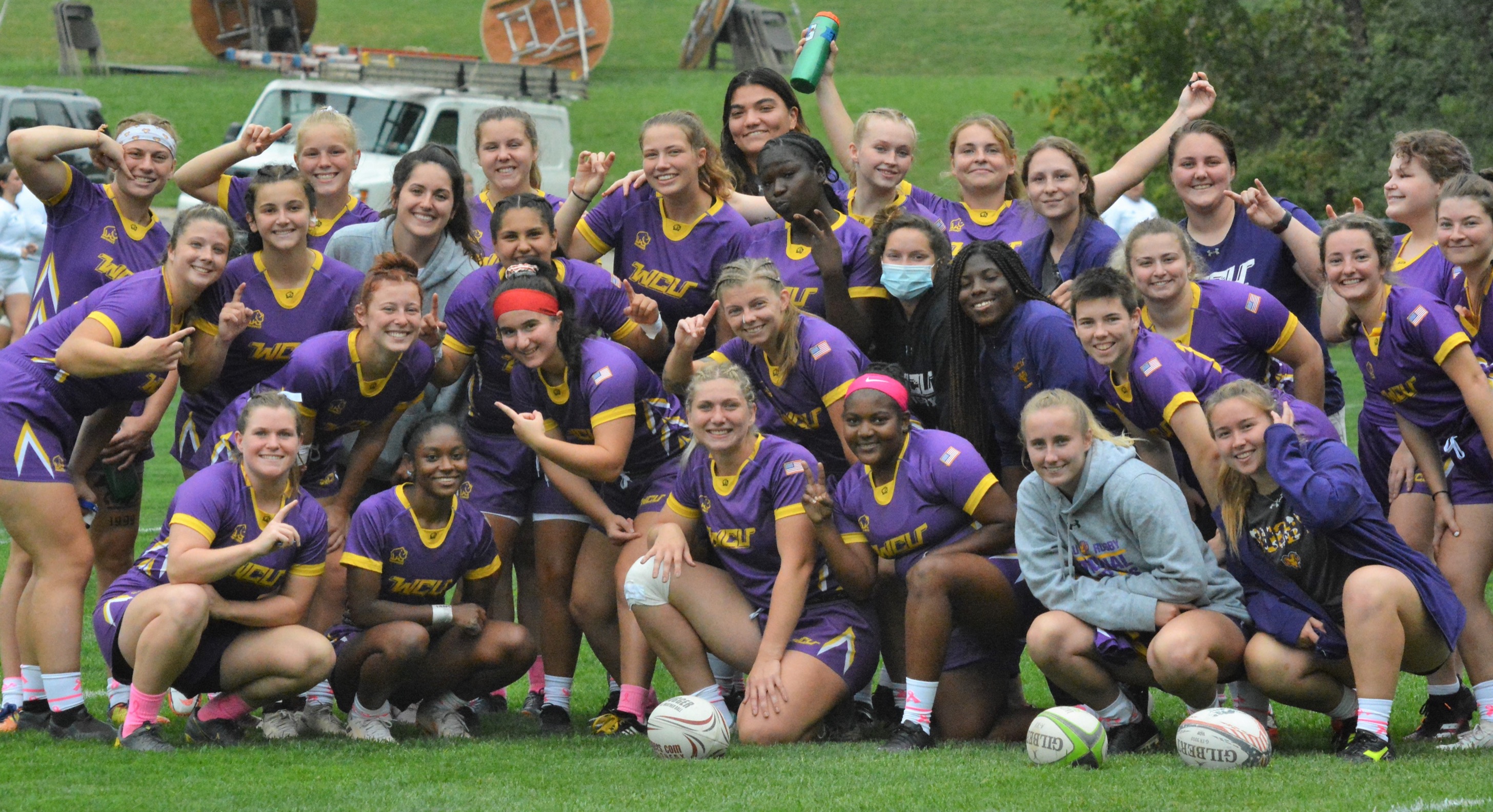 West Chester University is the reigning National Intercollegiate Rugby Association (NIRA) DII champion, and the Pennsylvania program will have the opportunity to defend its 2019 title this Sunday in West Point, N.Y. A new contender awaits – American International College (AIC) – as does a new pressure to perform.

“There was pressure two years ago, because we had never won a championship before,” said WCU forwards captain Bayla Shindledecker. “But there’s also pressure this year to prove that we’re not a one-and-done team, that we are such a developed team and program. I do feel like there’s more of a target on us this year, and we have to make sure we’re not counting our coins before the game is won. But if we win two national championships, what can’t we do?”

Shindledecker started playing rugby the summer before freshman year of high school and learned the game with Kiski Valley. She didn’t think she was good enough for college ball, that is, until the coaches started reaching out. West Chester was her top choice and joined the Golden Rams in fall 2018. Shindledecker started as a freshman but really started making big contributions as a sophomore. The prop helped the team to the 2019 national championship, and then entered the Covid era junior year. 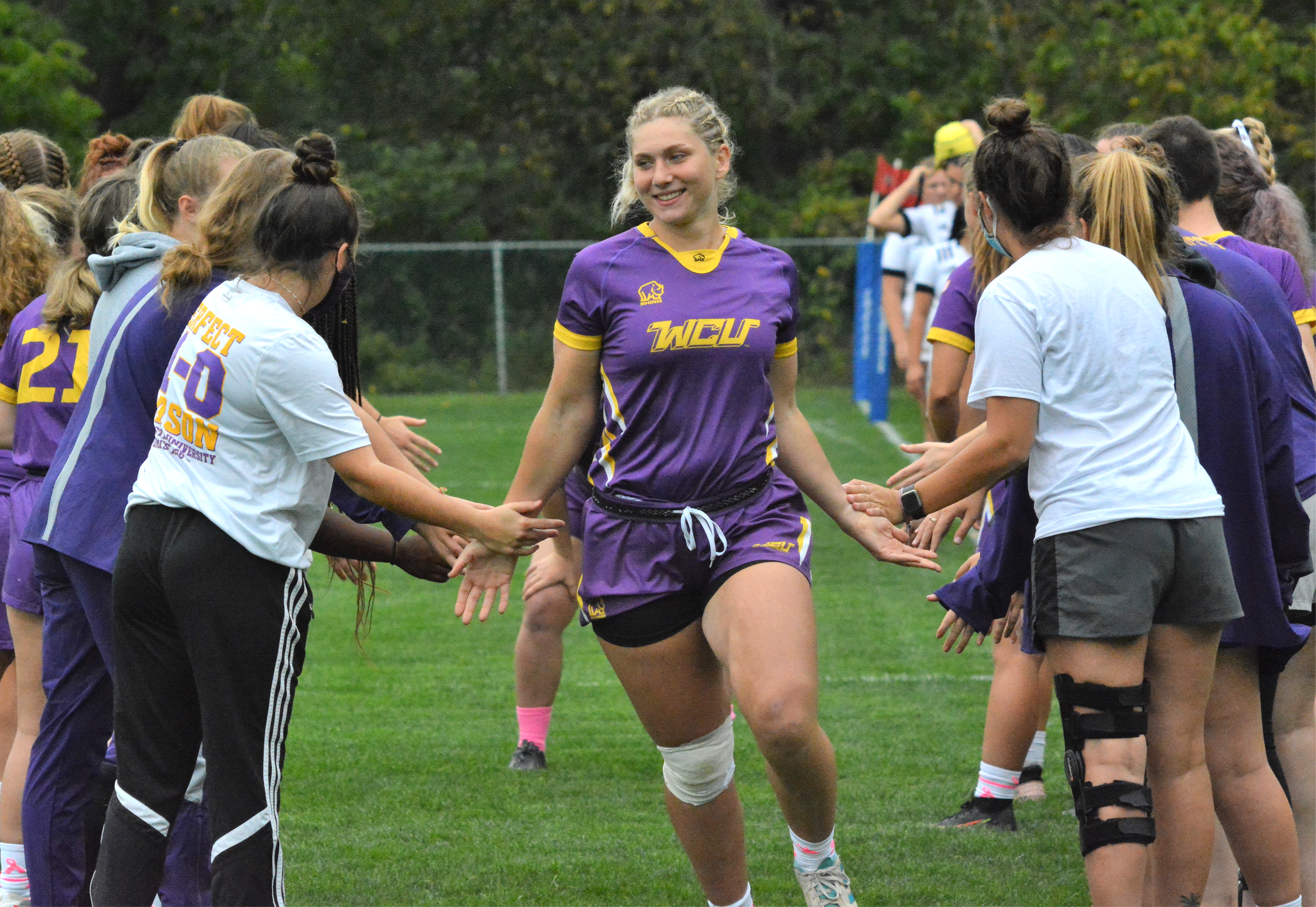 West Chester was able to play four 15s games in spring 2021 – a boon when compared to many parts of the country that were still locked down.

“We lost all four games in the spring and the team was beating each other up a lot,” Shindledecker said. “Our last game against Mount St. Mary’s … I remember walking off the field and being so embarrassed about how we played and how we treated each other. I said to myself, ‘We’ll never play like that again and turn our backs on each other,’ and that was useful for the fall.”

Shindledecker, alongside backs captain Julianna Aliprandi, needed to prime the squad for some serious relationship work when everyone reassembled for pre-season. She found a quote that resonated with her and reiterated it to the team throughout the summer, when motivation to train can lag. 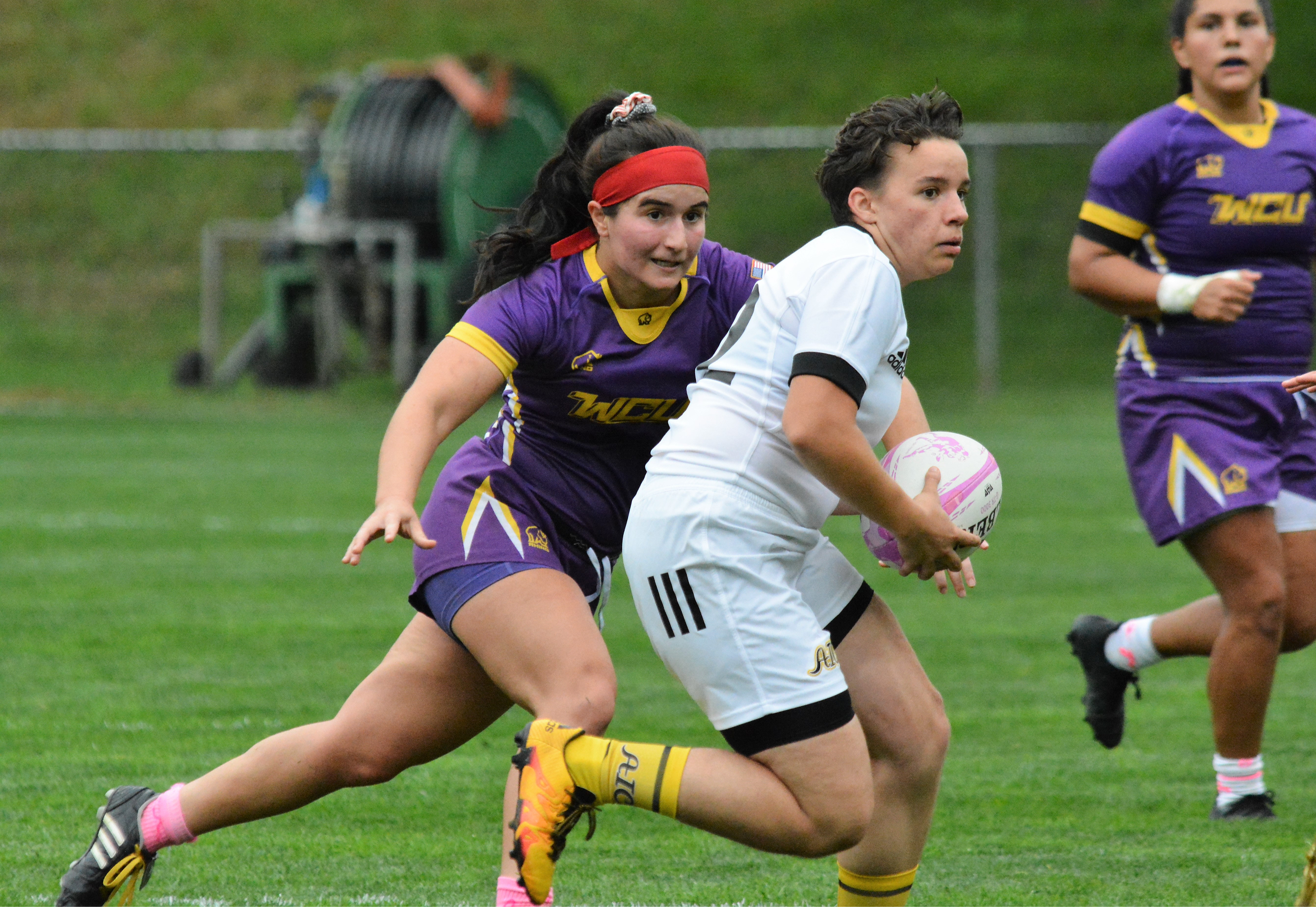 “You can have two pains in life: The pain of discipline or the pain of regret. It depends on which one you want,” Shindledecker recited. “All summer it was, ‘What pain do you want?’ In the fall, we focused on the pain of discipline, which meant 100% focus on practice and conditioning and doing all things we needed to do.”

The front row wanted a big push in the summer, so that when the squad reunited, there was ample time to work on off-field unity. Another theme thus emerged.

“Making things count,” the captain said. “Every tackle, every ruck, every scrum and lineout, every ball you run and pass out – make a difference. It was about having focus and determination.”

The team did the skill work and summer conditioning, and when players returned to West Chester, Shindledecker had a team-bonding event ready and waiting. 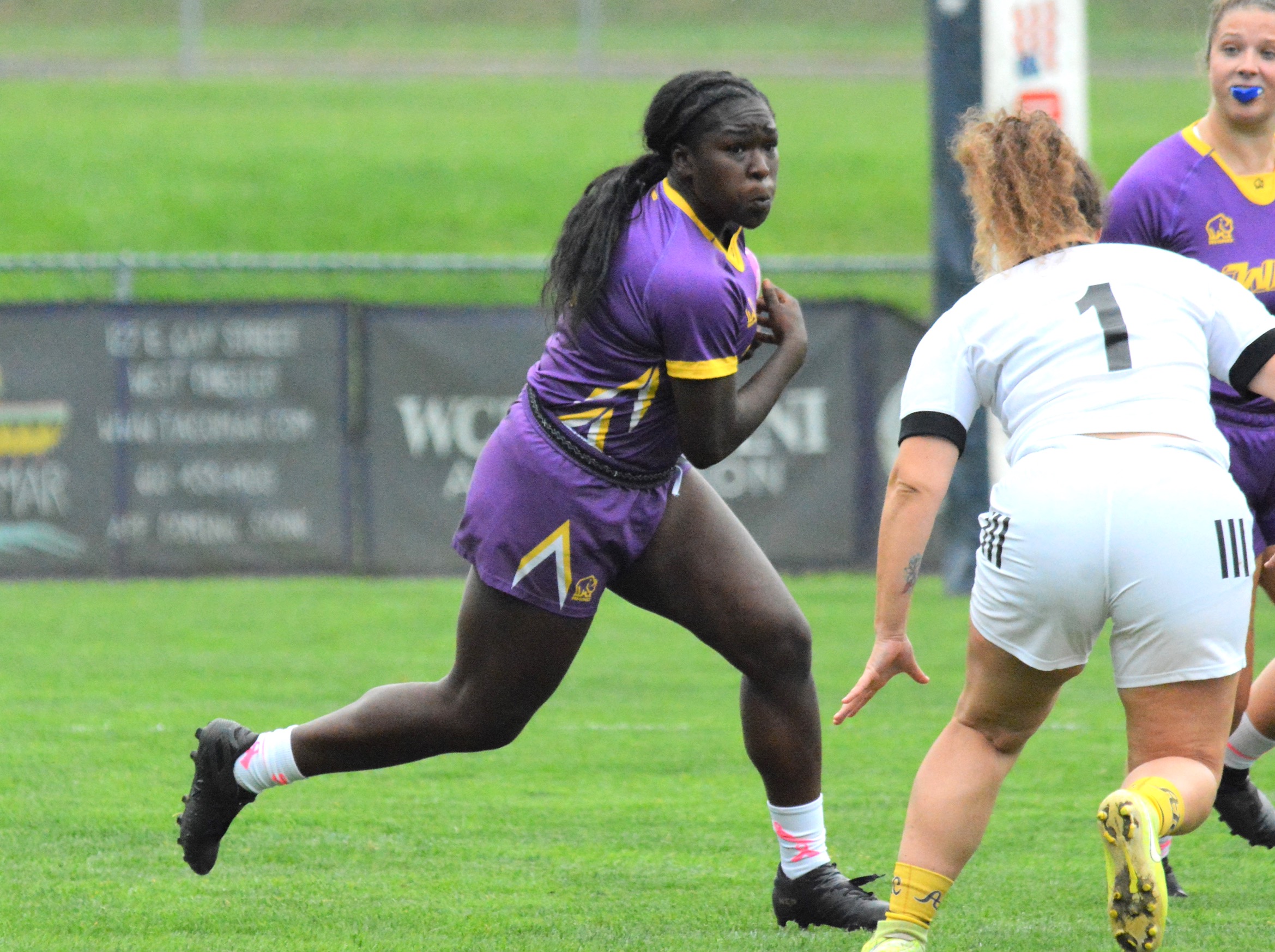 “It was hard coming in as captain this season because we had a lot of rebuilding to do within the team,” Shindledecker said. “How we relate each other effects how we connect on the field and how we play. So we had to change the team atmosphere, and we started from the ground up.”

All that prep work also meant that the team didn’t need developmental practices, where teammates train up their basic skills. The team went right into game-play sessions. West Chester opened up the fall against DIII Univ. New England, and there was no individualistic play reminiscent of the spring. There was a unified feel to the team, and, “We knew we were good,” Shindledecker said.

“That’s when we knew we could go all the way,” Shindledecker said of the win’s confidence-boosting impact. “Whatever was happening on the field, we didn’t turn on each other like we did in the spring. We connected and really stuck together.” 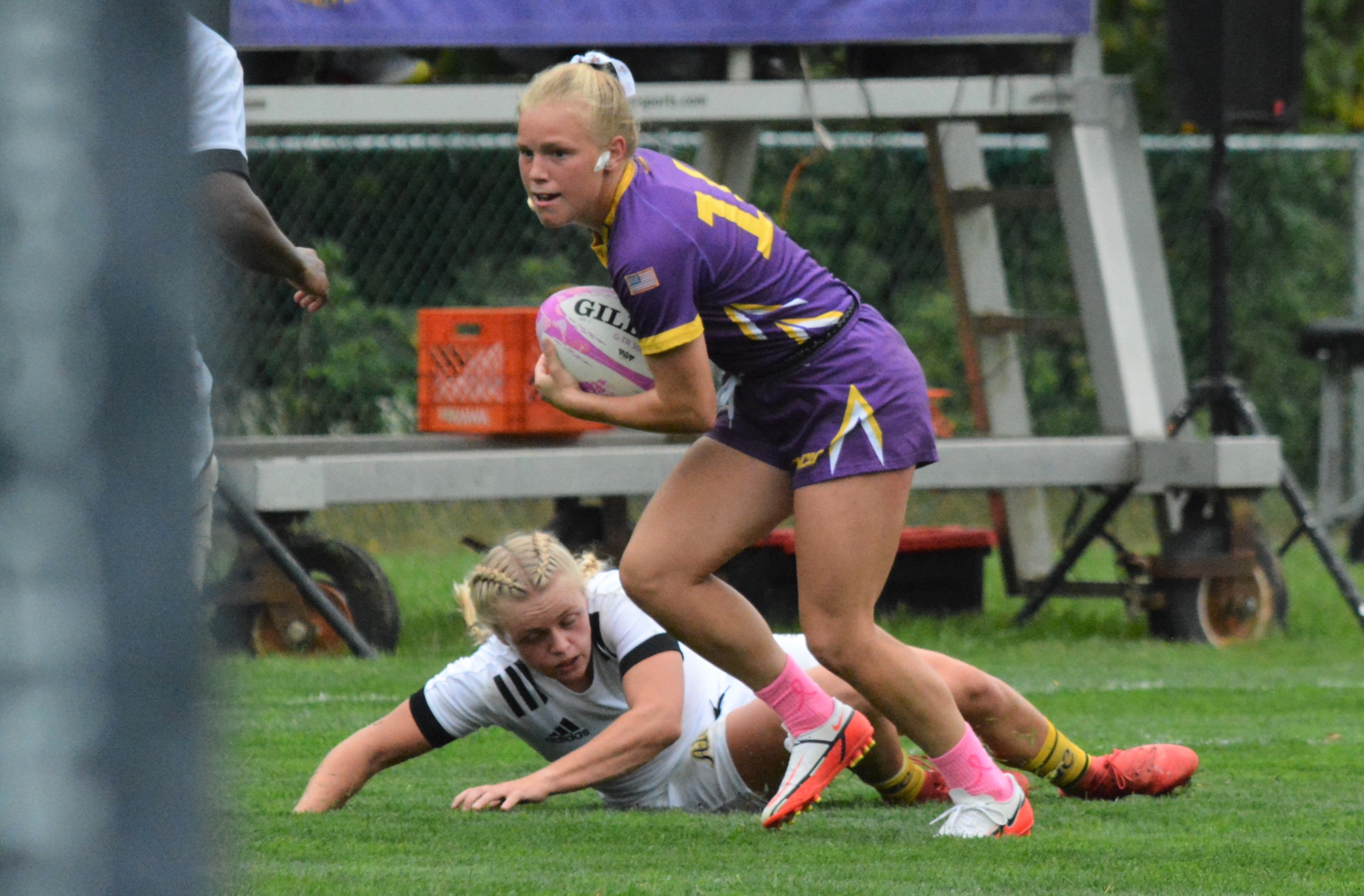 “It was in the middle of the week, so that threw a lot of us off,” Shindledecker said. “I just re-watched the game and I noticed that it took us 46 minutes to get into that game – to play how we wanted to play and be aggressive. We blended well in the Navy game but the AIC game was an off-game for us.

“The big take-away from that is that we have to start playing at 100% from the beginning of the match,” the captain continued. “And we talked about that a bunch. Everything we do, you have to make it count. You can’t wait for the second half to start playing.”

The Golden Rams internalized that lesson and applied it to their second conference match against Queens University of Charlotte. The Royals had defeated AIC 36-5 and so this game would decide which team advanced directly to the DII national championship.

“We were so ready. The energy was insane,” Shindledecker said. “lost to them in the spring and there’s a bit of a rivalry there. Both teams were undefeated, and so one team was leaving with a loss on their record, and we did not want that team to be us. That game was going to show who was on top of our tier, for the time being, and so everyone was very pumped and aggressive.” 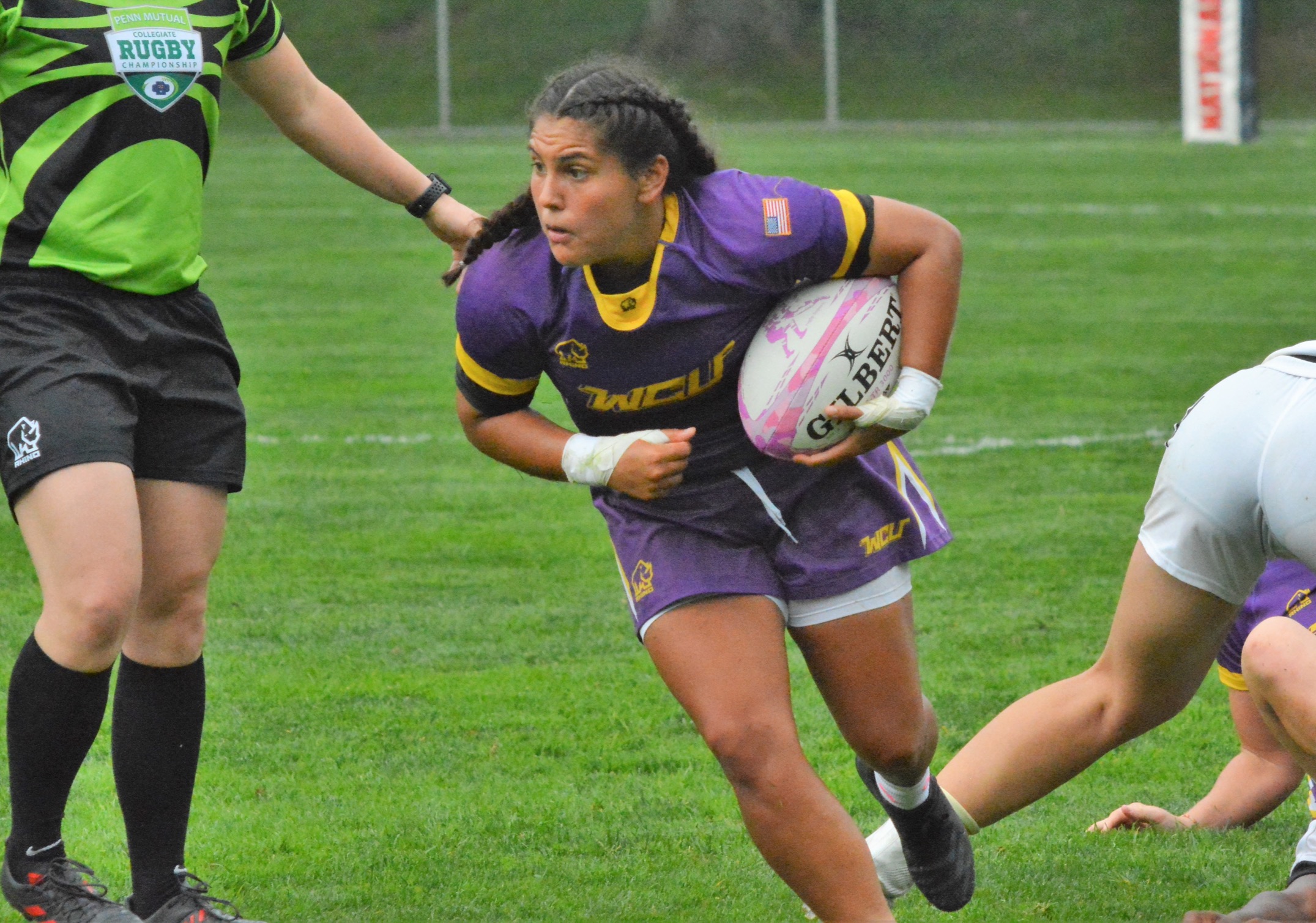 West Chester won 25-17, getting tries from Autumn Czaplicki, Anne Kelokolio and Lauren Madalian, and 10 points from Olyvia Eckerd on two conversions and two penalties. That outcome meant that AIC and Queens had to contest the play-in match to the DII final, a game that took place last Saturday in Charlotte, N.C.

“I had seen the first AIC vs. Queens game, and personally I thought AIC was the better team rugby-wise, but they just didn’t execute,” Shindledecker said. “I watched the whole game last Saturday and saw more execution by AIC. Halfway through, I thought AIC was going to win. I know it’s a big upset for a lot of people because Queens had been the better team all seas
on, but AIC had fixed the things that had gone wrong.”

Shindledecker wasn’t necessarily surprised that AIC won but the team had been training the past two weeks with Queens in mind. The result Saturday meant a mental and tactical shift for practices this week. 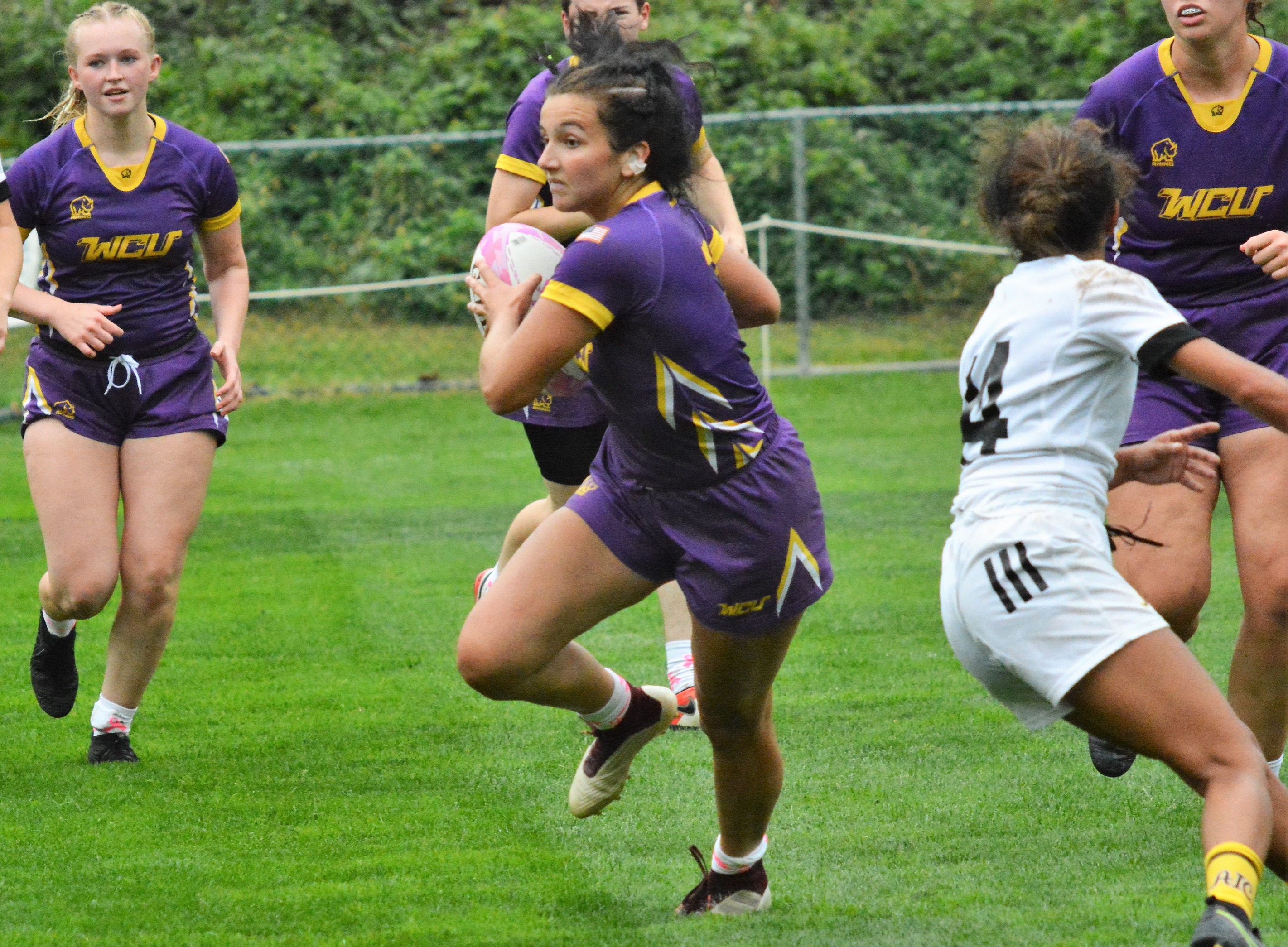 “Knowing that they beat Queens after being the underdog does impact my mental thoughts and how I’m going about this week and preparing for this game,” Shindledecker confessed. “[Staying composed] is definitely easier said than done.”

The team has banked lessons all fall long and knows that a fast, aggressive start is key to later-game success. Players have been watching AIC film, picking out players to watch, and noting tendencies in the set pieces and breakaways, and adjusting its defense accordingly.

“We’ve been to the championship before and we’ve been undefeated before, but now we’re defending the title and there’s more behind it,” Shindledecker said. “We are the team to beat, and AIC is hungry.”

The DII national championship kicks off at 3 p.m. on Sunday, Nov. 21 at West Point, N.Y.