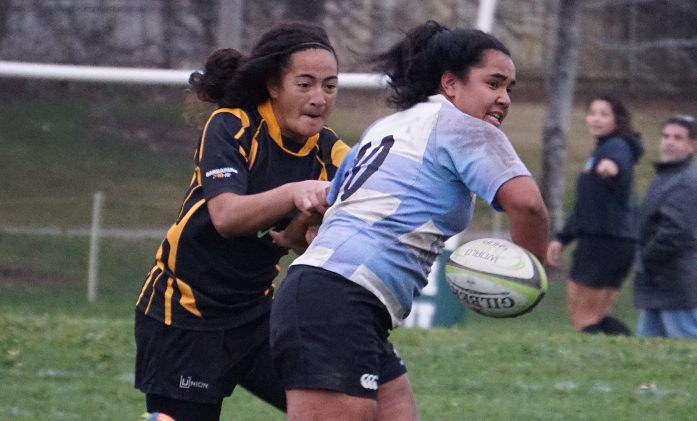 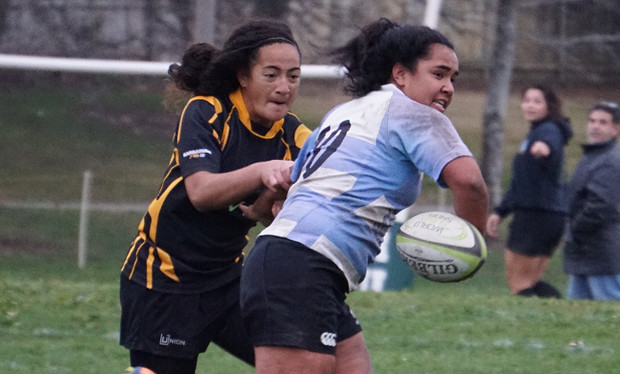 Mele Tausinga is one of several seniors enjoying the last year in the blue-and-white.

At first glance, the Sacramento Amazons look like the team that shook up high school nationals in 2010. They’re still playing that brand of hard, fast, creative rugby, but the team is different this year. There’s been a head coach swap, a new sponsor has injected another level of support, and the roster is brimming with All American experience and varsity scholarship college-bound athletes.

Head coach David Tausinga is a Sacramento legend, as praised by previous Amazons head coach Sefesi Green. Tausinga has been on the coaching staff since 2009, and Green felt fortunate to leave the program in his colleague’s care when he moved to Hawaii. Green remained involved with the program as it transitioned into the Sacramento Police Activities League (SacPAL).

“Our new sponsors, SacPAL with Joe Bailey and Mark Scurria, not only play a big part in sponsoring us, but they also help with recruiting and bringing depth to the team and staff,” Tausinga noted. “SacPAL also started a youth program that will be a feeder program to help us in the future.”

This year, the Amazons boast a lot of experience, and it wielded a 57-19 win over Pleasanton in NorCal’s opening weekend. The team still has players from its 2010 national championship-winning team, back when middle schoolers were still allowed to compete in playoffs. Five players were invited to the Girls High School All American (GHSAA) camp in mid-January as well: Jaida Kafovalu, who recently signed with DI varsity Central Washington; Ana Polalau and Maryjane Pasioles, both of whom debuted with the GHSAAs last summer; Alisha Moore and the incomparable Melelea Tausinga.

“Other key players are Eti Haungatau, Lani Finau and Naomi Tupou, who are players that can play wherever we need them in the forwards or in the backs,” Tausinga praised. “We also have middle schooler Salote Tausinga in her second year with us. She’ll be putting numbers on the board.”

This Saturday, Sacramento travels to the Land Park Harlequins, but the big game will occur on March 19 against Danville (the 2-0 Lady Oaks beat Bishop O’Dowd 36-14 on Monday). The pair share a healthy rivalry, and the match will gauge each other’s relative strength.

“We’ve always had strength, we just didn’t have depth,” Tausinga clarified. “But this year we have depth and players who can play multiple positions.


Dense Month Ahead for 7s Eagles