Stanford Evens Up With Davis 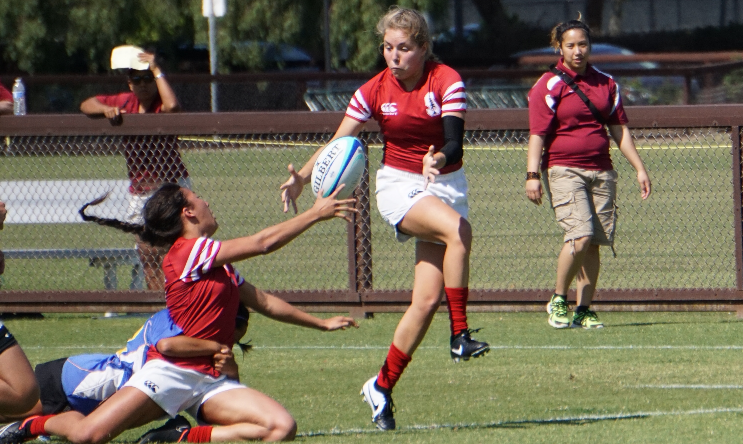 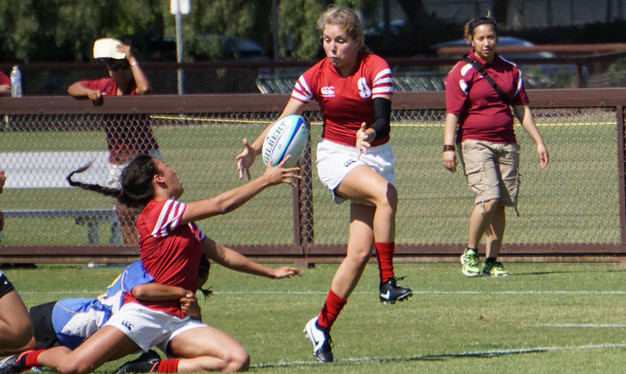 The odds were in UC Davis’ corner this weekend. The Aggies were undefeated at 4-0 and had been posting double-digit point differentials all season. Stanford was 2-2 and recouping from a loss to Chico State the weekend prior. But the Cardinal restored some confidence Saturday, rallying from a first-half shutout to win 19-12 over UC Davis.

Davis captain Caroline Sequeira gave the Aggies their first lead, and a converted try followed for a 12-0 halftime lead.

“It was pretty even,” Stanford coach Josh Sutcliffe said of first-half play. “Davis capitalized on a couple opportunities where we got a little fractured on defense. We’re still developing and integrating new players into that defensive structure, so there were a couple of lapses. We also weren’t able to finish our line breaks. There were times when we were exerting a lot of pressure and retaining the ball for long periods, but were never able to breach the try line – whether that was through great Davis defense holding us up, or knock-ons or forward passes that caused turnovers.”

“Davis is a really physical team,” Sutcliffe said. “In our first game, they really hurt us with a lot of offloads and their ability to maintain that forward momentum. So we really worked hard this time to finish the tackle and put players on the ground. Even though Davis was capable of offloads sometimes, eventually that tackle was made to the ground, which allowed us to reset our defensive line.”

Former Eagle flyhalf Hannah Stolba has joined the coaching staff while Rob Hoadley is with the Men’s National Team. Stolba focused on defense during her first week on the job, and traveled with the men’s team to Davis on Saturday.

The offense is still a work in progress. The backline has some moving parts with a pair of key players preparing to leave in the spring quarter for study abroad. The backs are adapting, and got a nice boost from newcomer Maya Thayer. The former Stanford soccer player just started training with the team, and the natural athlete was influential on Saturday.

Tries from Madda Wilson and Lia Ferguson, and a conversion kick from Olivia Bernadel-Huey evened up the score 12-12. With six minutes remaining, Thayer collected a poor clearance kick out of Davis’ 22 meter and returned it for the game-winning try. Bernadel-Huey added the extra points for the 19-12 win.

“I think this win will make a really big impact – and it was the way they won,” Sutcliffe said. “Everyone was really switched on and played together as a team. They showed a lot of resilience. To be down at halftime 12-0, come back and hold a team scoreless, that creates a lot of confidence in the players. There were a lot of smiles of satisfaction at the end of the game.”

Stanford has one more league match against Cal this weekend, and that will be the end of league play for the Cardinal. While the remaining three teams move into conference playoffs, Stanford will be dormant until April, when the DI Elite playoffs kick off. In the meantime, Stanford will have its spring break camp, where Dartmouth will visit during its West Coast tour, and also play Life West.