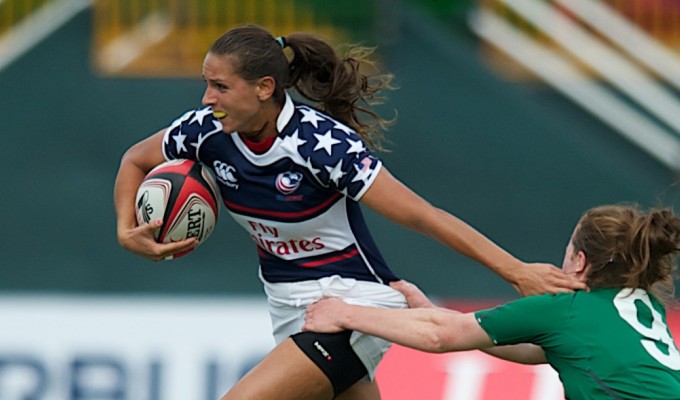 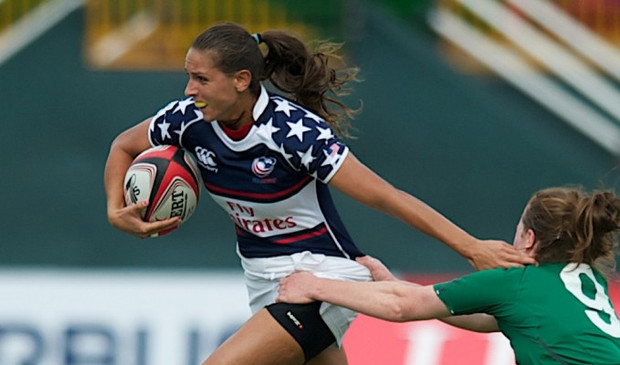 Stars Rugby 7s celebrates its second anniversary at the Las Vegas Invitational, and the women’s side of the program will mark the occasion with two teams in the elite division. Stars director Liz Entwhistle indicated that this year’s player pool is the most talented to date, and the selectees hail from Australia, Canada and the USA.

Homegrown leaders include 7s Eagle Dana Meschisi and capped 7s player Ida Bernstein, who has recently been working with USA Wrestling. Eagle pool player Frieda Fetu’u joins from Berkeley, while ARPTC vets Lizzy Bristow and Mickey Ghannam inject more high-level skill. The college contingent is led by Stars returner Ashlee Byrge, an All American who was named to the U20 player pool. Notre Dame College’s Emilia Ferrara played with the Stars at New York 7s, as did Emily Speyer, who will join the team at the Vancouver 7s Festival. The majority of players are Stars rookies, as detailed in the roster below.

“For a lot of the younger players, it’ll be their first big taste of international rugby, but they’re fully capable of playing a structured 7s game,” Entwhistle said.

Australia has once again come through with solid talent. 2014 Women’s Rugby World Cup member Nita Maynard (Parramatta Two Blues) is on the hook, as is Erica Fowler (Queensland Reds), who plays for the Australian Universities team. Fiji’s Josephine Maejiirs, who is currently playing in Sydney, has returned from injury and looking to make her case for inclusion on her nation’s 7s team. Both Maynard and Maejiirs played on the Sydney Rams team that beat the Stars in the Central Coast 7s’ Plate round.

“The Australia connections came courtesy of my friend, Nathan McMahon, who coaches the Australia Developmental 7s Women,” Entwhistle explained. “He’s set up some pathways for player and coach exchanges as Stars continues to grow.

“Going to all of these tournaments has allowed us to absorb players from teams we’ve played against,” the director added. “We played Rugby Quebec at New York 7s and Tobago, and now we have some of those players with us in Vancouver. Same with the Sydney Rams from Central Coast 7s. It’s one of those cool rugby culture things: We beat you, you beat us. We both travel a lot – let’s exchange!”

Embracing the sport’s culture is important to Entwhistle, but this year has seen an intensified focus on the program’s professional side. Stars has employed a player tracking system that aims to mimic the national team’s standards. Games are filmed, 45 different categories of play are coded, and athletes are educated on their performances.

“We’ve sent players to [academies], the ARPTC, National All Star Competitions, and we want to be able to provide data and more metrics for their evaluations,” Entwhistle said. “Instead of having profiles that are based on their peers back home, after Las Vegas, we’ll know how a certain player competes against national teams and whether they can project to the next level.

“You’re not just paying to be on rugby vacation,” Entwhistle added. “You’re working toward the All Americans, the academies, NASC, etc. We need this information so players can develop.”

Liam Hutchison is coaching the women’s first side, which is grouped in a North American pool with the Maple Leafs, Atlantis and the Northeast Academy. Marcus Hurley coaches the Stars’ second side, which is in Pool C with the USA, South Africa and Brazil. Erica Black will handle health and wellness

“There are seven national teams in the elite division, which is the biggest it’s ever been,” Entwhistle said. “It’s great to play teams we know [speaking to Stars 1’s lineup], but it would’ve been nice to play some other countries.”

After Vegas, the Stars head to the Vancouver 7s Festival (not to be confused with the HSBC Women’s Sevens Series stop), where Canadians Karina Stevenson and Ruby Kinsella will replace U20 center Missy Bass from Vegas. Eight additional players will play at both the LVI and Vancouver tournaments, and Brazil 7s international Manuela Abreu Santos will also join the team. The Stars will not compete at the Atlanta 7s Festival, as many players are committed to their home sides, but Entwhistle will be in attendance scouting. The rest of the year includes a repeat summer tour to Calgary, Labor Day Weekend trip to ORSU for a 15s match, potentially the Magnificent 7s, Australia in October (Byron Bay 7s as warm-up, then Central Coast 7s), New York 7s, Tobago 7s, and then a Hawaiian tour in December.

A busy year ahead, and it all starts in Vegas.