Tucson Wins Battle of the Undefeateds 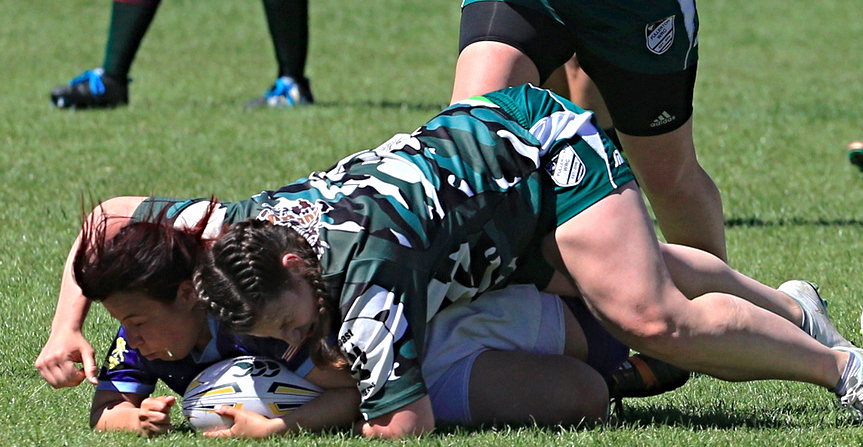 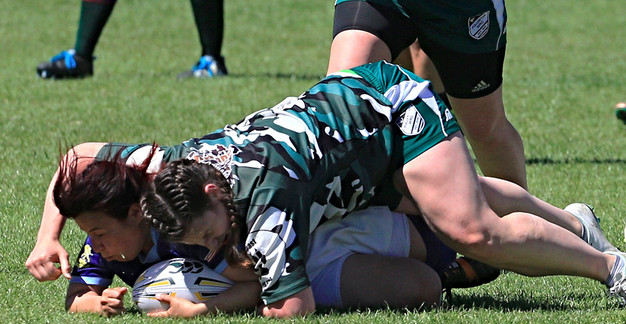 Things are working out for Tucson this season. The team is rallying around new coach Matt “Swing” DePoint’s systems, and the Lightning’s toughest games have and will be contested at home. The team’s full arsenal was available against reigning champion Ventura in that early-season victory and proved vital Saturday against then-undefeated Fullerton. After the 26-5 victory over the Lions, Tucson now leads DII Southern California at 5-0.

The Lightning was well aware of the stakes of Saturday’s outcome and nerves radiated throughout the group as game-day approached. Fullerton brought a hard-hitting, ball-hungry game to the pitch, and the first half nearly ended without a score. But in the 38th minute, scrumhalf Ria Joseph scored the first of her two tries, and inside center Amber Jones converted for the 7-0 lead.

“Fullerton was very good in contesting the rucks, and they stole a lot of our ball in the tackle space because we weren’t there to protect the ball,” DePoint said. “We missed out on some scoring opportunities when we were knocking on the door and Fullerton stole the ball right from under us.

“We did well because we were able to play more complex game patterns,” the coach continued. “I’ve been preaching that we can’t score off the second phases. There isn’t some magic play we run that will result in a score. And Fullerton tackled well in the open space; they could cover a 20-30-meter break. It was more the structured play of trying to get six, seven, eight phases in order to score.”

Joseph got her second try in the 48th minute, and Jones’ second conversion pushed the lead out to 14-0. Fullerton responded 10 minutes later when wing Holly Steininger dotted down, 14-5.

“There weren’t really any mismatches; we were pretty even,” DePoint said. “Their backs were good, and their forwards seemed more used to each other, more comfortable with the 50-50 passes. We’re not quite there yet.”

But Tucson had evolved over the course of the season, which had taken the team to California three times already. Those road trips saw rotating personnel in different positions figuring out the ways to win.

“Right before the game, when everyone’s getting taped up, I heard our flanker, Beth [Kleiman], say that for the first time in a long time the team really felt like a family,” DePoint said of the veteran. “They trust each other. On defense, if you trust the girl next to you to make her tackle, then you can play a more aggressive scheme and not worry about the gap you have to cover.”

That theory was put to the test as DePoint started working his bench, and the fresh legs did well to keep pressure high. An intentional knock-on in the 66th minute saw a penalty try awarded, and Jones added the extras for the 21-5 lead. With five minutes remaining, wing Madeleine Endter-McCloy tacked on a fourth try for the bonus point win.

Joseph was named player of the match, serving as marshall on the field and directing traffic while changing various patterns of play. Loose forwards Carly Gieszl, Beth Kleiman and Ciara Boger led the charge on defense, while Jones and flyhalf Alex Rath employed a solid kicking game.

“This is an all-new thing for them,” DePoint looked toward the post-season. “This is a multi-year journey, although this year is special. They’re just starting to understand what it means to be a playoff team from a fitness and dedication point of view.”

Two more games remain for Tucson – San Fernanado Valley at home and Pasadena on the road – but the Lightning are looking good for the post-season. Click here for the current standings.