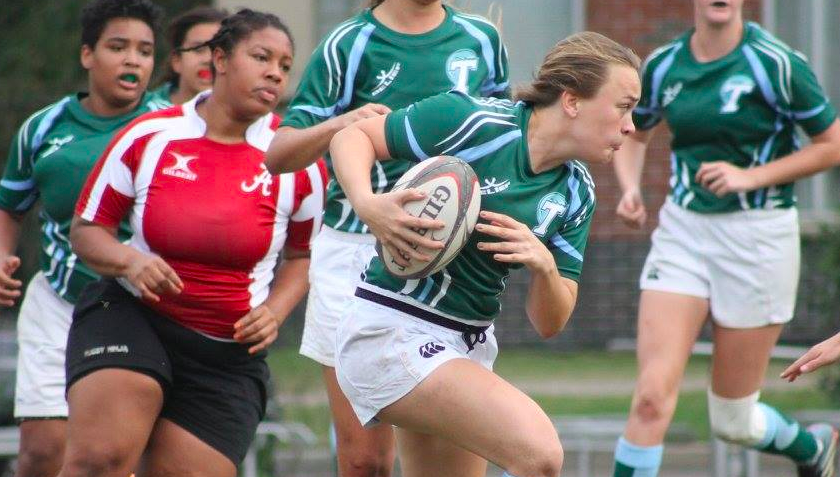 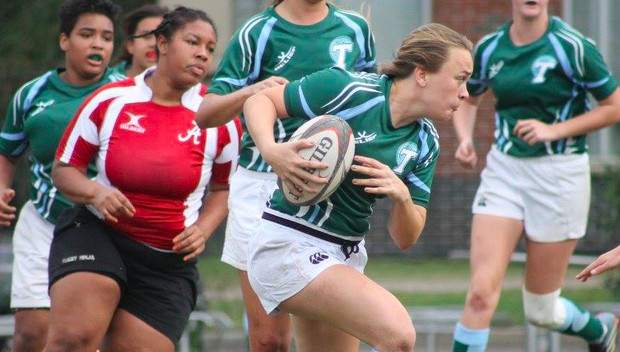 The South Independent Rugby Conference (SIRC) has been a malleable competition. Teams have come and gone, divisions rewritten – all in the name of keeping teams in play and engaged. The 2016 season has focused on the absence of DI and the Florida schools, but the league compensated with the addition of three teams. Tulane, Louisiana State and Arkansas State all joined SIRC’s East division, and some interesting results suggest that they’re complementing the competition.

The biggest coup occurred last Saturday, as Tulane defeated reigning SIRC champion Alabama 36-21 to improve to 2-0. In fact, the newcomer held a 36-point lead at halftime before working its bench and later losing some shape in the fourth quarter. It was a major accomplishment for a team that disbanded about a decade ago, when Hurricane Katrina ravaged the region. Two years ago, behind the hard work of senior scrumhalf Brittany Dykes and club president Alexandra Clarke, Tulane was resurrected. Beginning with fewer than 10 players, the club dedicated itself to recruitment, secured the head coaching services of Jessica Mallindine, and played developmental games at tournaments and against the also-young LSU.

When SIRC realigned in advance of this season, both Tulane, LSU and Arkansas State joined the conference to form the East division with Alabama and Spring Hill College.

“At the end of this year, we’ll actually only lose one player to graduation,” Mallindine said of her mostly freshmen- and sophomore-fueled team. “They do an amazing job recruiting. At this year’s activity fair, we had 108 interested women come to practice. Ninety percent are sorority girls, so it’s an interesting demographic, but they recruit within their sororities.”

Tulane played its SIRC opener against Spring Hill College, but the Mobile, Ala., side forfeited in advance and a friendly ensued. So Saturday’s game against Alabama served as the true inauguration into the league.

“The girls spent a lot of time preparing for this match,” Mallindine said. “They even brought in a coach from the U.K. for a couple weeks. He worked on individual skills one-on-one as well as team dynamics and pattern of play.”

Tulane had played the Crimson Tide during the fall and was familiar with its opponent’s style of play. The defense zoned in on the talented opposition flyhalf and exerted a lot of pressure to stress the fluidity of the backline. That aggression carried over to the tackle and rucks, and Tulane was able to force some influential turnovers for more possession. Tulane did a good job of capitalizing on its opportunities and sent Dykes, Hannah Hoover (2), Elena Garidis, Erica Makar and Gwen Leifer across for tries. Clarke added three conversions for the 36-point first-half shutout.

“We’re really committed to our patterns, and I think they’re different than other clubs out there right now. It created chaos in the Alabama defensive line,” the coach said. “Tulane’s put a lot of effort into developing its attack, building speed and size and working those advantages. We took advantage of any breakdown in Alabama’s line.”

Clarke did an excellent job leading from the loose forwards and continues to be one of the sharpest players on the pitch. Outside center Leifer was particularly impressive with ball in hand. She’s one of the newer additions to Tulane but has proved to be a natural.

“She really stepped up to the plate,” Mallindine praised. “She’s fast-paced, has great footwork, and is a really aggressive attacking center. Her running lines are always phenomenal, and the pace at which she carries puts anyone she faces on their back foot.”

With such a large lead, Tulane pulled off the gas in the second half. Prop Rohen Turner remained inspirational as always, making huge gains with ball in hand and staying hungry. The front row plays a major role in the team’s dynamic, and so when she left the field with an injury (suffered after a 45-meter break ended in the try zone), the absence radiated through the ranks. Coach Mallindine made some substitutions and that loosened Tulane’s otherwise functioning defense. Alabama sent its power runners hurtling through the line and celebrated with three converted tries in the final 20 minutes.

“The last 15-20 minutes of the match really overshadowed the overarching success of getting the win against the reigning leader,” Mallindine said of the players’ postgame mindset. “They had conceded 21 points at the end of match, so there was a bit of frustration around those breakdowns and why they happened. They understand that the win was substantial and meaningful – and I am very proud of what they accomplished – but the last 20 minutes showed them things they need to work on if they want to be a force for the rest of the matrix season.”

Tulane has back-to-back matches against East division leader LSU and Arkansas State, and then the SIRC championships will follow in April. Check out the full SIRC standings here.