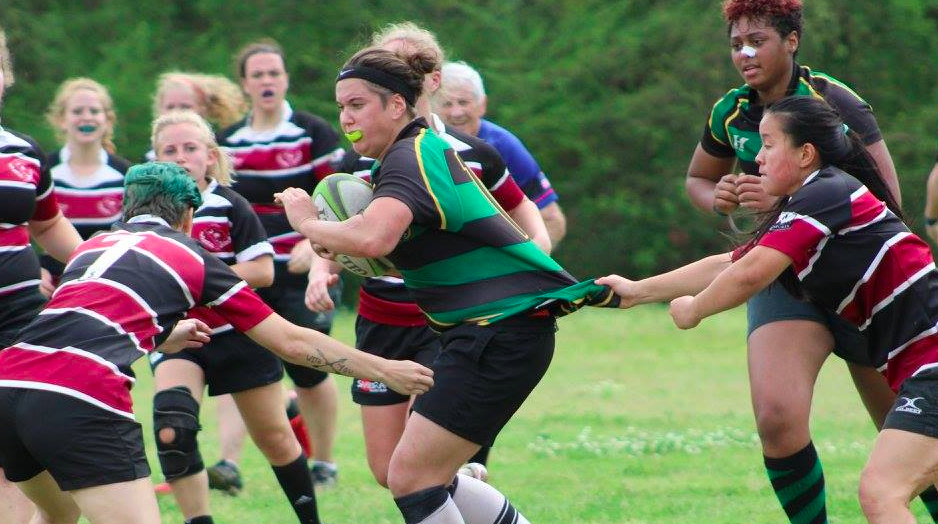 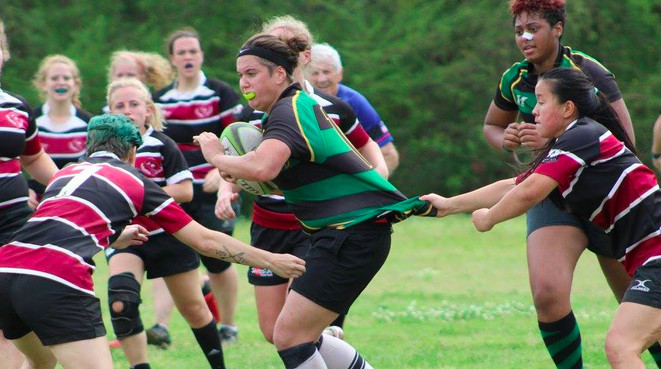 There were plenty of close calls last weekend, and the DII Carolinas college playoff was no exception. Undefeated University of South Carolina received an automatic berth to the DII spring Round of 16, while runner-up UNC Charlotte and third-place College of Charleston competed for the second conference seed to spring regionals.

An aggressive, clean game evolved. UNC Charlotte took the first lead, and over the course of 80 minutes, sent Asiah Peterson (2), Bridget Drake, Faith Sallee, Yolanta Holness and Mindi White across for tries, while Angel Rivera added three conversions. The College of Charleston played catch-up throughout the match and made a valiant surge in the final 10 minutes, capitalizing on fatigue. However, the effort wasn’t enough in the 36-31 decision to UNC Charlotte.

“They challenged us with their rucks,” UNC Charlotte coach Courtney Jessamy reported. “They always had someone hitting a ruck and there in support to maintain possession. Their lineouts were also a challenge for us. They won the majority.”

UNCC played confidently while College of Charleston pressured a lead change, and found and exploited mismatches to create more opportunity. 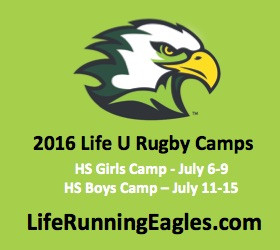 “We took advantage of their timid players,” the coach explained. “On defense, we brought the aggression pressing up on attack. On offense, we did really well with shifting their players to create holes. Our ball movement was efficient, and field awareness was our best yet this season.”

UNC Charlotte now heads to Fredericksburg, Va., this weekend to face Capital champion Salisbury in the spring Round of 16. USC will also be in Virginia and take on Capital runner-up and host Mary Washington. This week, coach Jessamy will focus energy on the forwards’ fine-tuning of lineouts, as well as the mental side of the game.

“Our mental skills are what caused us to lose rucks,” Jessamy thought on lessons learned against College of Charleston. “So we’re going to work on less hesitation and more efficiency so that we can hit those rucks and gain possession dependably for an entire 80 minutes.”

But the team is feeling good heading into regionals. Fitness has skyrocketed since the beginning of the season, and the team has been fortunate to suffer very few injuries.

“I think they’re feeling very confident in knowing that they have the knowledge and skills to compete in the Sweet 16s. They worked to get here,” Jessamy added. “I’ve done my best to make sure they all know their jobs on the field and feel prepared to play as a team.”

UNCC has two graduating seniors, so this trip to regionals will serve the young squad’s player development well. Jessamy indicated that the team has expressed interest in summer 7s, so the North Carolina program is already thinking bigger and better.

For the full DII spring Round of 16 set-up, click here.

Atlanta: A Festival of Opportunity