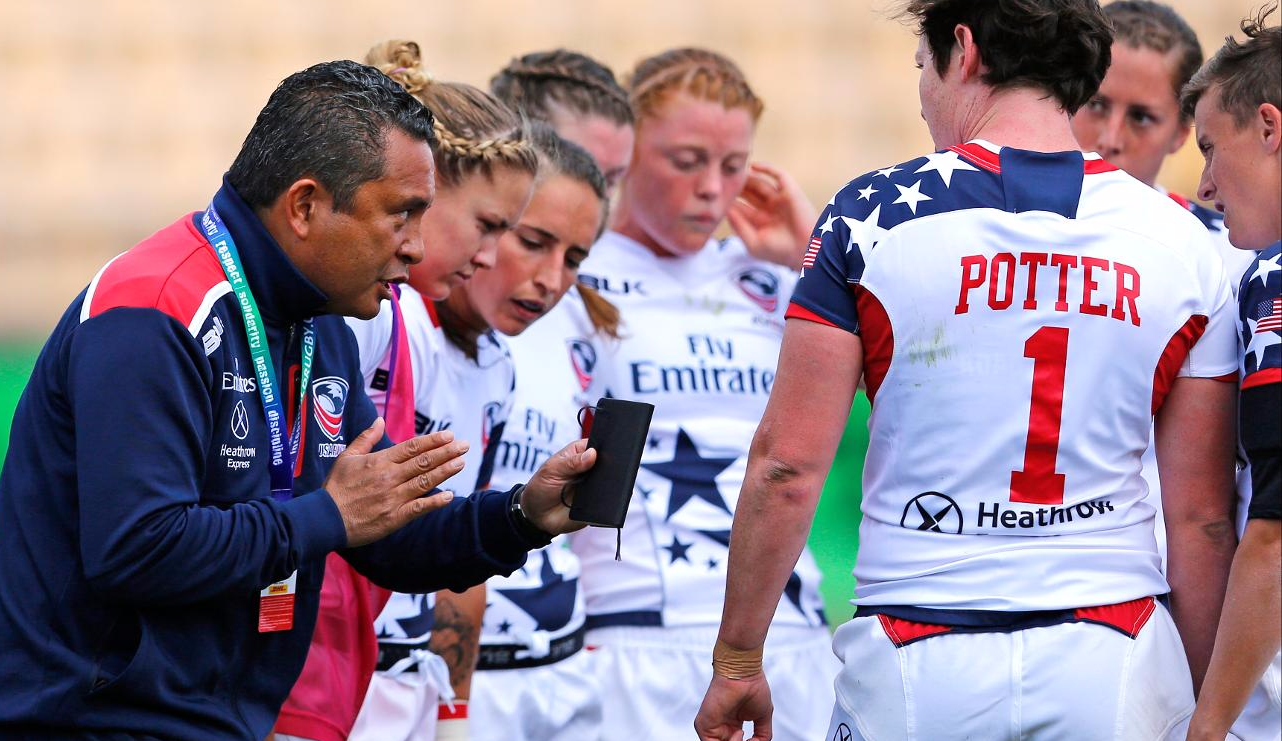 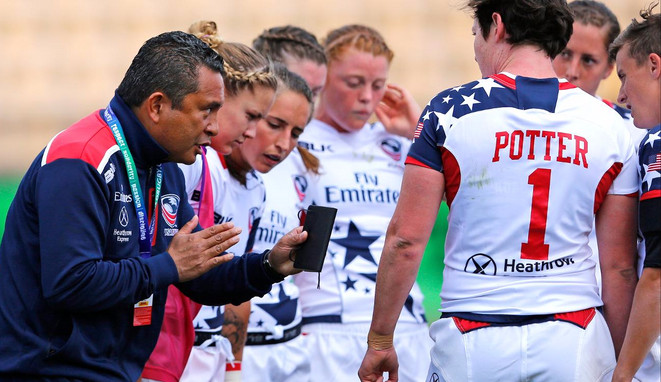 The USA Women’s 7s team needed to restore some confidence after its exit from the Atlanta 7s Cup round, and did so with a massive 38-0 win over Fiji. The Plate semifinal victory sees the Eagles into the Plate final against Russia, which defeated France 24-12.

Fiji was its own worst enemy. Those 50/50 passes in traffic didn’t connect and limited the length of any attacking sequence. The Americans used all that possession to score six tries, two of which came from Alev Kelter. The scrumhalf was missed during the first half of the Australia game, and against Fiji, she reiterated her role as the consummate playmaker and support player. She set up the opening the score, taking the kickoff, pushing off the defense, and hitting Megan Bonny for the sideline sprint.

On the restart, Jessica Javelet relieved some pressure by rounding the corner for a long breakaway. As the defense converged, the wing found center Richelle Stephens in support. She didn’t have the pace to outrun two more defenders, but the rest of the team was set up to move the ball away from the tackle quickly. Kate Zackary assumed the touchline position this time around and scored, 10-0.

During the build-up to the Americans’ next score, Fiji was punished for a forward pass, not releasing, knock-on and high tackle. Meanwhile, Javelet did well to shovel a pass to Stephens while taking hit at the base of the ruck. The center scored easily in the corner, and Bui Baravilala followed with an excellent conversion, 17-0.

Kelter scored tries on either side of halftime. The scrumhalf followed her pass to Megan Bonny, who set up her defender for an inside pass back to Kelter and the try. After the break, Fiji left too big a gap for Ryan Carlyle, who tore deep into the opposition’s end. She couldn’t get the pass off to the trailing Javelet or Stephens, but play restarted after a Fiji offsides penalty. A nifty play with two switches put Kelter through the belly of the defense for the centered try. Baravilala converted for the 31-0 lead.

The final score was a beauty. Attacking from midfield, substitute Nicole Heavirland spun out of contact and took the hit to put Zackary into space. The prop didn’t see the fast-approaching defense from behind, but Zackary did so well to keep her balance and move forward when the tackle attempt occurred. By the time the second defender arrived, Javelet was on the scene and perfectly placed for Zackary’s pop out of contact. Baravilala converted the sixth try for the 38-0 win.

The Eagles will now face Russia in the Plate final at 7:18 p.m. EDT.

Read more on the Eagles in Atlanta: