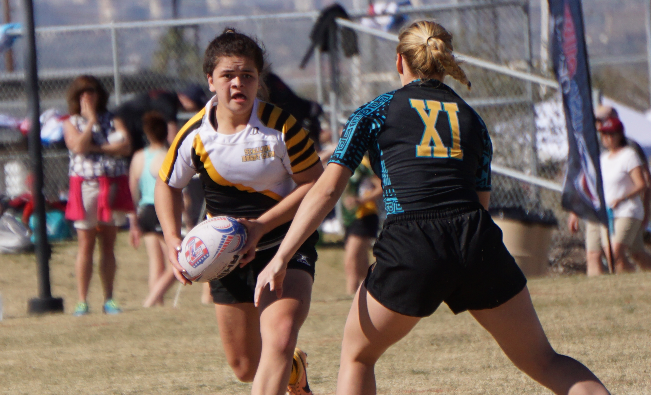 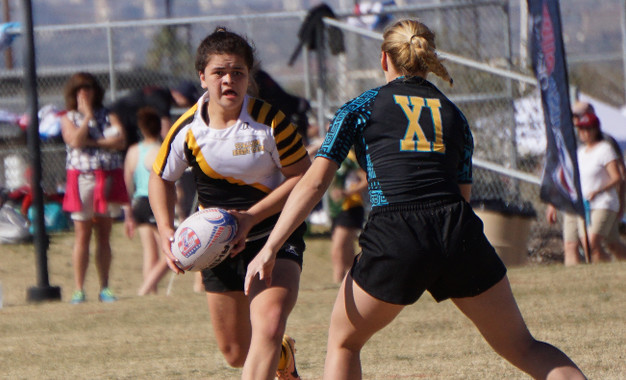 Kat Stowers (seen here at the 2015 LVI) is one of four Orem academy players.

Ten girls’ U18 teams are competing in the Las Vegas Invitational’s elite division this year, and the field is stacked with talent. The majority of teams are U.S. select sides, but a couple of Canadian teams as well as Auckland Marist from New Zealand inject international flavor. Of particular interest is the Utah Lions Rugby Academy, which integrated girls into its very successful boys’ program in October.

The academy held two combines before selecting its class of 12. Five-a-week practices followed, and both the boys and girls train together (non-contact). The players have a round experience, exposed to expert strength-and-conditioning and recovery professionals, while also focusing on academics. Academy members are expected to score 26 or higher on the ACTs and receive aid in improving their results. The goal, after all, is to get the academy athletes into college playing rugby, and the Utah Lions have been very successful in that goal thus far.

Five different clubs are represented on the LVI 7s team. Herriman and Orem have sent four players apiece, United has two, and the Vipers and Snow Canyon have one each. Leading the way are Orem halfbacks Kat Stowers and Charity Tenney. They have been integral in the Stallions’ 7s and 15s state championships, and played on the Orem 7s team that beat the Girls High School All Americans at last year’s LVI 7s.

Once the winter season is over, players will be released to their 15s clubs. When sessions resume for the summer 7s season, that’s when the real fun begins. The boys’ and girls’ teams have been invited to the United World Games (UWG) in Klagenfurt, Austria. The UWG hosts 10 different sports, and invites national and academy teams from all over the world, including England, France, South Africa, New Zealand, Italy and a slew of European nations. More than 7,000 athletes will compete, making the event larger than the Youth Olympic Games. While abroad (June 12-24), the Utah Lions will visit the Dachau concentration camp, stay and practice with the German National team, and visit Munich, Heidelberg, Venice and Salzburg as part of the cultural exchange with the host nations.

Lindenwood a Fave at LVI 7s